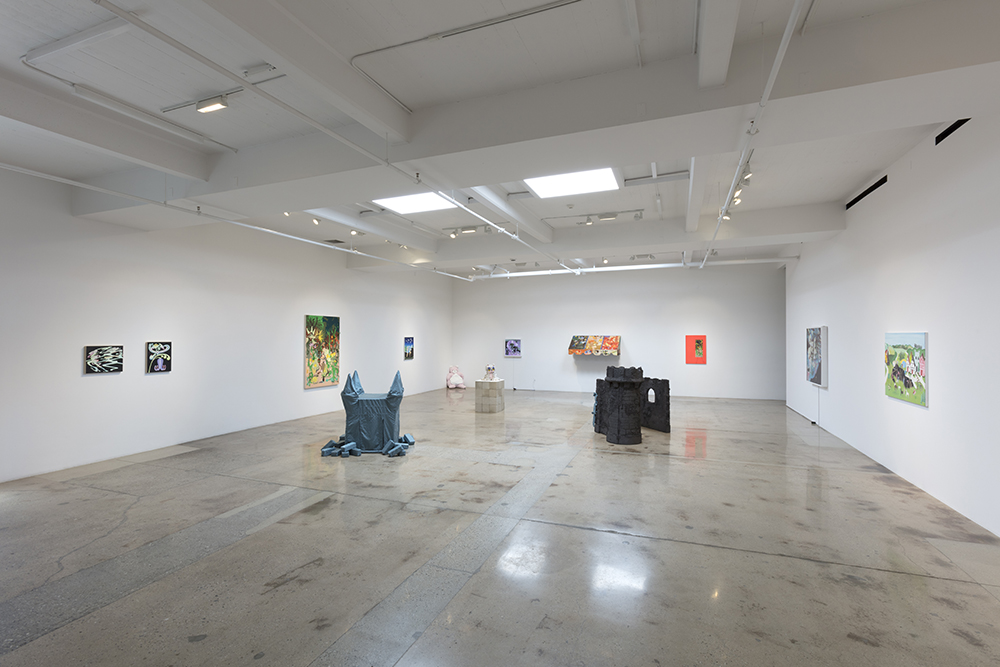 Steve Turner is pleased to present Fantasia, a group exhibition curated by Claire Milbrath inspired by the experimental Disney film of the same name; it features painting and sculpture by six international artists.

When released in 1940, Fantasia’s daring cinematic presentation of abstract and representational art combined with symphonic music was largely met with indifference by the public. Only decades later were Disney’s vivid, psychedelic images recognized as icons in the film canon.

In making the film the animators were encouraged to listen to the music and to create whatever imagery they envisioned. The results included hallucinatory floral ballets, dancing centaurs, swirling planets–and menacing brooms. As much as the film tried to imagine a far-away dreamland, it could not escape some of the dark socio-political issues of the time. While the exhibition takes cues from the sprawling, magical visions of the film, it also acknowledges that utopian themes of one era can often result in apt political metaphors for the present. Like the film itself, this exhibition invites viewers into an imagination excursion, both playful and dramatic, one that encompasses a kind of chaotic delight reminiscent of childhood. Through a combination of three-dimensional, digital, and traditional painting, these six artists create their own kaleidoscopic versions of pictures you can hear.

Claire Milbrath (b. 1989, Victoria, British Columbia) earned a BA in History from Concordia University. She had two solo exhibitions at Steve Turner in 2017 as well as a solo booth at Artissima Fair, Turin in 2018. She is the founding publisher and editor-in-chief of The Editorial Magazine, a print journal on contemporary art.