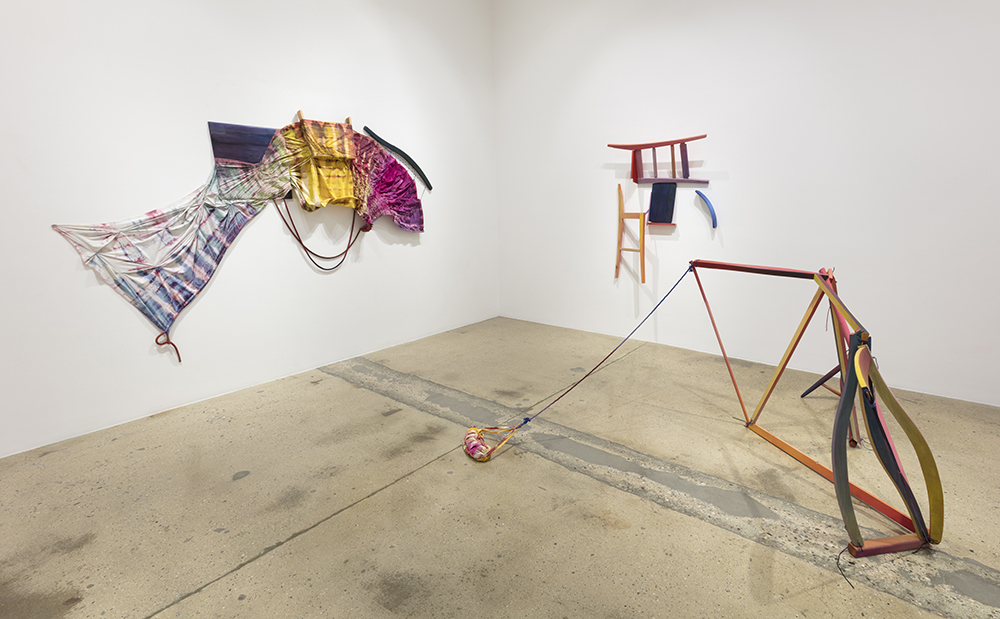 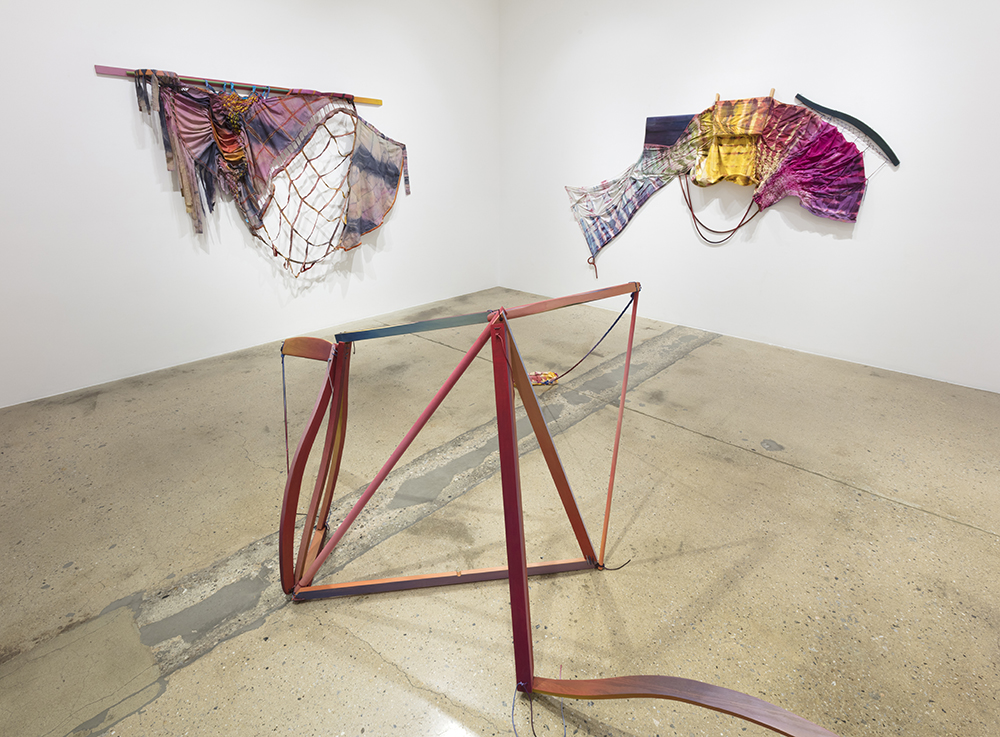 Steve Turner is pleased to present Off Balance, Gabrielle D’Angelo’s debut solo exhibition in Los Angeles which features four wall works and one floor work made from fabric and wood that the artist subjected to numerous operations: dyeing, cutting, drilling, sewing, cinching, tearing, tying, knotting, draping, pleating, stuffing, pouring, painting, staining, folding, wrapping, mixing, soaking, bleaching, resisting, attaching, breaking, ruching, drawstring-ing, embroidering, clamping, carving, sanding, jointing, joining, grooving, nailing, reflecting, applying, expanding, compressing, pulling, breaking, wedging, balancing, weighing, deconstructing, collecting, giving in, taking in, overdoing, leaving, letting go, copying and overstepping. In one, a deconstructed chair has been painted with gradients of color so that it interacts with the light and space of the gallery. In others, fabrics were elaborately treated with techniques like ruching to capture delicate fold lines so that they might appear to be garments clothing the gallery’s white walls. Each work has elements of flatness and volume. However, it is the space in between them that interests D’Angelo most. It is there that movement and action have been recorded and there that they will be perceived.

Gabrielle D’Angelo earned a BFA at Cooper Union, New York (2011) and an MFA at Yale (2019). Between 2011 and 2016, she presented numerous performances in New York. D’Angelo lives and works in Brooklyn.


Lives and works in Brooklyn