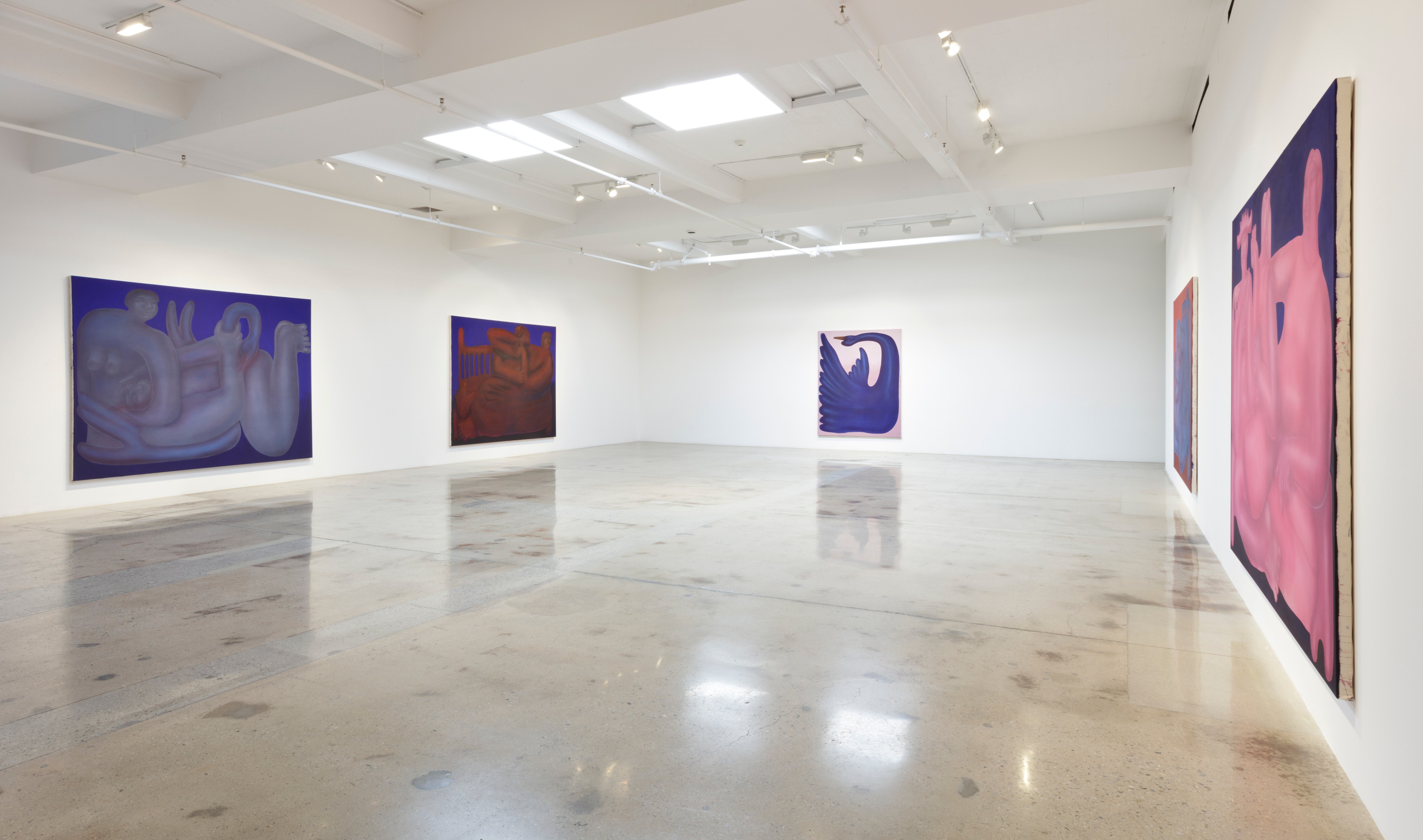 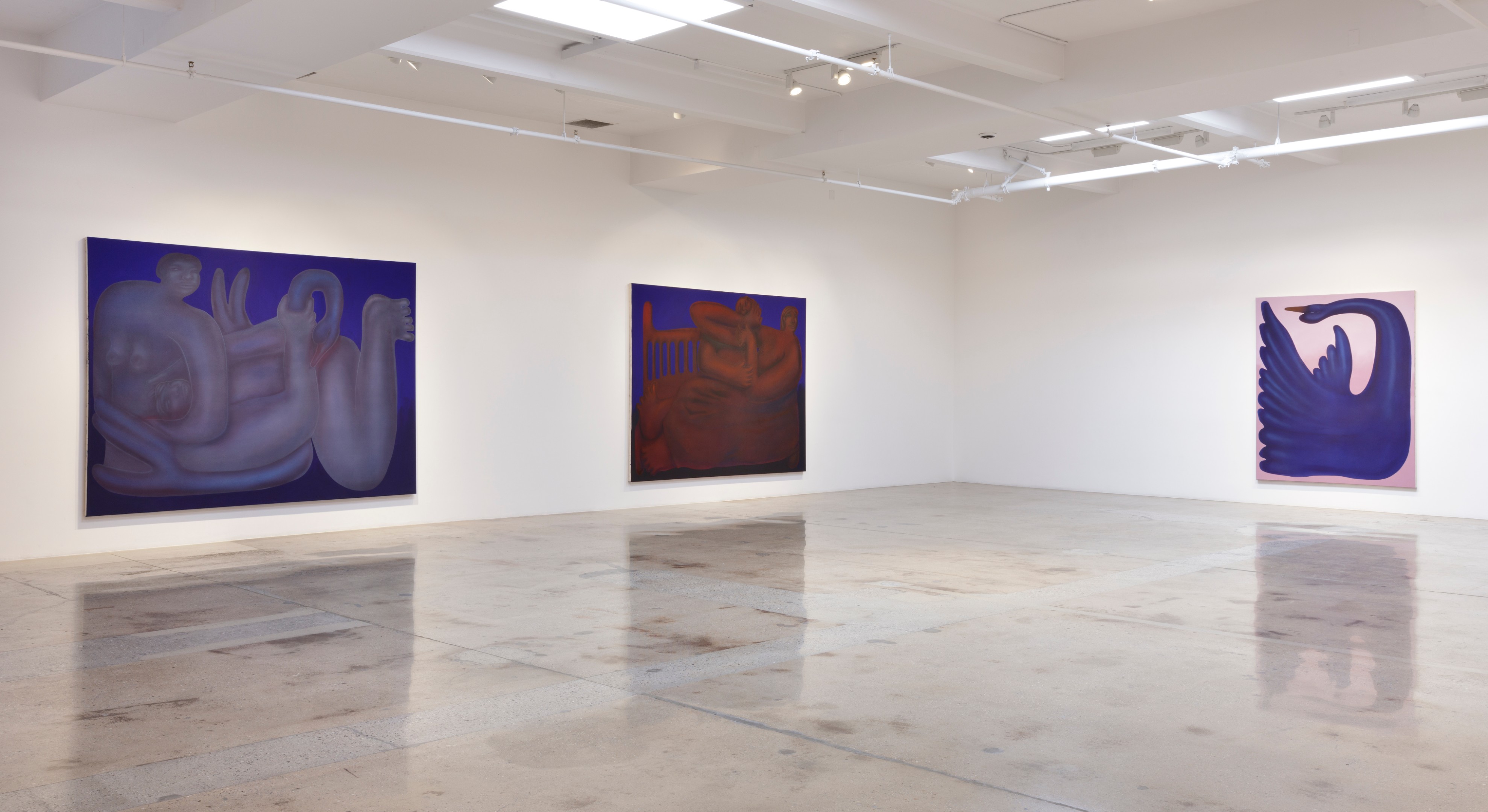 Steve Turner is pleased to present Smothered Awake, George Rouy’s first solo exhibition in Los Angeles. The London-based artist will present five new large-scale paintings that depict simplified human figures in couples or in groups, that are bent, folded, compressed and interlocked so that their forms barely fit within the confines of the canvas. A sixth depicts a black swan similarly contorted with its neck dramatically bent. The paintings typically have no more than three colors, two of which predominate, which Rouy constructs from numerous layers of thinly applied acrylic paint. In so doing, he creates a wide range of subtle color variation within a broad passage. The combination of strange figuration and powerful color relationships elicits comparisons to Tarsila do Amaral for their rhythm and elongated contortion; to Georgia O’Keeffe for their canvas-filling compositions of life stilled; to Mark Rothko for their soft melding of colors and to Milton Avery for their combination of figuration and experimentation with color. Borrowing from a Rothko quote, in which he described his own motivations, Rouy seeks to “express basic human emotions–tragedy, ecstasy, doom and so on.”

George Rouy (born Sittingbourne, England, 1994) received a Diploma in Art and Design from University for the Creative Art, Rochester (2012) and a BA from Camberwell College of Arts, London (2015). He has had solo exhibitions at Anna Zorina Gallery, New York (2018); Hannah Barry Gallery, London (2018) and J.Hammond Projects, London (2017). Smothered Awake was organized by guest curator Brooke Wise.

Born 1994 in Kent
Lives and works in London

2012
In To The Garden, Bishop of Rochester’s Garden, London
UCA, Chatham Dockyard, London