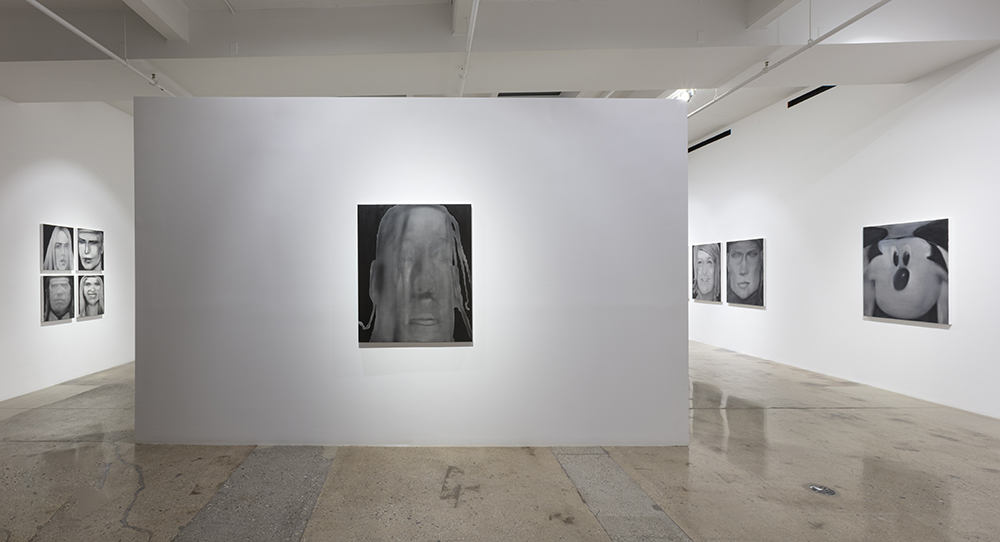 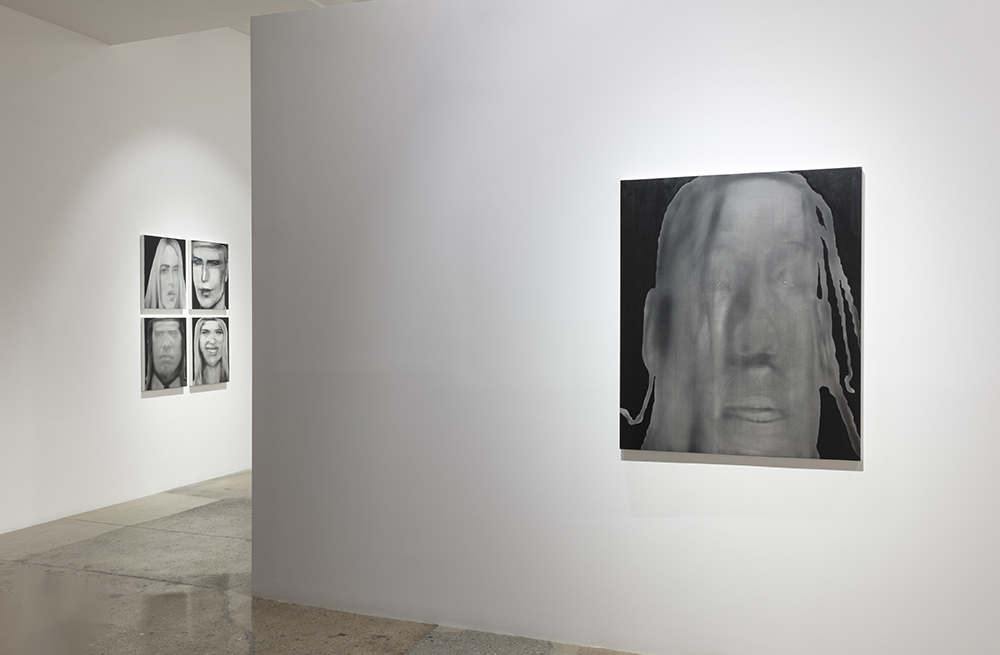 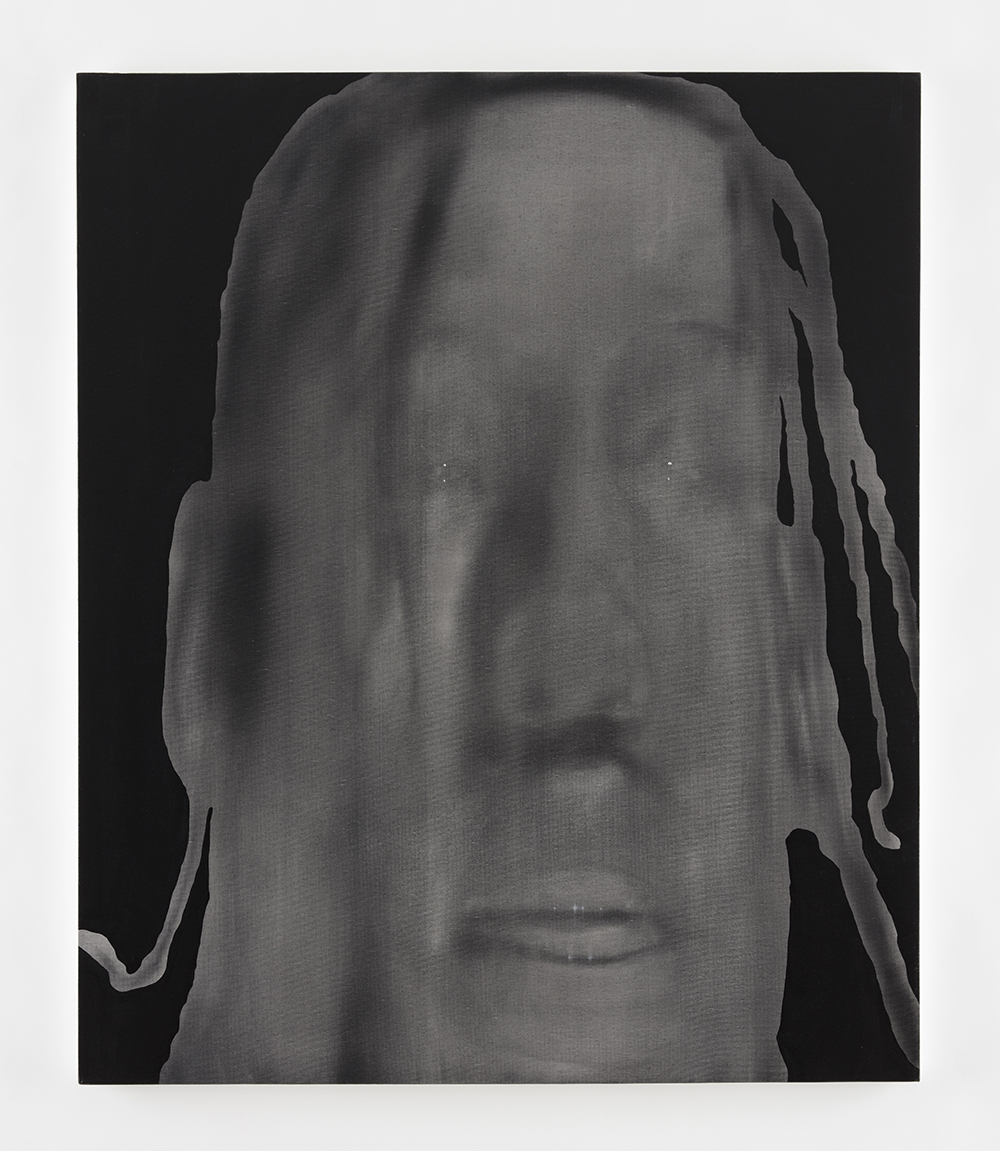 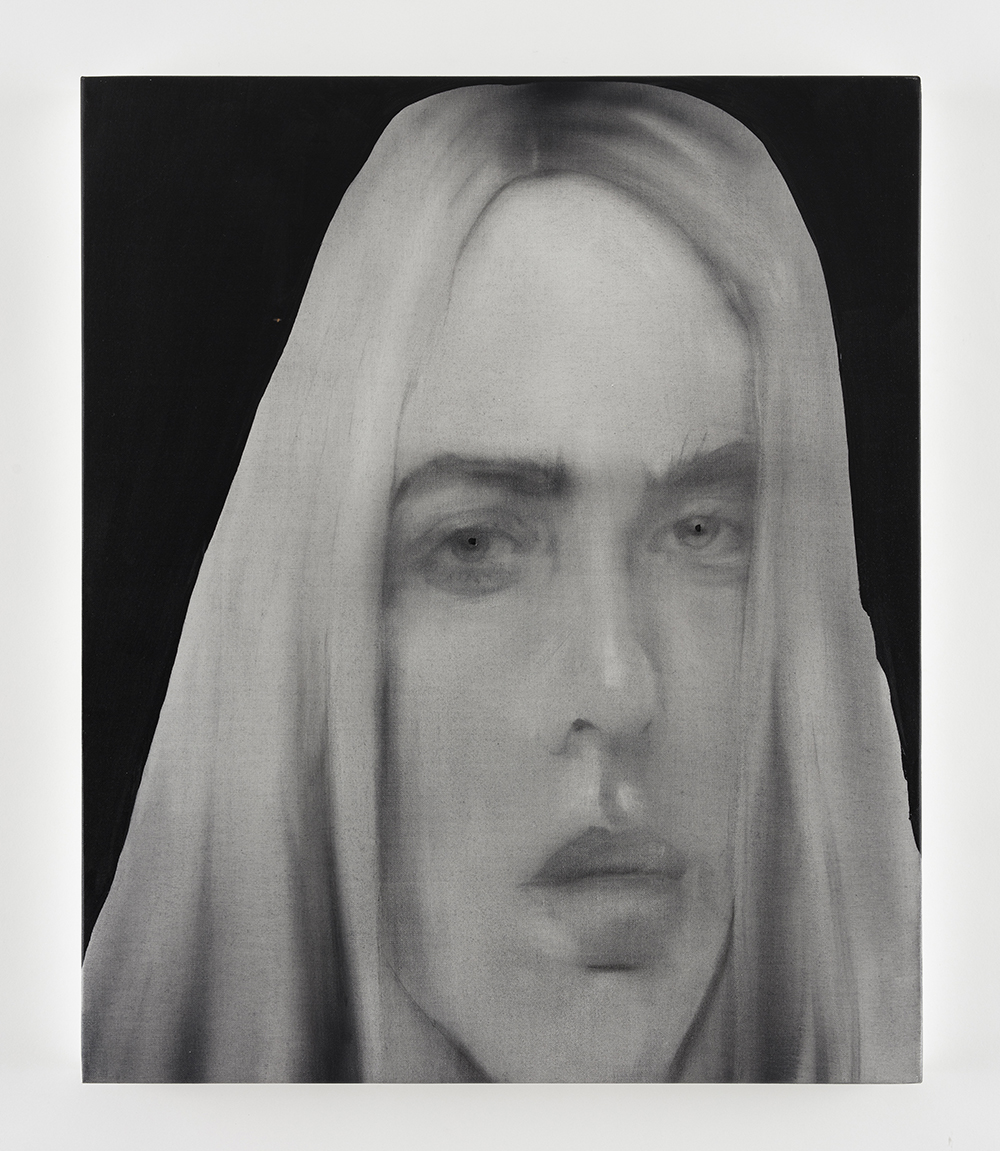 Steve Turner is pleased to present Magic Kingdom, a solo exhibition featuring new works by Dublin-based Jingze Du that relate to American popular culture and celebrity as perceived by Du, someone who spent the first thirteen years of his life in Yantai, China and most of the next twelve in Dublin, Ireland. Du’s vantage point is an interesting one, for though he has yet to visit the United States, he has intensely admired and studied its culture from afar. During the lockdown of Dublin in between late March and early July, he read books and made drawings. Among the books was former Disney Chairman Bob Iger’s “The Ride of a Lifetime” and the first painting he created when he was able to return to his studio was Mickey. Two other Mickeys followed as did characters from Star Wars (a Disney property) and portraits of pop stars, rappers, actors and a king.

Of the twenty-five paintings in the show, all but four are painted with thinned down oil in shades of black, grey and white, in a manner similar to the paintings in In Between, Du’s first solo exhibition at Steve Turner which took place just six months ago. Of these, the subjects are mostly of the human variety except for two Mickeys and a Darth Vader. For titles, each bears the first name of their subject–Brad, Snoop, Martha, Keanu, Kanye, Marshall, Seth and Charlize. The compositions for all but one are close-ups of the subject’s face that nearly fill the canvas. There is some intentional distortion of each as though a mug shot was created by capturing a fun house mirror image. The one exception is the painting of LeBron James which shows him from the waist up. While all of the other oil paintings have a sinister quality, this one is purely heroic. LeBron looks as though he could hold the weight of the world on his massive shoulders.

The remaining four paintings were sprayed with acrylic paint, a new process for Du. Two depict villains from Star Wars with a bit of color added, one is of Batman and the other is of Mickey. With this new series, Du portrays the characters in a chaotically abstract manner that makes villainy and virtue less “black and white.”

Jingze Du (born 1995, Yantai, China) moved to Dublin when he was thirteen years old. He later earned his BA at the National College of Art & Design, Dublin (2017) and his MA from the Royal College of Art, London (2019). He had a solo exhibition at Steve Turner, Los Angeles (May 2020); Sol Art Gallery, Dublin (2019) and has presented work in group exhibitions in London and Dublin since 2016. This is his second solo exhibition at Steve Turner. A new monograph on Du is being published by Steve Turner and is due out in February 2021.