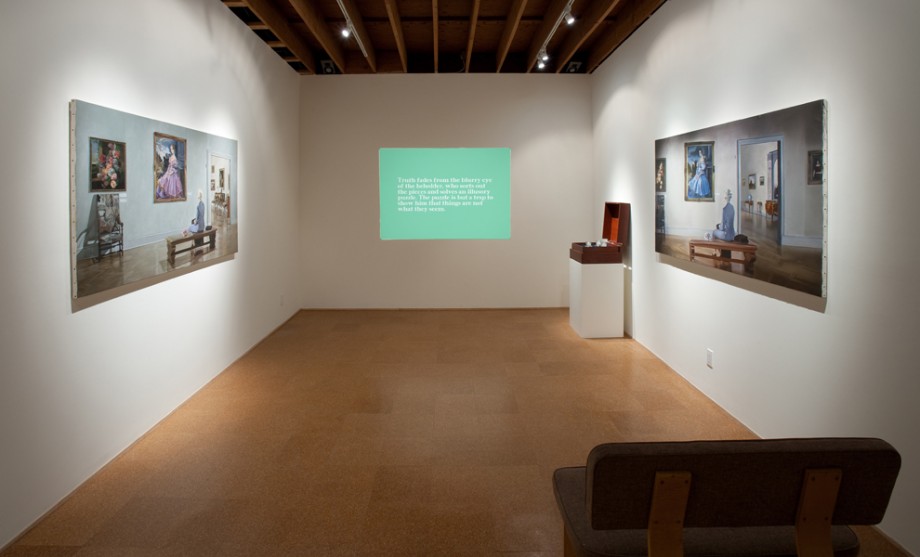 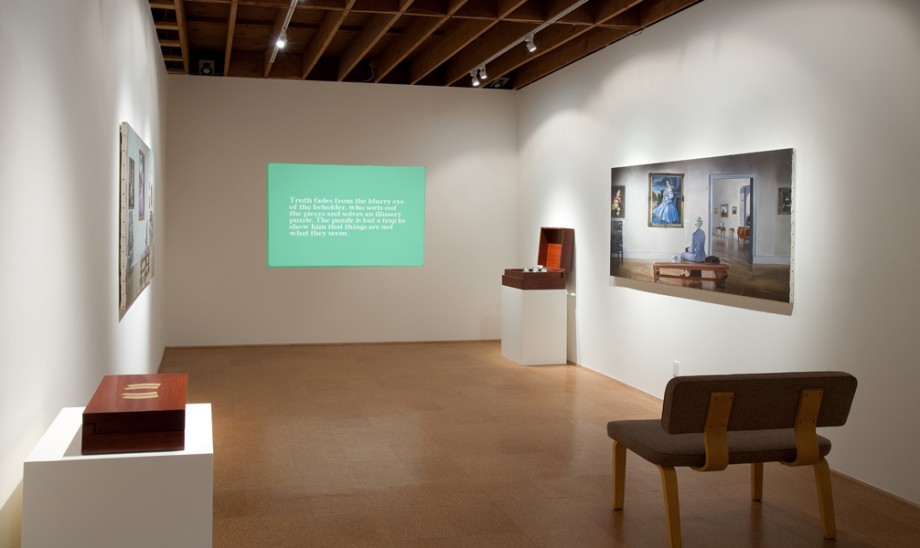 Steve Turner Contemporary is pleased to present Dead Ringers, a solo exhibition featuring a room installation by Monterrey (Mexico)-based artist Leo Marz that will consist of two paintings, a slide projection and two boxes. This is Marz’ first solo exhibition in the United States.

The paintings depict two nearly identical film stills from Alfred Hitchcock’s Vertigo. They portray the scene in which Scottie (James Stewart) observes Madeleine (Kim Novak) sitting on a museum bench gazing at a portrait of Carlotta Valdes. Marz had two identical twins create the paintings for him and they will be installed on opposite walls. A close comparison will show that although they differ slightly, the paintings depict the same scene.

The twin paintings will be accompanied by a slide projection showing brief texts that summarize the plots of other films. Marz hired scenic painters to paint the texts on linen, then photographed the paintings, and then incinerated them so all that remains are their ashes. The plot summaries that he selected could easily be mistaken with that of Vertigo.

The installation will also include two wooden boxes, one named Gimmick and the other Fake. Gimmick will contain a certificate from Marz attesting to the fact that the two paintings were created by identical twins together with hair and blood samples for possible future DNA testing. Fake will house the slides and the ashes from the burned paintings.