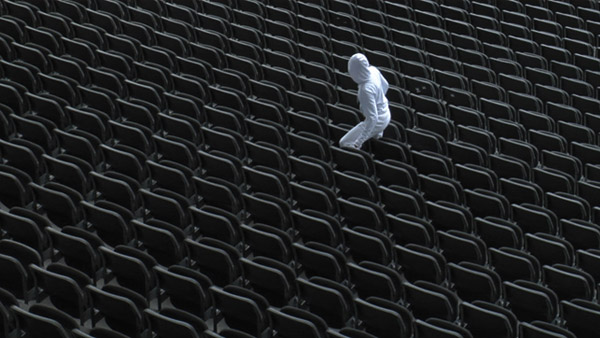 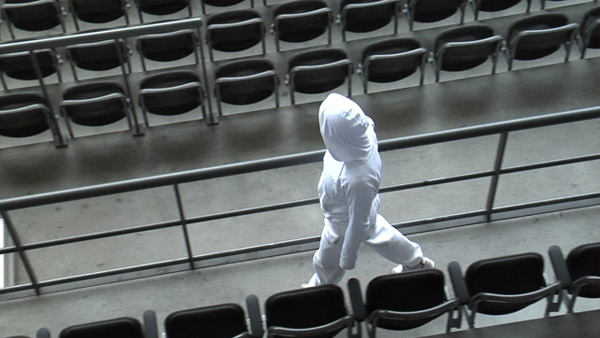 Born in 1969 in North Vancouver, Lynne Marsh received her BA from Concordia University, Montréal and her MA from Goldsmiths, London. She is a Senior Lecturer at the University of Hertfordshire, UK and she lives and works in Montréal, Berlin and London. Her installations have been presented in numerous solo and group exhibitions in North America and Europe with a solo exhibition at the Musée d’art contemporain de Montréal in November 2008. Using video, performance and sound, Lynne Marsh creates immersive environments that play on the tension between spectacle and conceptual space. Stadium (2007-08), presented at the Steve Turner Contemporary in March 2008, was filmed in the Berlin Olympic Stadium and informed by the work of Leni Riefenstahl, whose controversial film of the 1936 Olympic Games was shot in the same location.