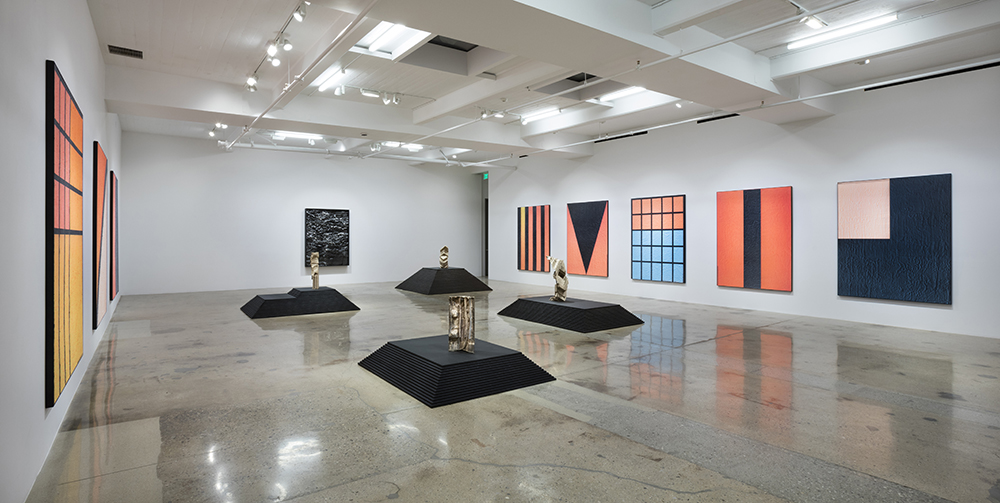 Steve Turner is pleased to present Anytime Anywhere, a solo exhibition featuring new works by Melbourne-based Michael Staniak that result from his ongoing study of digital culture and his experimentation with new materials and processes. Three new bodies of work will be unveiled in Anytime Anywhere – bronze sculpture, paintings and 3D routed wall reliefs. Two of the bodies of work—the bronzes and the routed works—descend from data sourced from an online database while the paintings originate from the artist’s imagination. Staniak has once again created works that have a deceptive appearance–texture, depth, material, weight, and process are all hard to assess without referring to the checklist. Even then, it is difficult to reconcile what one sees with what one knows, and this is a fundamental element of Staniak’s practice, one that encourages careful and thoughtful observation while suggesting that there is a lot more to his work than meets the eye.

While the Internet can transcend geography and reorder the timeline of history, it does not prevent its users from forming new tribes that have their own rules, symbols and artifacts. In Anytime Anywhere, Staniak’s new creations can be seen as the physical footprint of online culture.

Michael Staniak (born 1982, Melbourne) earned a BFA and an MFA from the Victorian College of the Arts, Melbourne as well as a BA from Middle Tennessee State University. He has had solo exhibitions at Contemporary Art Museum, St. Louis (2015); Annarumma Gallery, Naples (2015); and Steve Turner, Los Angeles (2014 & 2015). His work has been included in group shows at the Moving Museum’s Istanbul project (2014) and Kunsthalle Vienna (2014, 2015). The Contemporary Art Museum, St. Louis will publish a monograph later this year.