It's The Thought That Counts 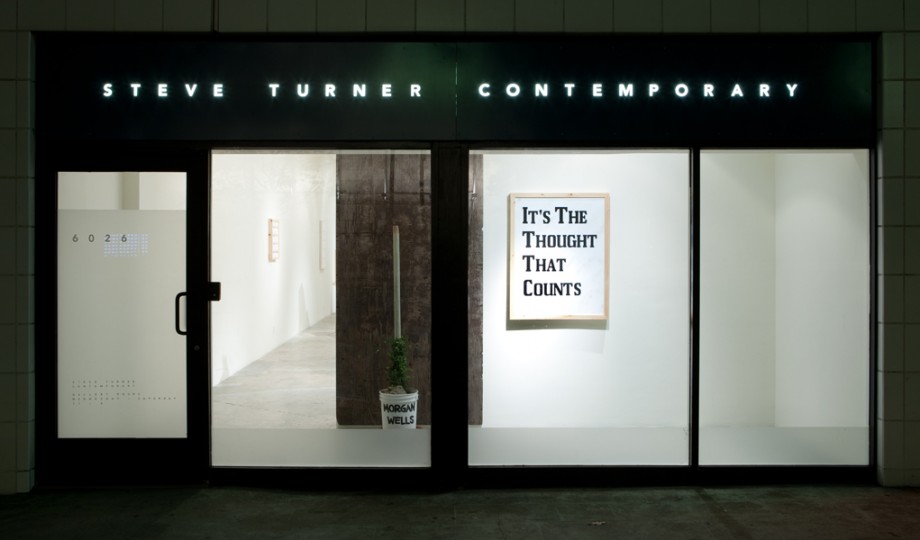 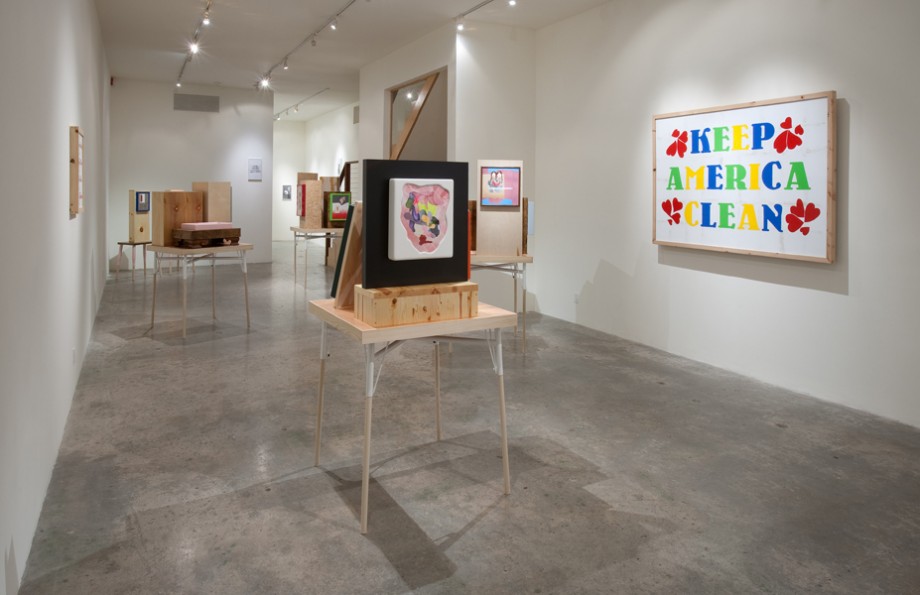 Steve Turner Contemporary is pleased to present It’s The Thought That Counts, a solo exhibition by Los Angeles-based artist Morgan Wells that will consist of three distinct yet connected bodies of sculptural work. This is the artist’s second solo exhibition at Steve Turner.

The sculptural objects in Possible Side Effects are titled after possible side effects caused by various medications. By using illness and physical ailments, the artist connects the works to the body, not only to the physical body, but also to its psychological and emotional states. Each work consists of three parts: an image, a frame and a structure to which it is attached. The images vary dramatically in style and form with each installed in a frame that the artist hand-carved and painted and each frame hanging on its own distinctive structure.

There will also be four text-based works that have the look and feel of signage. Each is painted on cardboard, but there is only faint evidence of this because the artist laboriously reworked the surface so that there is now only a trace of its underlying composition. Text is then hand painted on the surface in thick gloss enamel. From a distance, the lettering looks as if it were applied with vinyl, but upon closer examination, the viewer sees thick brush strokes, and imperfect lines. Large, heavy frames that the artist made from standard 2x4s hold each sign. The four works have the following texts: It’s The Thought That Counts; Free Dirt; Keep America Clean; and Freedom From Pain, Freedom to Move, Freedom to Live, Return to Freedom.

Finally, there will be a selection of photo-based, text works on paper, each using the text “Do You Ever Feel Like Nobody Really Cares?” which was taken from a propaganda booklet that the artist found ten years ago. The works feature photographs that the artist took with his mobile phone, which he then enlarged and modified by repeatedly running the sheet through a photocopying machine. After that, Wells completed the work by adding an element of collage, applying a brush stroke or spraying shots of paint.