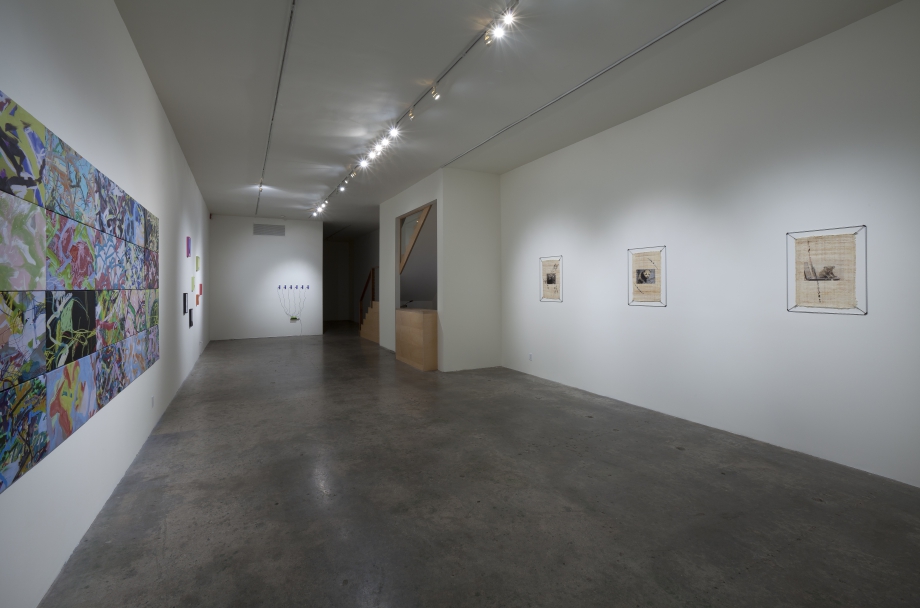 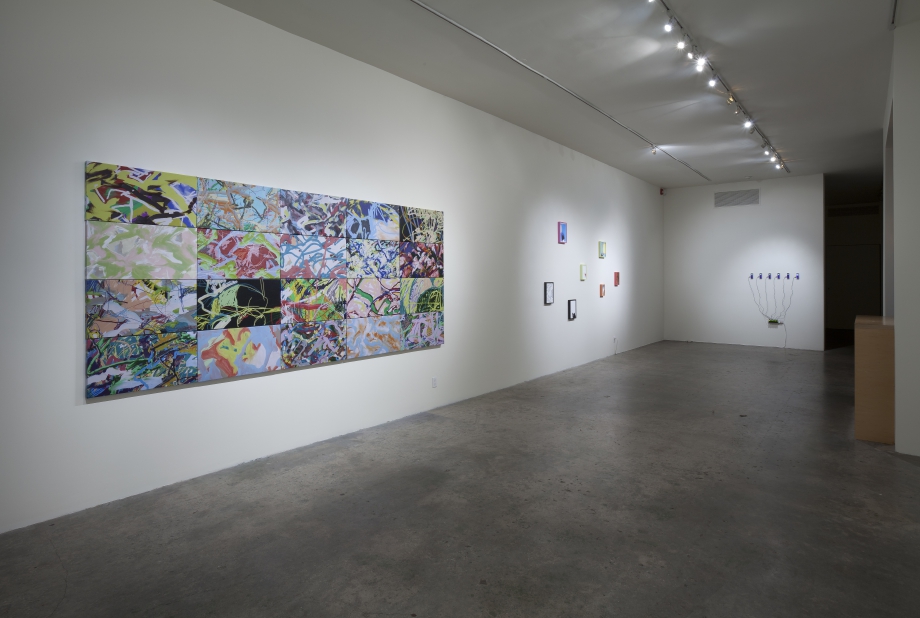 Katja Novitskova. Curiosity and Opportunity: Next Best Thing To Being There, 2012. Online panorama app for mobile and desktop browsers, Dimensions variable

Katja Novitskova. Curiosity and Opportunity: Next Best Thing To Being There, 2012. Online panorama app for mobile and desktop browsers, Dimensions variable

Steve Turner Contemporary is pleased to present Over the Valley, an exhibition curated by Lucy Chinen, consisting of works by Metahaven, Goldin+Senneby, Electronic Disturbance Theater, Michael Manning, Katja Novitskova and Andrew Norman Wilson. Created over the last five years, the works reflect the distinct practices of three collaborative and three individual artists from Europe and the United States. They are not part of any movement and they do not share common methods of production, yet all the works in this exhibition address the ever-expanding cultural influence held by the most powerful tech companies. The title refers to Silicon Valley, its influence, its promise and its failures. Companies such as Google, Microsoft, Amazon and Apple promise a better life served by innovation and the artists in Over the Valley use such new technologies in unexpected ways.

Metahaven will exhibit six scarves that were designed for the rebranding of Wikileaks and a graphic that questions the notion of transparency within information networks. Goldin+Senneby will present a projected image with voice-over that documents their quest to find the source of the Microsoft Windows’ desktop image. Electronic Disturbance Theater will show their Transborder Immigrant Tool which uses disposable mobile phones that function as navigation systems leading immigrants to resources while crossing the Mexico-United States border. Katja Novitskova will present Curiosity and Opportunity, a panoramic application which is viewed on an iPad and was modeled after images of Mars captured by the Opportunity rover. She will also present digital prints on papyrus that depict potential hybrids between nature and technology. Michael Manning will exhibit a group of twenty paintings from his series  Microsoft Store Paintings which he created at the company’s new retail stores using Fresh Paint, their default painting program. Andrew Norman Wilson will show a selection of his ScanOps which depicts the unintended presence (a hand, a finger, a page that was moved during scanning) of a book-scanning employee of Google Books, referred to as a ScanOp.

Over the Valley will be accompanied by a catalog available for free download.

Goldin+Senneby is a collaboration comprised of Stockholm-based artists Simon Goldin and Jakob Senneby. They are interested in the realms of finance and enterprise and their projects often incorporate such concepts while involving the participation of an array of specialists.  Solo exhibitions include M&A, Artspace NZ, Auckland; DPAG, Dunedin; I dispense, divide, assign, keep, hold, NAK, Aachen; Standard Length of a Miracle, CAC, Vilnius; The Decapitation of Money, Kadist, Paris and Headless, The Power Plant, Toronto. Group exhibitions include The Deep of the Modern, Manifesta 9, Genk; The End of Money, Witte de With, Rotterdam and nThe Moderna Exhibition, Moderna Museet, Stockholm.

Electronic Disturbance Theater is a San Diego-based collective whose practice consists of acts of civil disobedience within digital and non-digital spaces. The collective includes Brett Stalbaum, Amy Sara Carroll, Elle Mehrmand, Micha Cárdenas, and Ricardo Dominguez. In a project called FloodNet, EDT developed ‘Virtual-Sit-In’ technologies in 1998 in solidarity with the Zapatista communities in Chiapas, Mexico. Their Transborder Immigrant Tool was under investigation by members of the United States Congress and the FBI Office of Cybercrimes, who questioned the application’s legality, and was also exhibited in the 2010 California Biennial, Orange County Museum of Art.

Michael Manning is a Los Angeles based artist who engages with technology and social networking in the creation and distribution of his work. He is a contributing member of PhoneArts.Net, an ongoing collection of artwork made on smartphones. His work has been included in Open Network, Cirrus Gallery, Los Angeles; A Small Forest, Kunsthalle New, Chicago; BYOB MOCA LA, Museum of Contemporary Art, Los Angeles; Best of Fach & Asendorf Gallery, Museum of Moving Image, New York; Astral Projection Abduction Fantasy, Monstertruck Gallery, Dublin; USB show, Point Ephemere, Paris; QR/ART, Portland Museum of Art, Portland and Streetshow: The Things Between Us, Eyebeam Center for the Arts, New York. His work has been featured in ArtInfo, Rhizome, Creators Project, The Verge and CNET.

Andrew Norman Wilson is a New York-based artist whose work focuses on globalization, forms of employment and flow of capital. He has had a solo exhibition at threewalls, Chicago and has upcoming solo exhibitions at Club Midnight, Berlin and Important Projects, Oakland. His work has been included in Palazzo Peckham at the 55th Venice Biennale in 2013; Art Basel 2013; Beton Salon, Paris and Carroll / Fletcher, London. He was recently an artist in residence at Impakt in Utrecht and was a 2012 artist in residence at the Headlands Center.

Lucy Chinen is a MA candidate in the Media Studies and Digital Culture program at the University of Amsterdam. Her curatorial projects include Immune Stability, a collaboration between Amalia Ulman and Lauren Elder, Steve Turner Contemporary, Los Angeles; Maybe New Friends, a social media satire viewable on American Medium TV; Art Object Culture, Cirrus Gallery, Los Angeles and Rhizome ArtBase. Between 2010 and 2012, she was the Associate Director of Steve Turner Contemporary, Los Angeles.