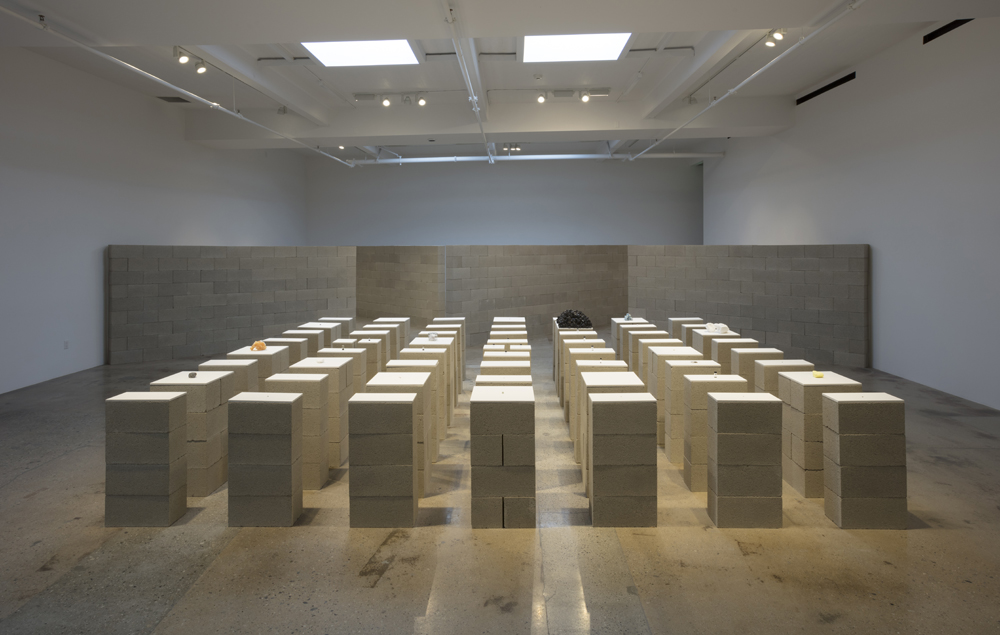 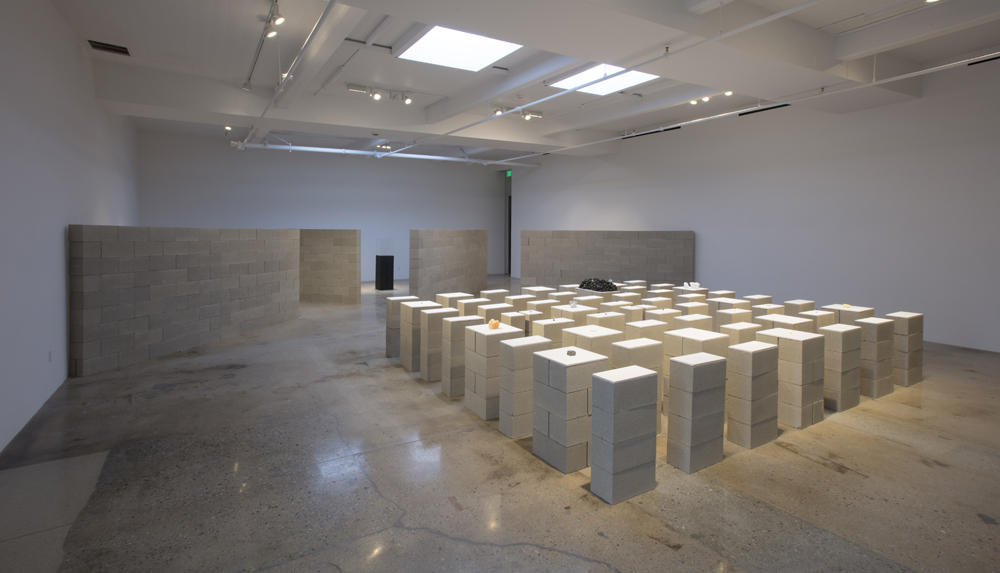 Steve Turner is pleased to present Horizon, a solo exhibition by the Mexico City-based Pablo Rasgado which consists of three related bodies of work.

The first consists of numerous minerals that are composed of the same elements that exist in the human body (including carbon, nitrogen, calcium, potassium, sulfur, sodium and magnesium) each presented atop an individual pedestal. The precise amount of each mineral reflects the amount of the related element that exists in an average human body. The second consists of assemblages that Rasgado fashioned from the same amount of each mineral together with pulverized calcium. Finally, there will be a sculptural portrait made of iron that has been synthesized from the blood of the portrait’s subject. This small scale iron sculpture contains the genetic traces from the donor. As such, it relates to both art and anthropology. It is a depiction of the subject and by its chemical content, it describes the subject’s place and time. The portrait will be presented on a pedestal with a glass cube surrounding it, the volume of which corresponds to the volume of the portrait’s subject.

In archaeological terms, a horizon is the distinctive type of sediment, artifact, or other cultural trait that is found across a large geographical area. In Horizon, the horizon is both a portrait and a landscape.

The artist wishes to acknowledge Daniela Franco, Felipe Bracho Cruz-Gonzales, Dr. Fernando Muñoz and Ing. Rodrigo Gutiérrez Navarro, the scientists with whom he has closely worked to realize Horizon and Synthesis, a related installation that will be presented the Bienal de Cuenca 2016.  He would like to also acknowledge the financial support of the Pollock Krasner Grant and Jóvenes Creadores (FONCA) without whom these projects would not have been possible.