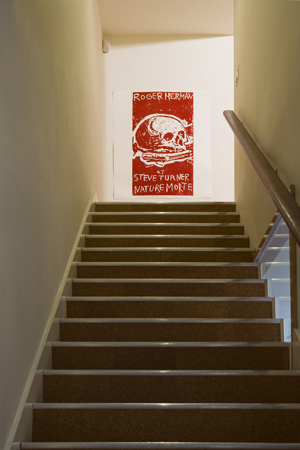 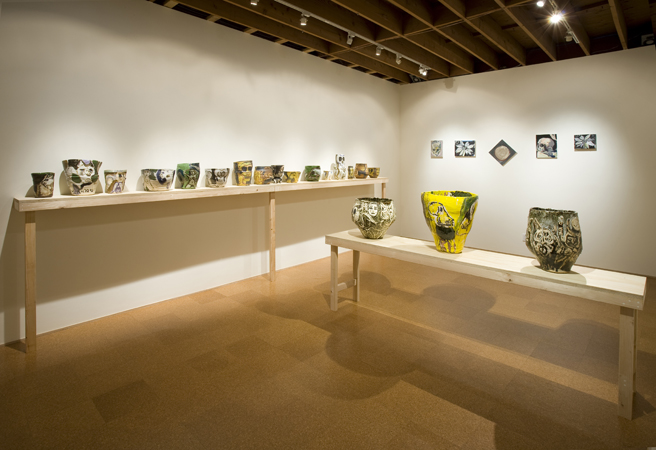 Herman, who is widely known for making large scale neo-expressionist paintings and woodcuts, will exhibit a group of small paintings and painted and glazed ceramic vessels in a range of sizes. The artist draws from a wide array of sources including Goya, Japanese Manga, Posada prints, pornography and wrestling magazines. In his largest ceramic works, these varied sources overlap throughout the vessel.

Born in 1947 in Saarbrucken, Roger Herman studied at the Staatliche Akademie der Bildenden K�nste, Karlsruhe before moving to Los Angeles in 1981. Over the past thirty years, he has shown his works nationally and internationally with solo exhibitions at Susanne Vielmetter Projects, Los Angeles; Ace Gallery, Los Angeles and New York; Ursula Krinzinger, Vienna; the Los Angeles County Museum of Art; the La Jolla Art Museum; the Santa Monica Museum of Art; and the San Francisco Art Institute. He has been a professor in the art department at UCLA since 1985.