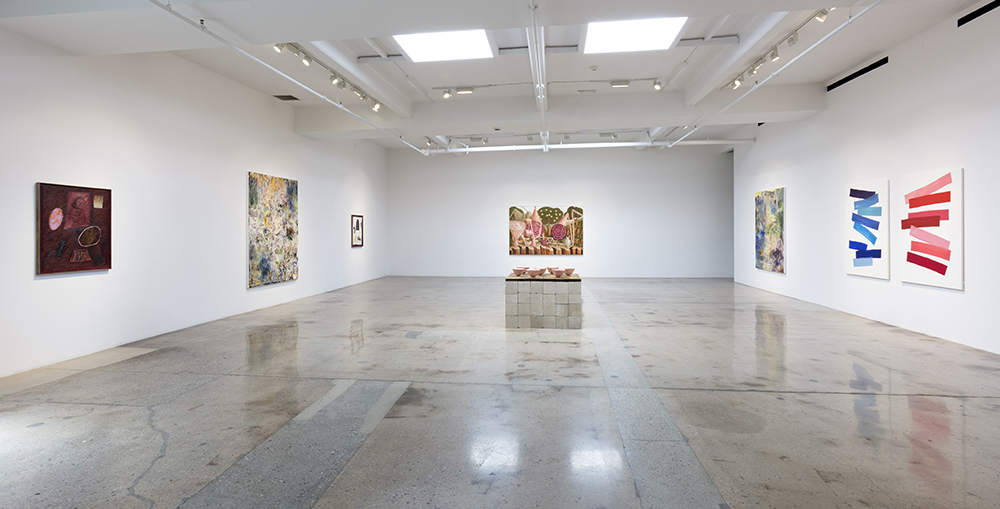 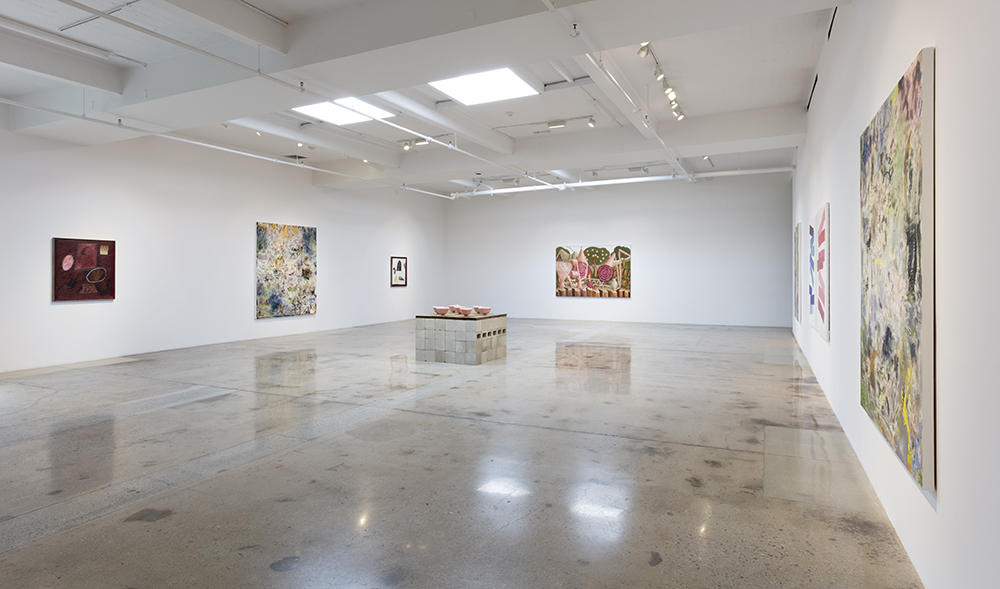 Steve Turner is pleased to present Surface Tension, an exhibition featuring recent works by six emerging artists: Joaquin Boz (Buenos Aires); Siro Cugusi (Sardinia); Stevie Dix (Suffolk, England); Kiyoshi Kaneshiro (Alfred, New York); Gabby Rosenberg (Los Angeles) and Jessica Wilson (Glasgow). Each of the artists was selected for his or her distinctiveness–in philosophy, motivation, concept, process and result–and for his or her harmony with the others.

The diversity of styles is notable. Boz paints on large wood panels with his hands, adding and removing colorful gestures until he decides that a painting is finished; Cugusi creates fantastical scenes that are based on the flora of his native Sardinia and the fauna of his mind; Dix uses thick passages of paint to create personal symbol-laden paintings; Kaneshiro uses bright pink and yellow glazes to create ceramic vessels that seem to have been frozen while exploding; Gabby Rosenberg composes with color fields to depict figures or abstract forms; and Jessica Wilson applies simple passages of color against solid backgrounds. Though they sound very different when described, the works are compatible. Each has a traumatized surface that bears the scars and scratches of its maker’s labor, self-reflection and improvement.

Siro Cugusi (b. 1980, Sardinia,) earned a BFA and MFA in painting at the Academy of Fine Arts, Sassari. He has had solo exhibitions at Lux Art Institute, Encinitas (2017); Galleri Kant, Copenhagen (2018); Annarumma Gallery, Naples (2019) and Agencia De Transitos Culturales, Santa Cruz de Tenerife (2019). He will have a solo exhibition at Steve Turner, Los Angeles in March 2020. Cugusi lives and works in Sardinia.

Gabby Rosenberg (b.1992, Chicago) earned a BA from Hampshire College (2014) and an MFA from CalArts (2018).  She had a solo exhibition at Steve Turner, Los Angeles earlier in 2019 and her work is currently on view in Show Me as I Want to Be Seen at the Contemporary Jewish Museum, San Francisco. Rosenberg lives and works in Los Angeles.