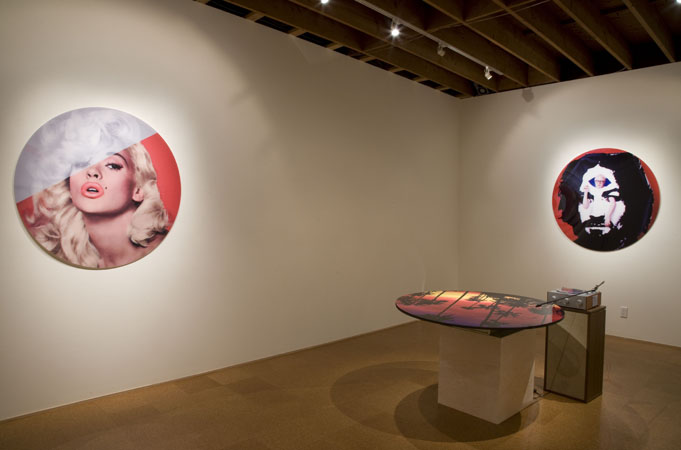 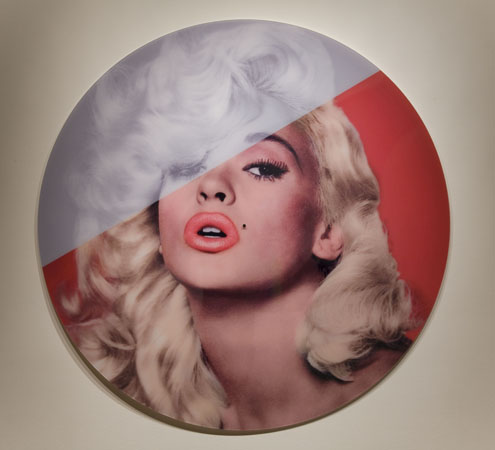 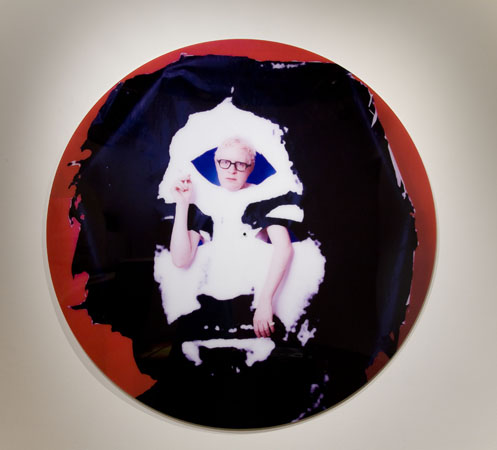 Steve Turner Contemporary is pleased to present His Master’s Voice , an exhibition featuring new works by the San Francisco-based artist Tim Sullivan. This is Sullivan’s second solo exhibition with the gallery.

For His Master’s Voice , Sullivan has created several large phonographic-photographic discs on which he has recorded modified versions of various California pop anthems (including Hotel California by the Eagles and Going to California by Led Zeppelin). The discs are four feet in diameter and will be displayed on the gallery walls; they will also be played on a very large record player that Sullivan has crafted.   His Master’s Voice refers to the title of Francis Barroud’s 1899 painting of Nipper, the now well-known image of a black and white fox terrier listening to the voice of his master on a phonograph that subsequently became the logo for RCA Victor.

While growing up in the Midwest, Sullivan developed a fascination with California as it was portrayed in film and music. His work continues to be inspired by various subcultures of California Hollywood, hippies, death cults, sun worship, surf culture and Heavy Metal and how they entered pop culture.