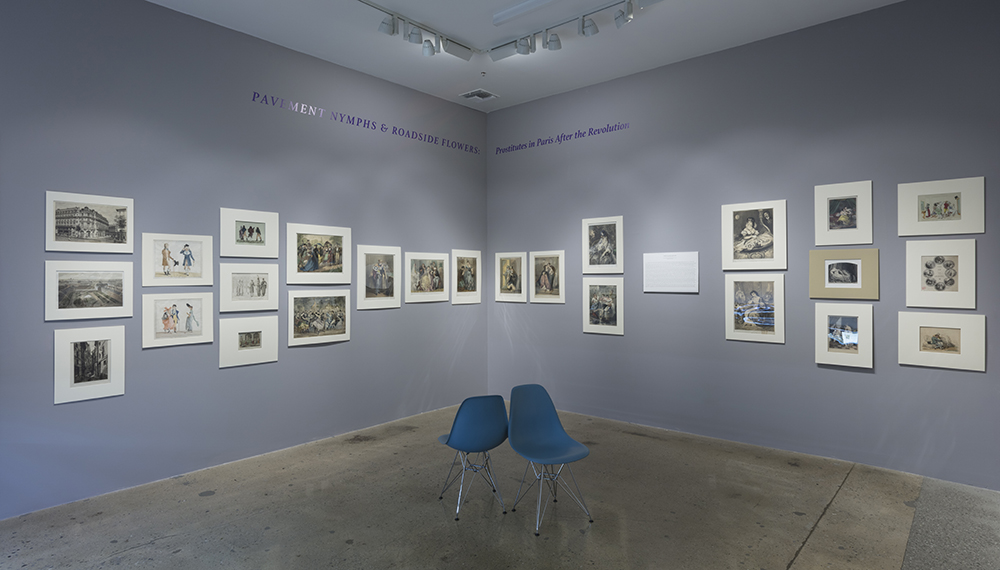 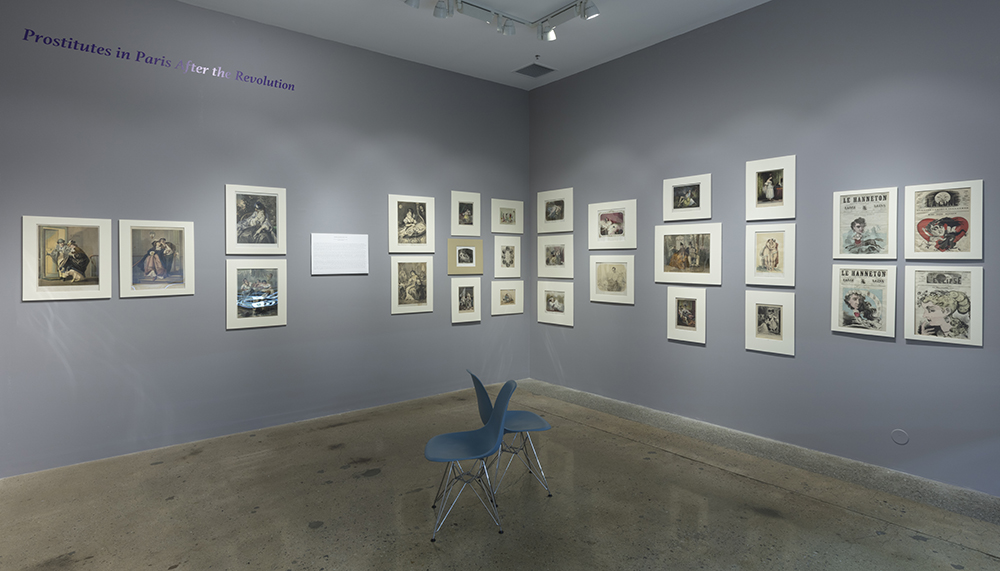 Steve Turner is pleased to present Pavement Nymphs and Roadside Flowers: Prostitutes in Paris After the Revolution, an exhibition of 18th and 19th century prints, photographs and books curated by Victoria Dailey. The exhibition is a sequel to Tea and Morphine, the exhibition Dailey co-curated at the Hammer Museum in 2014 on women in Paris in the late 19th century. In Pavement Nymphs, Dailey delves further back in time, to the period after the fall of the Bastille to the rise of the Eiffel Tower, to show how gratifying male sexual desire became a central issue in Parisian society. Over 50 images of prostitutes, their clients, their haunts and their private moments will be presented.

The exhibition accompanies a broadside produced by Dailey which lists 400 French synonyms for prostitute along with her essay of the same title co-published by The Los Angeles Review of Books and The Book Collector (London).

Victoria Dailey is a writer, curator and antiquarian bookseller. Her areas of specialty are Paris in the 19th century; the cultural history of Southern California; and the history of the book. Her articles and books may be found at victoriadailey.com.