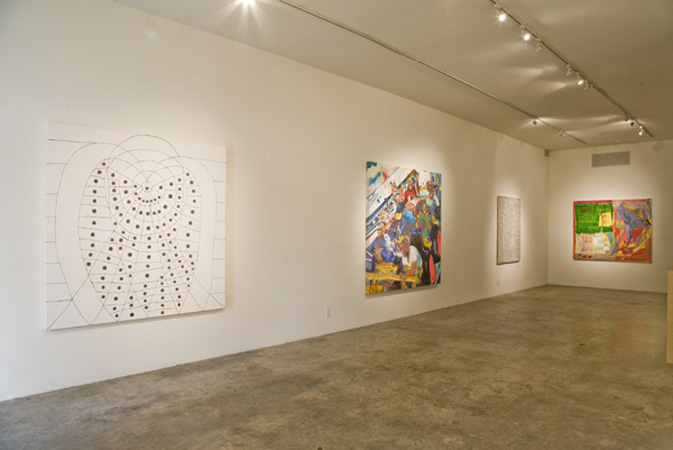 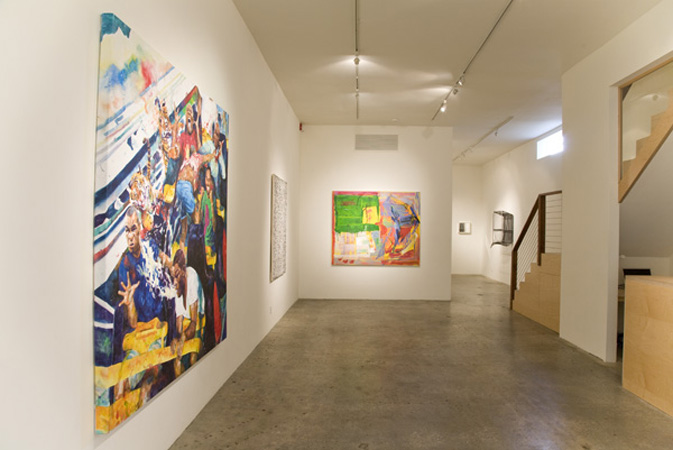 The works on view reveal that painting in Los Angeles is alive and well and that there is no single dominant style. While abstraction is most prominently featured here, the range of techniques, motivations and styles vary widely. Works are painted loosely and tightly, thinly and thickly, intuitively and calculatedly, brightly and somberly. They are painted on canvas, on panel, on paper and on board. They are big. They are small. And most significantly, they reveal that painting has not lost any relevance and continues to provide a platform for artists to express formal, conceptual and critical concerns.

Wet Paint will be on view for eight days only, from August 22 through August 29, 2009. During this week, from Saturday to Saturday, the gallery will be open every day from 11 AM to 9 PM. Each evening from 6 PM to 9 PM, at least two of the painters will be at the gallery to discuss his or her work. Schedule of artist talks (nightly at 8PM):