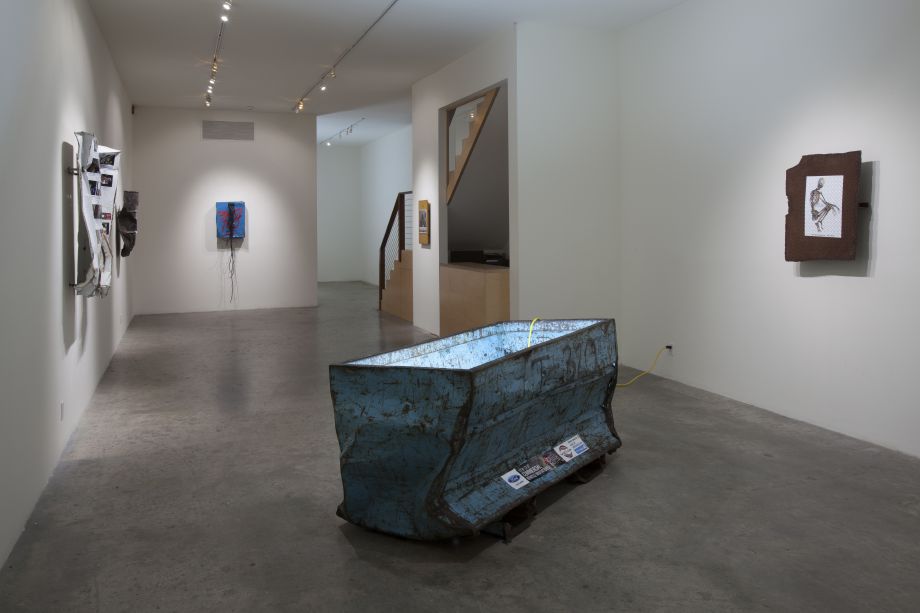 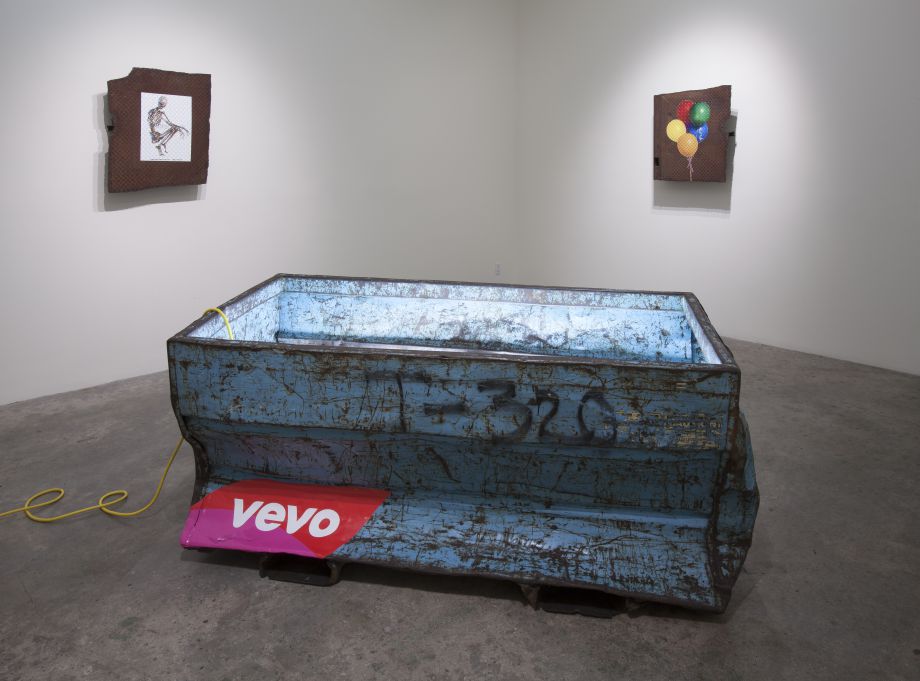 Steve Turner Contemporary is pleased to present New, a solo exhibition featuring sculpture by Los Angeles-based artist Yung Jake. The works consist of reclaimed scrap metal upon which internet content has been attached or printed. In this series Yung Jake considers the nexus between the overlooked and the ever-present, both in real life and online.

Yung Jake was born on the Internet in 2011. He is best known for his rap videos that integrate the worlds of hip-hop, technology, social media and contemporary art. Datamosh (2011) parodied the trend in music video of datamoshing (a digital technique that distorts images) while playing to a contemporary digital art audience. In E.m-bed.de/d (2012), he commented on the pursuit of Internet fame. His work has been screened at Sundance (2013) and he has performed in Los Angeles at the Hammer Museum and Redcat (2013) and at MOCA (2014). He earned a BFA at CalArts in 2012. This is his second solo exhibition at Steve Turner. He will have a solo project at ABC Berlin in September 2014.