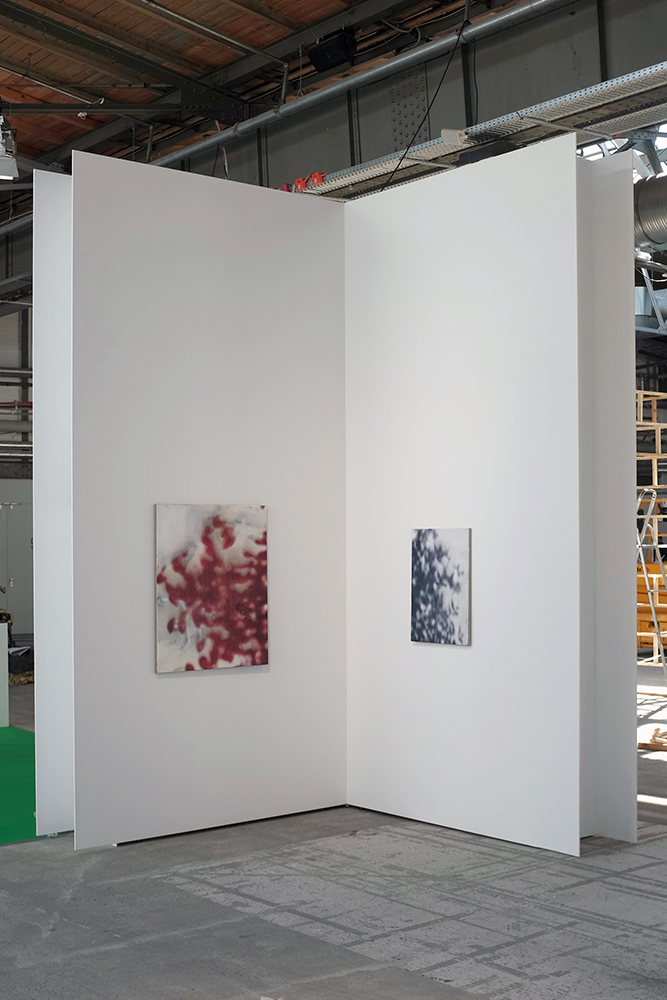 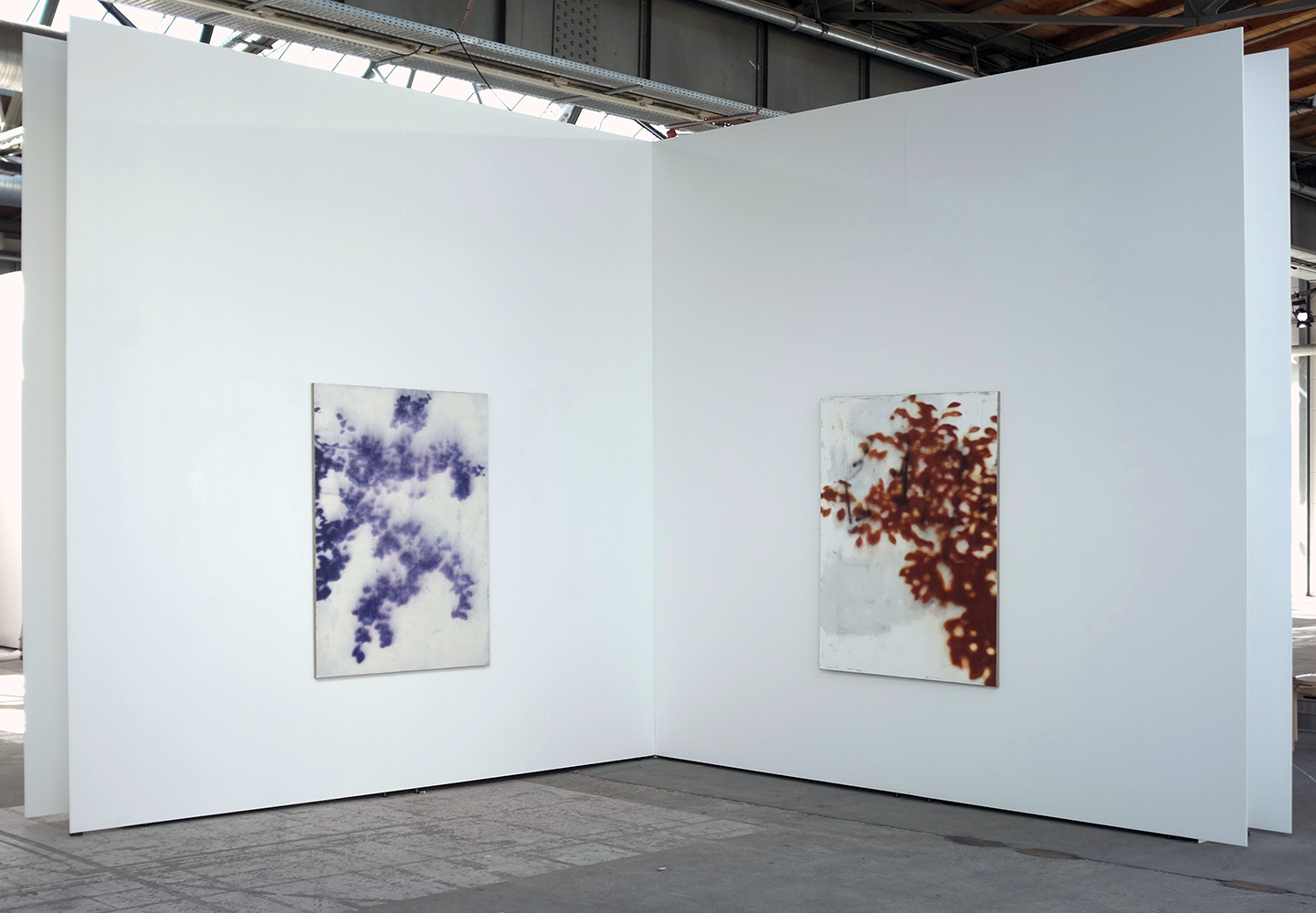 Steve Turner is pleased to participate at ABC for the second consecutive year where the gallery will present a solo exhibition of paintings by Buenos Aires-based Ivan Comas. Inspired by the abundance of green space in Berlin, Comas has created a series of hybrid paintings that combine UV-printed images of the shadows of trees with his own painterly gestures. To Comas, shadows represent the perfect intersection of architecture and nature.

In recent works, Comas has used asphalt, cement, tar and house paint to create highly-textured paintings that represent the cityscapes of Latin American mega-cities, where new construction and decay often exist side by side. Consisting of multiple layers, the paintings evoke sun-baked pavements, aging stucco, poorly maintained roads and other aspects common to most cities. While the urban landscape continues to be a source of inspiration, Comas has recently added new elements through the use of photography and technology.

Ivan Comas (born 1987, Buenos Aires) earned an MFA at the École des Beaux Arts, Paris (2012) and has had solo exhibitions at the Vergez Collection, Buenos Aires (2014), and Steve Turner, Los Angeles (2015). He will be featured in a two-person booth at ArtBO, Bogota in October and will have a solo exhibition at Duve Gallery, Berlin in November 2015.