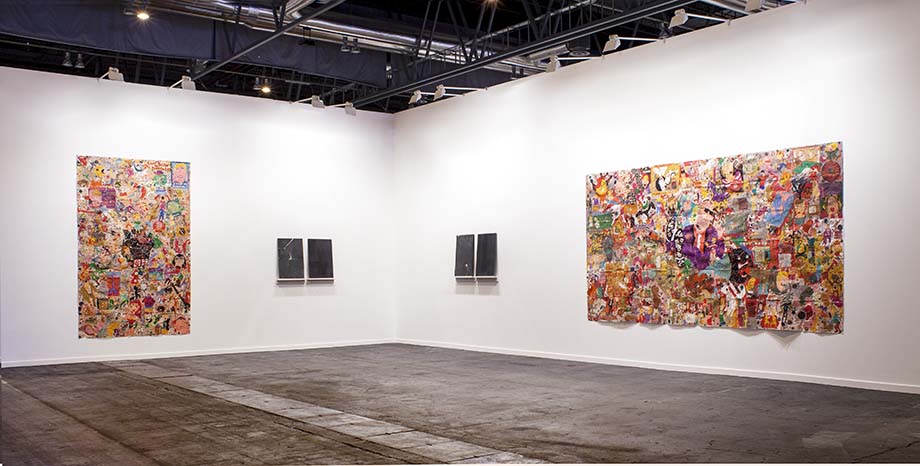 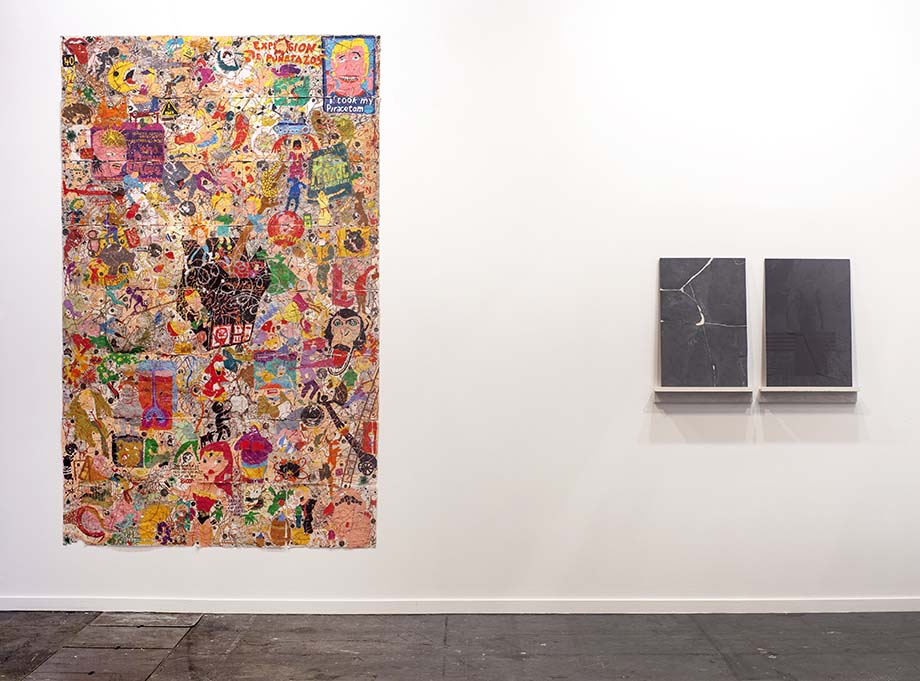 Steve Turner is pleased to present a two-artist booth at ARCO 2015 featuring new work by Pablo Rasgado (Mexico City) and Camilo Restrepo (Medellín). Each artist contemplates destruction and reconstruction in his work: For Rasgado, destruction is as inevitable as the crashing of waves, and for Restrepo, it is a mad consequence of criminality.

Rasgado’s work relates to urbanism and abstraction. Like an archaeologist, he mines micro-histories that serve to illuminate contemporary life. In some past works, he has used the technique of strappo to extract painted passages from public walls in order to create abstract paintings that possess social, political and aesthetic content. In others, he has used drywall from temporary museum exhibitions to create abstractions that transformed what had been background material into something noticeable. In both cases, Rasgado creates new images from discarded or overlooked material thereby distilling a concept that is elusive and abstract—the passage of time. At ARCO, he will present new works made from thin slabs of stone. Two of the works feature photographs of classical sculptures taken by the artist at the Louvre. However, unlike most classical sculpture whose limbs are often missing, Rasgado’s sculptures appear strangely complete.

Restrepo will present two new large-scale drawings that were inspired by his lifelong proximity to the epicenter of drug-related violence in Colombia. They incorporate a wide array of popular cultural characters that are drawn on pages from his sketchbook that he removed and then taped together. He then distressed the works only to reconfigure, repair and rework them one more time. One drawing, from his series Rip Currents, addresses the repetitive and uncontrollable wars that all of us wage inside our own heads. It includes images of pain, burdens, intense pressure and fighting, as well as references to psychotherapy and psychiatric drugs. At its center is a bomb that serves as the detonator of all the related imagery. Once the work was finished, Restrepo inflicted damage to it by subjecting it to high-pressure streams of water. He then reconfigured, repaired and reworked the entire drawing. The drawing, when folded up, has nearly the same volume as a human brain.

The other drawing, from his newest series, Bowling for Medellín, relates to Restrepo’s personal history of growing up in Medellín, a mere two blocks from where the drug lord Pablo Escobar lived. On three separate occasions, nearly all the windows in his house were blown out by bombs that were being used against Escobar and it was from a window in this house, when he was eleven years old, that Restrepo saw a drug trafficker being executed. In an effort to incorporate the scars of his life into the drawing, Restrepo distressed it by soaking it in water and rubbing it against the surface of the street located in front of his childhood home.