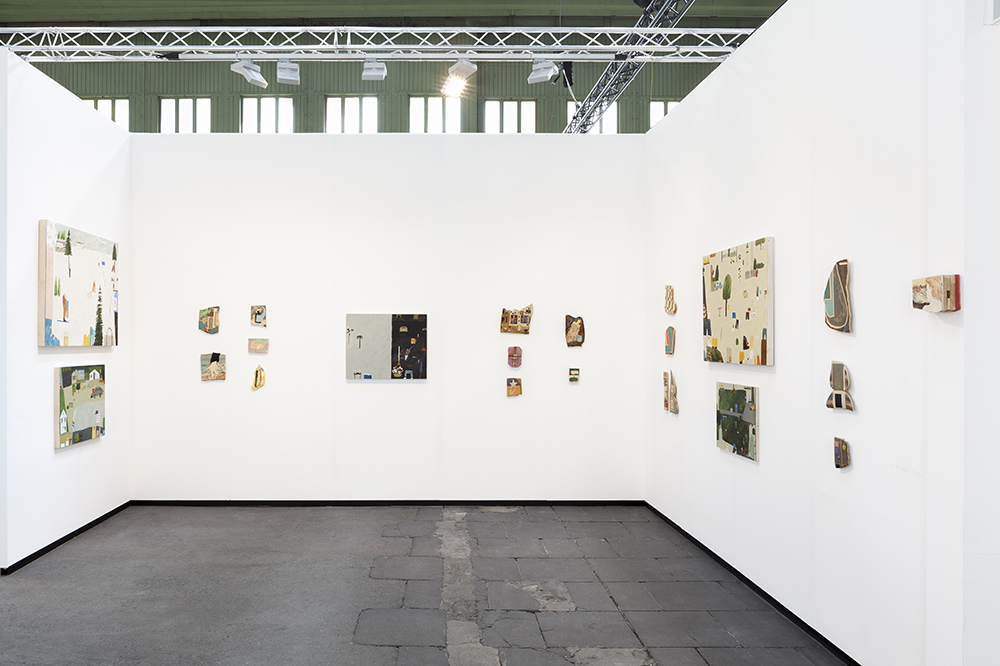 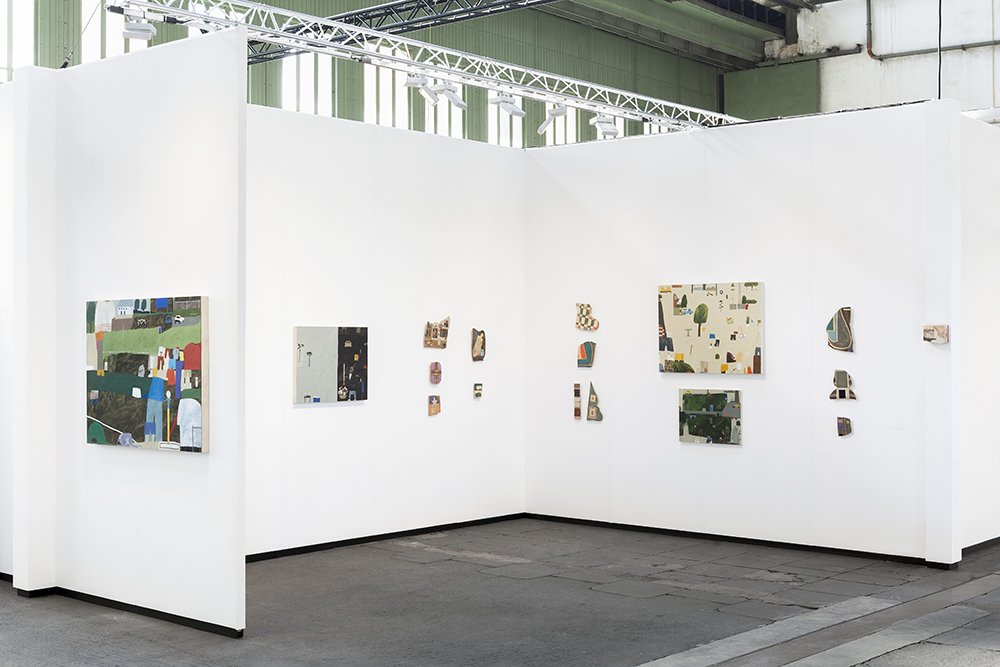 Steve Turner will present a two-person booth featuring new paintings by Mariel Capanna and new ceramic paintings, monotypes and drawings by Kevin McNamee-Tweed. Both artists create works that resemble those made by folk or outsider artists—but they are not. They are part of a movement away from technology and new media yet they retain conceptual rigor and a societal/political purpose, making their iteration of folk art something new, something more than merely naive or primitive art for its own sake. By incorporating techniques and skills from the past to put forward current concerns and issues, both artists have found a way to refashion the “old” into something new, thereby tangibly linking the present to the past in fresh and engaging ways.

Mariel Capanna creates paintings that are inspired by the long tradition of folk art, including painted furniture, frakturs, samplers, needlepoint and vernacular paintings, that has thrived in Pennsylvania during the last two centuries. Her fragmented compositions are based on memories that have faded and blended over time but which still have strong emotional power.

Capanna (b. 1988, Philadelphia) grew up in Philadelphia where she earned a BFA at the Pennsylvania Academy of Fine Art (2013). She later studied at the Mountain School of Arts, Los Angeles (2016); attended the Skowhegan School of Painting and Sculpture (2017); and will soon receive an MFA at Yale University (2020). She has presented work at Good Weather, Little Rock, Arkansas; Steve Turner, Los Angeles and Charles Moffett, New York. She will have her first solo exhibition at Steve Turner, Los Angeles (2020). Capanna lives and works in New Haven.

Kevin McNamee-Tweed works in a range of media–glazed ceramic paintings, monotypes, drawings and artist books–and his studio practice is informed by his wry sense of humor and his affinity with American flyover states.

McNamee-Tweed (b. 1984, Stanford, California) grew up near Chapel Hill, North Carolina before studying at New York University where he earned a BFA (2008). After living in Austin, Texas for seven years, he moved to Iowa City to enroll in the MFA program at the University of Iowa where he will earn an MA (2019) and an MFA (2020). He has had solo exhibitions at The Still House Group, New York (2016); Rod Barton, London (2017); Shrine Gallery, New York (2018); Devening Projects, Chicago (2019) and will soon have his first solo exhibition at Steve Turner, Los Angeles (2019). He lives and works in Iowa City.