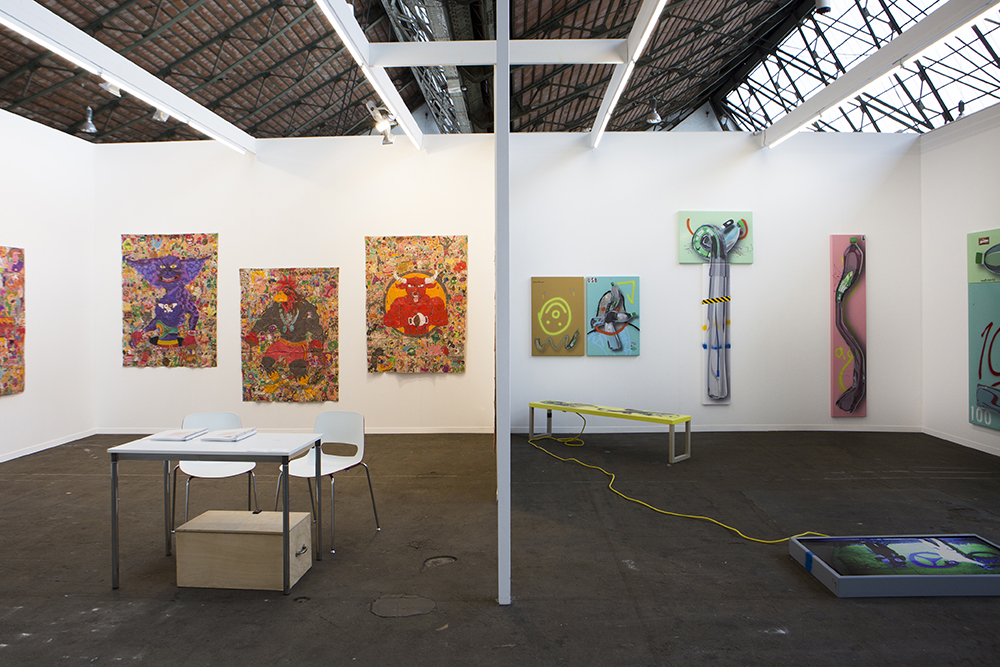 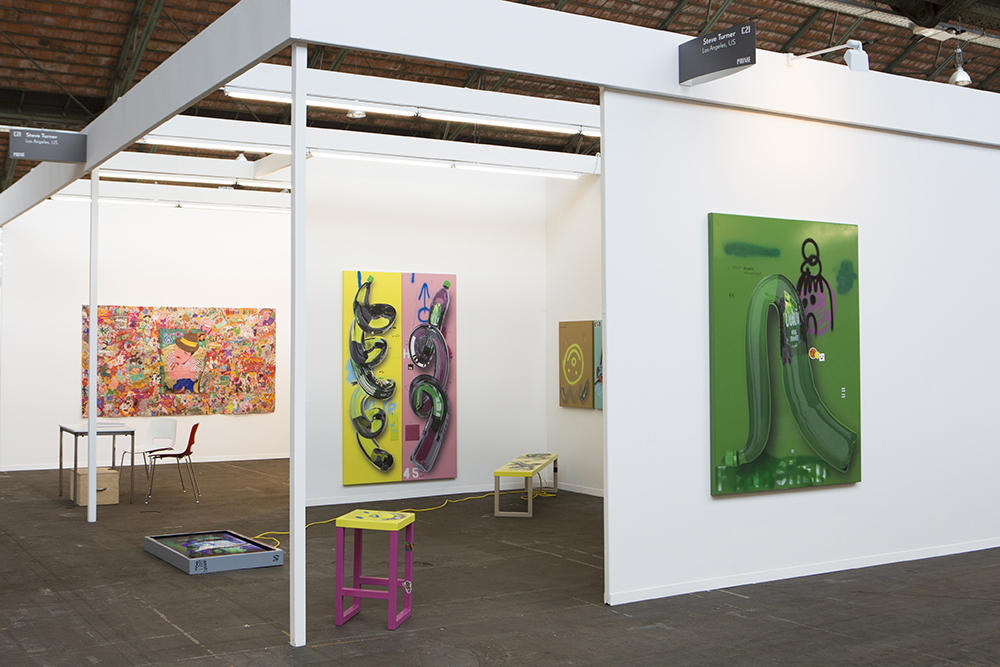 At Art Brussels 2016 Steve Turner will present two solo projects, one by Medellín-based Camilo Restrepo, and the other by Los Angeles-based Yung Jake. The pairing stems from their simultaneous experiences at CalArts in Los Angeles. Restrepo earned an MFA in 2013, Yung Jake a BFA in 2012. Though their backgrounds are significantly different—Restrepo entered CalArts when he was 38 years old, barely speaking English, and eager to incorporate a CalArts education into his extensive Colombian one; Yung Jake, enrolled when he was 19, having moved to California from his native New York seeking to further develop as a painter. Restrepo began drawing for the first time, while Yung Jake began making rap videos.

The booth will be divided into two spaces in which Restrepo will present large-scale drawings and Yung Jake will present paintings on metal, steel furniture and a new video. Both delve into their own personal history; both utilize the Internet as an archive; both use sly humor and both reject the traditional expectations of their chosen medium to create works that are conceptual, personal and visually compelling.

Yung Jake was established on the Internet in 2011. He is best known for his rap videos that integrate the worlds of hip-hop, technology, social media and contemporary art. Datamosh (2011) parodied the trend in music video of datamoshing (a digital technique that distorts images) while playing to a contemporary digital art audience. In E.m-bed.de/d (2012), he commented on the pursuit of Internet fame. He has had three solo shows with Steve Turner and a solo project at Art Berlin Contemporary (2014). His work has been screened at Sundance (2013) and he has performed in Los Angeles at the Hammer Museum and Redcat (2013) and at MOCA (2014). He will be performing at the Museum of Modern Art, New York in April 2016. He earned a BFA at CalArts in 2012.