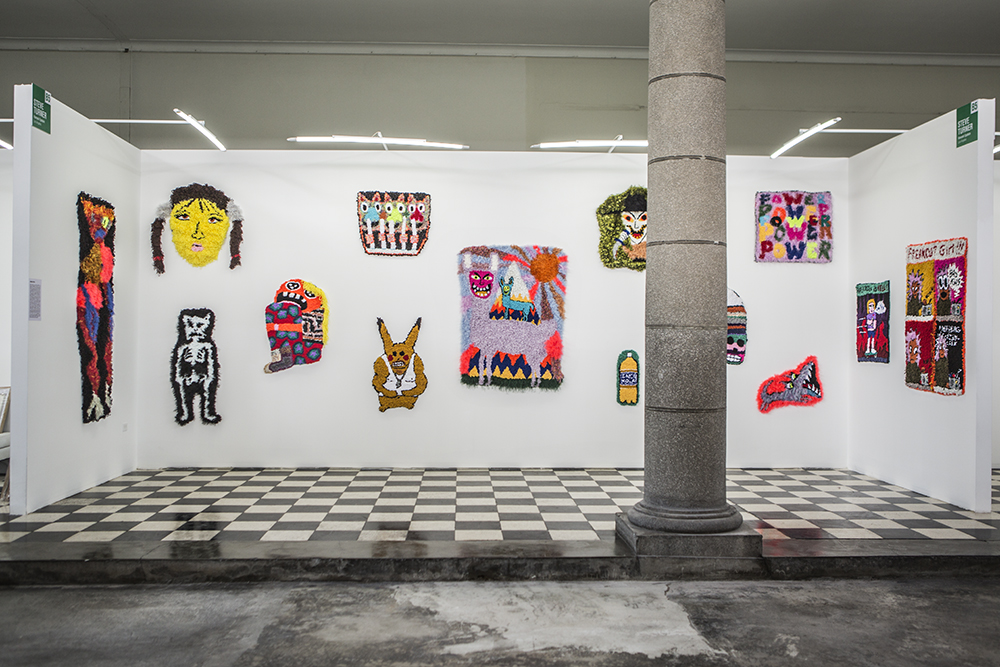 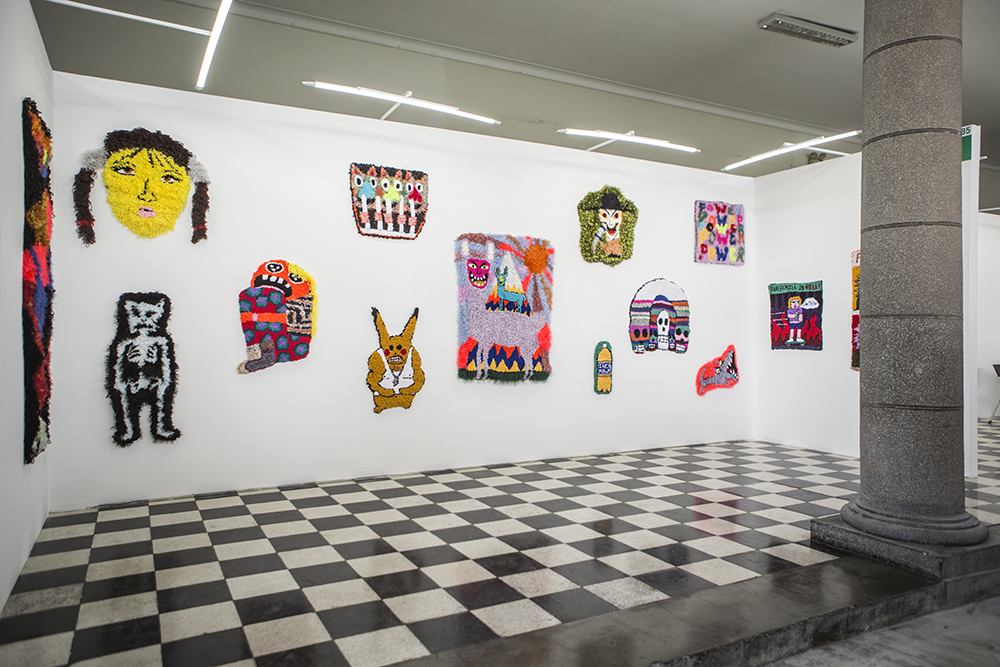 At Art Lima 2019, Steve Turner will present a solo exhibition by Toronto and Los Angeles-based Hannah Epstein in Projects, the solo section curated by Dorothée Dupuis. Epstein will present hooked rugs that depict a variety of monsters and imagined characters that are derived from her study of folklore, pop culture and internet memes. Many of the newest works are influenced by her interpretation of traditional Peruvian folklore as filtered through Internet research.

Epstein grew up in remote Nova Scotia and later went to college in even more remote Newfoundland where she studied folklore at Memorial University of Newfoundland (2009). After getting her MFA at Carnegie Mellon in Pittsburgh (2017), she added conceptual rigor to her practice and became, as she calls herself, “a feminist folklorist of the internet age.” She has had two solo exhibitions with Steve Turner, Los Angeles (2018 & 2019).