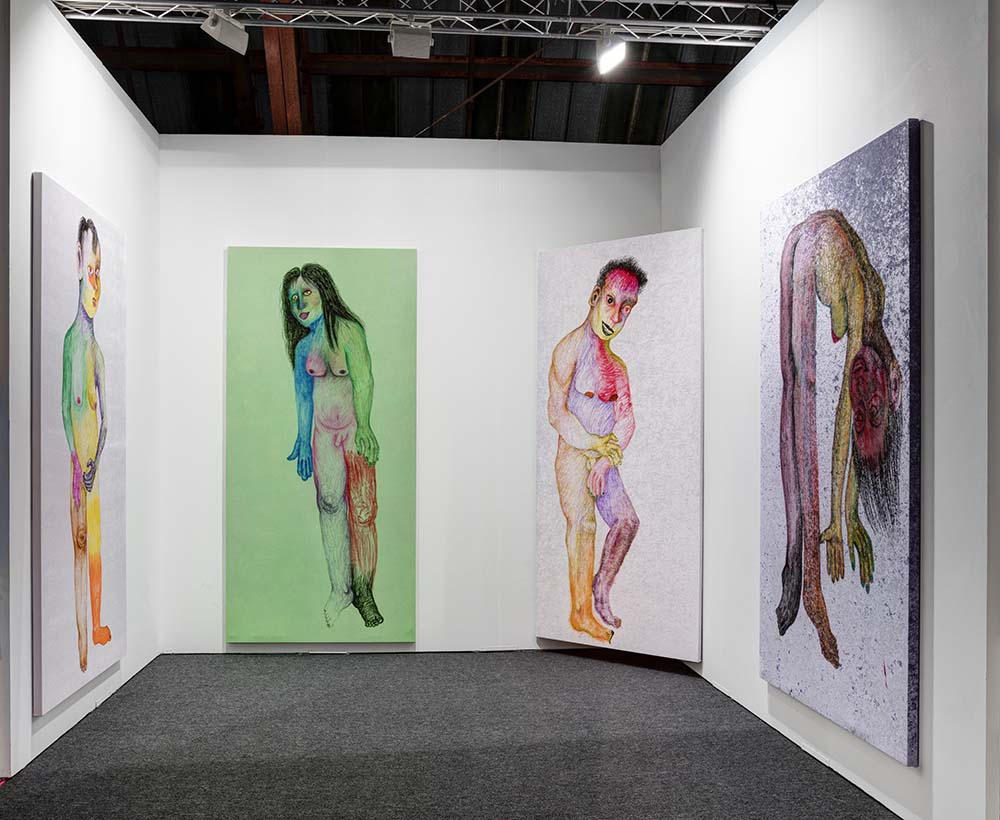 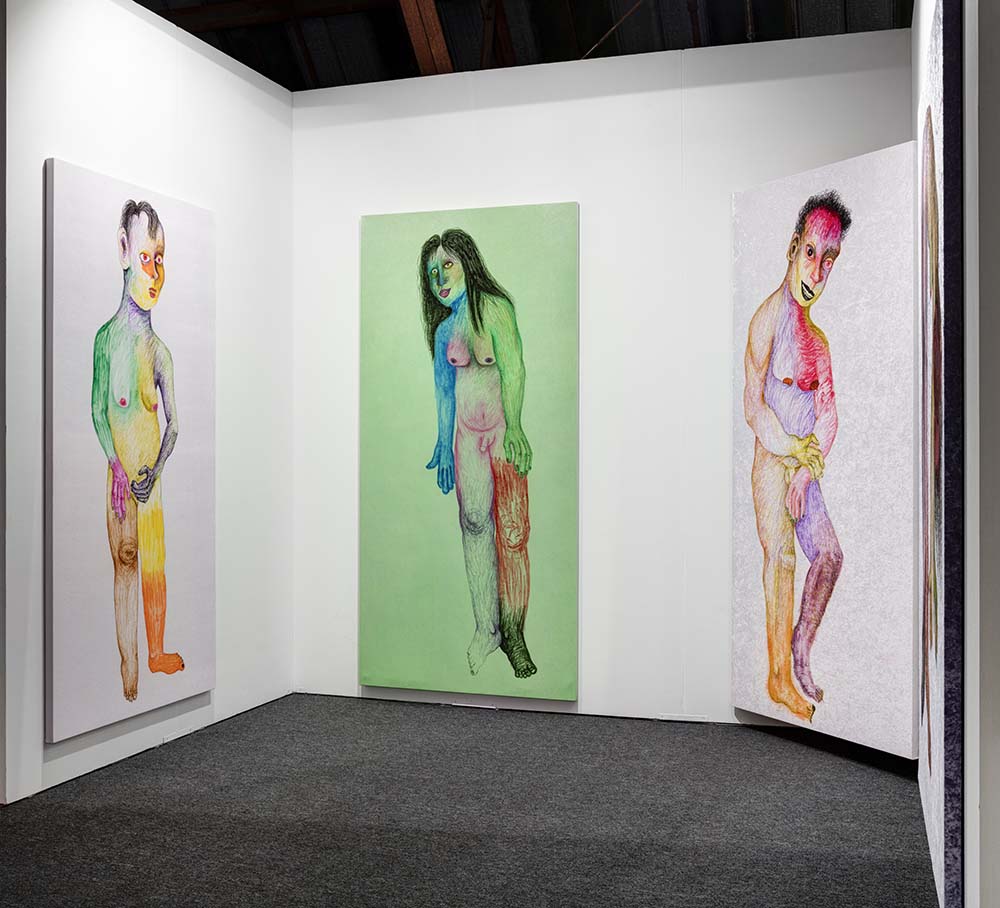 Steve Turner is pleased to announce the gallery’s participation at the 2017 edition of Art Los Angeles Contemporary with a solo booth by Los Angeles-based Ann Hirsch. The artist will present Genies and Annies, a new series of nine-foot tall paintings on velvet that imagine the artist and her husband’s future children as adults. The figures originated as automatic drawings that Hirsch continued to alter by playing with color, form and expression. In so doing, she created her future offspring whose portraits are far from what one might have predicted.

Ann Hirsch earned a BFA from Washington University, St. Louis and an MFA from Syracuse University. She has had solo exhibitions at the Institute of Contemporary Art, Portland, Maine; MIT List Visual Arts Center, Boston; American Medium, Brooklyn; Smart Objects, Los Angeles and was awarded a Rhizome commission for Playground, her two-person play that debuted at the New Museum, New York. She will have a solo exhibition at Steve Turner, Los Angeles in March 2017.