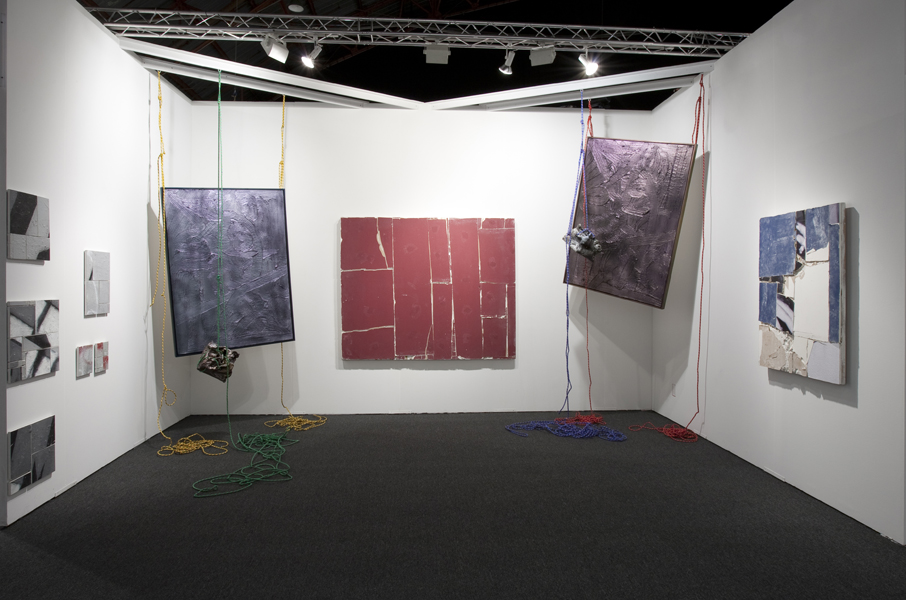 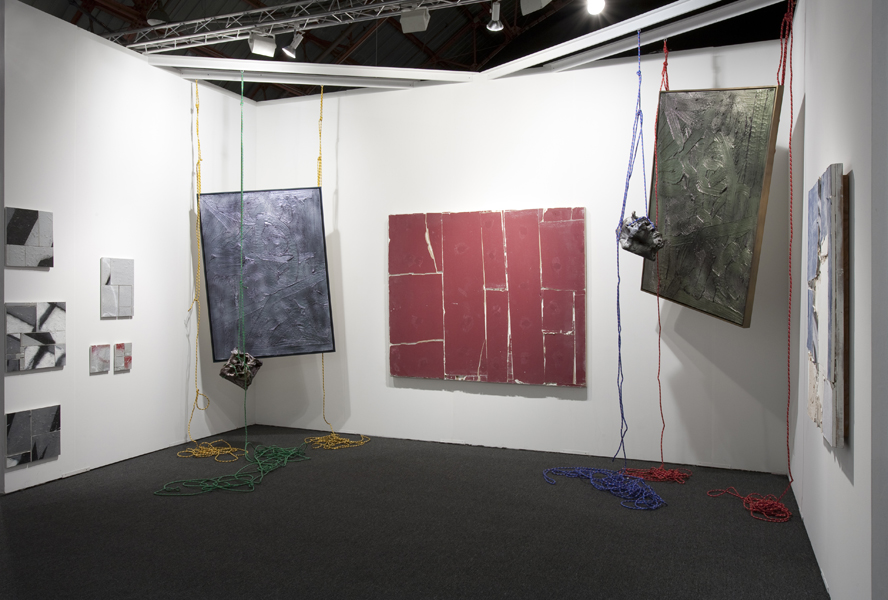 Steve Turner Contemporary is pleased to announce our participation in Art Los Angeles Contemporary, January 24-27, 2013 where we will present the work of three gallery artists: Parker Ito, Pablo Rasgado and Jemima Wyman.

Parker Ito will show two new paintings and two new ceramic sculptures, all of which will be suspended from beams positioned above the booth. Ito used automotive paints and modeling paste to create the paintings; they were made in tandem–each matches the other stroke for stroke. As they were created simultaneously, each being the model for the other, they call into question the notion of “original” and “copy.” Similarly, Ito created the pair of ceramic sculptures using a system of replication; automotive paint is employed for the finished surface. Ito lives and works in Los Angeles and New York.

Pablo Rasgado will present two paintings from his Unfolded Architecture series as well as a group from his Meca Sinecdoque series. In the former, with his intention of recording a specific moment of art history, the artist reassembled fragments of discarded temporary-exhibition museum walls to create new abstract paintings. In the latter, he extracted a public wall in Brooklyn that had an image and text of unknown meaning, and took it with him to Mexico City, where he cut it into 144 fragments. He then recombined various groups of the fragments to create new abstractions. Rasgado lives and works in Mexico City.

Jemima Wyman will present a new painting, Politics of Pattern (Carpet 4), which was influenced by “war rugs,” a genre of Afghani weaving that depicts images of war. For Wyman, such rugs are significant in the way that they incorporate decoration, abstraction, representation and violence all in one harmonious image. Jemima Wyman lives and works in Los Angeles.