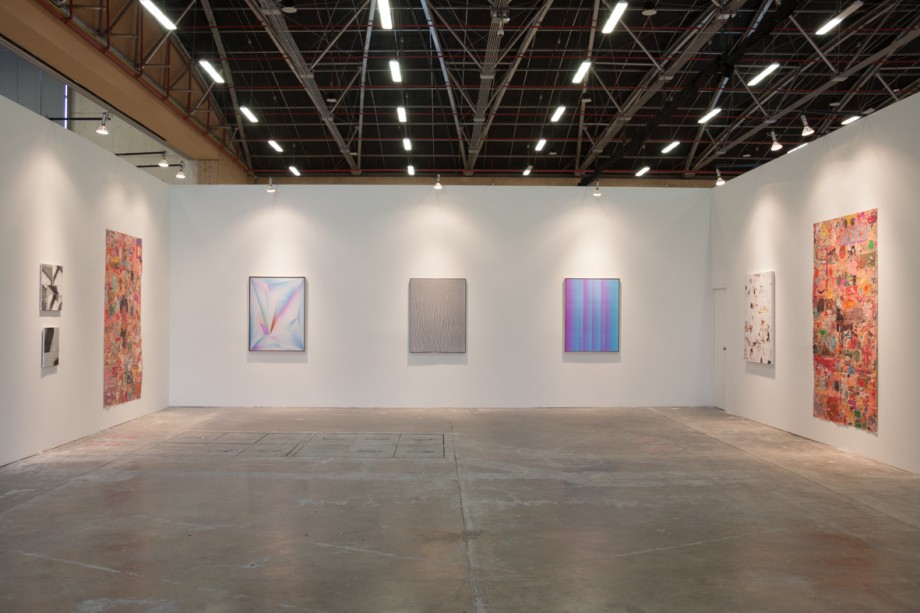 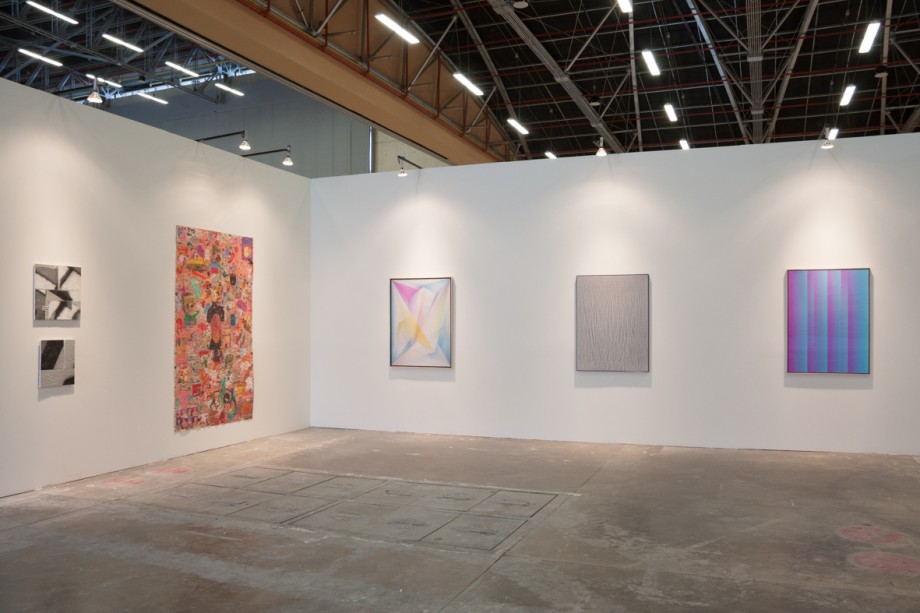 At ARTBO 2014, Steve Turner Contemporary will present works by five international artists, including Medellín-based artist Camilo Restrepo. This is the first presentation of Restrepo’s monumental drawings in Colombia.

In 2010 Restrepo was nominated for the Premio Luis Caballero—the most important prize in Colombia for artists over 35—for the photographic works he had been creating for over a decade. Soon after, he enrolled at the California Institute of the Arts with the goal of reinventing himself. His new work, gritty, raw and relentless, invokes his personal saga of growing up in Medellín during the most violent era of drug-related crime. His drawings, comprised of pages removed from his sketch book, are taped together; drawn upon in permanent ink and water-soluble pigments in successive layers; damaged by violent streams of water; and then reconfigured, repaired and reworked. In his new series, Rip Currents, Restrepo juxtaposes newspaper clippings of bombings throughout Colombia with his idiosyncratic cartoon-like characters. They explore his psychological turmoil stemming from a life spent amidst violence.

Jonas Lund (Amsterdam) will present a painting from his Flip City series. Inspired by the current artworld appetite for process-based abstraction and the related trend of collectors buying such works to flip them quickly for a profit, Lund appropriated imagery from paintings by other emerging artists and installed a GPS tracking device on the stretcher bar of each painting so that he could track the whereabouts of each painting on his website (flip-city.net).

Pablo Rasgado (Mexico City) will present two paintings from his series Fragmental. The project began when Rasgado extracted the painted surface of a wall from a building in Brooklyn.  He transported it to his studio in Mexico City where he divided it into 144 pieces and then  reassembled some of the pieces into new paintings.  By fragmenting and reconfiguring, he simultaneously presented the original wall and the abstraction of that wall, confounding the difference between them.

Rafaël Rozendaal (New York) will present two lenticular paintings. Rozendaal first rose to prominence when he created websites that functioned solely as works of art. These websites, which reside somewhere between painting and animation, could only be acquired by collectors if they agreed to host them. Seeking to extend the imagery of his websites, Rozendaal recently began making lenticular paintings that appear static when seen from a fixed point, yet become animated revealing new colors and dimensions when a viewer moves.

Michael Staniak (Melbourne) will present a new painting that explores the differences between viewing artwork in person versus online. When viewed from afar the work appears to be a grey digital print. Upon a closer viewing, one can see that it actually has depth and a complicated painted surface. One can also see a printed binary code that relates to another of his paintings. In effect, this work is simultaneously abstract and representational.