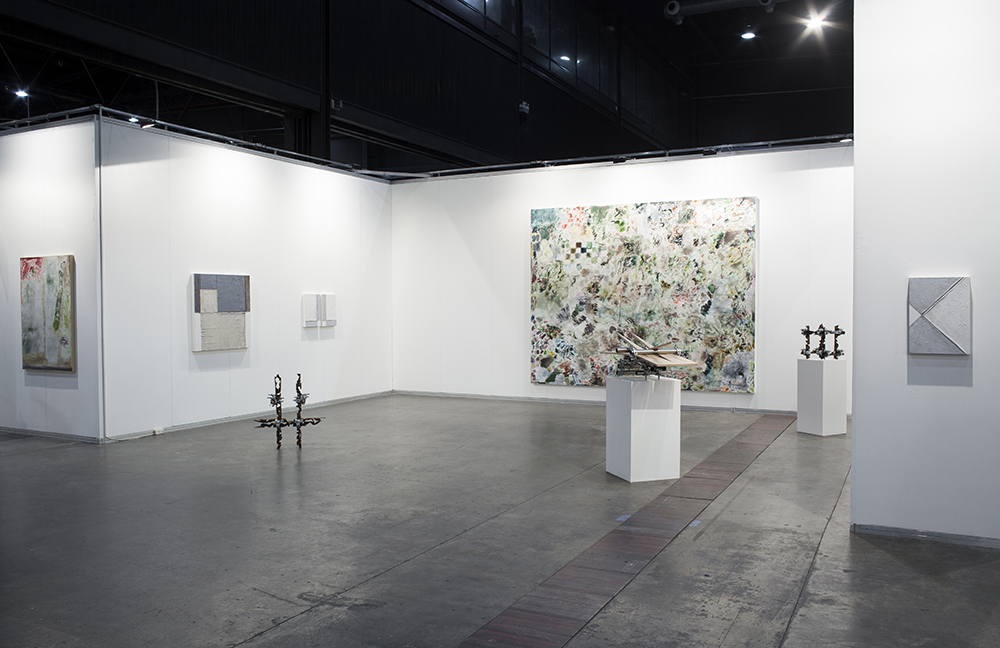 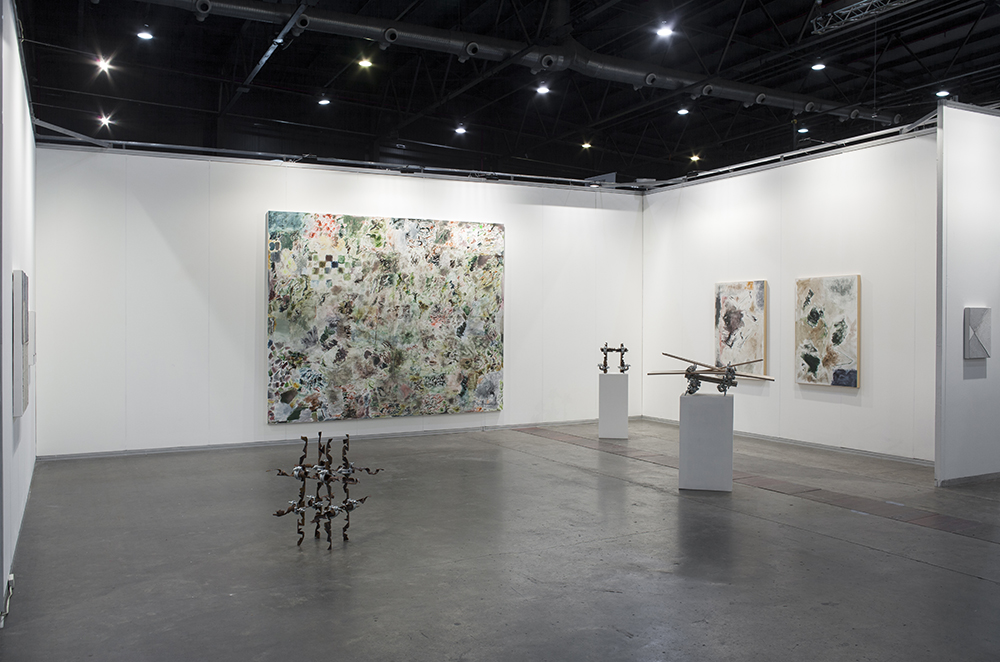 At Arteba 2017, Steve Turner is pleased to present a three-person booth featuring the works of Joaquin Boz, Luciana Lamothe and Pablo Rasgado. Each of the artists uses simple materials and processes to dramatically transform the essence and meaning of the materials they use. In so doing, they all create abstract works are alternatively poetic and political.

Joaquin Boz creates large-scale abstract paintings that are thick with saturated oil which he extensively manipulates. Utilizing an elemental color palette, he employs a process based on rumination and revision, gesture and thought. After he soaks the panel in oil, he manipulates paint across the slick surface, mostly using his hands. The oil produces a varied and dynamic texture, from translucent to opaque, which adds depth to the abstract markings. The process can continue for weeks and the resulting works juxtapose Boz’s extensive physical activity with his sensitively drawn details.

Luciana Lamothe uses construction and scaffolding materials in an elastic and dynamic way that contravenes expectations about their apparent rigidity. She uses no adhesives or screws to assemble her works; she only uses tension. Lamothe stresses the materials to just within their breaking point, creating doubts about strength and security. Reconfiguring conventional systems of language and architecture, she reveals that by undercutting the intended functions of structures, new constructive meanings become possible.

Pablo Rasgado creates abstract paintings by using strappo, a Renaissance technique that enables him to extract pictorial content painted or graffitied on walls around the world. In some paintings, Rasgado incorporates violent gestures of political protest that were painted on public walls, while in others, he incorporate sections of public walls that seemingly lack any content. In either case, he seeks to record a specific moment in history through painting. Rather than create a narrative illustration like those found in traditional Mexican mural painting, Rasgado seeks to compose a forensic painting generated from the very material of popular protest that also conveys the spirit of the moment. He transforms political gestures into abstract paintings of transcendent beauty that make visible the paradox between a real event and the representation of it.