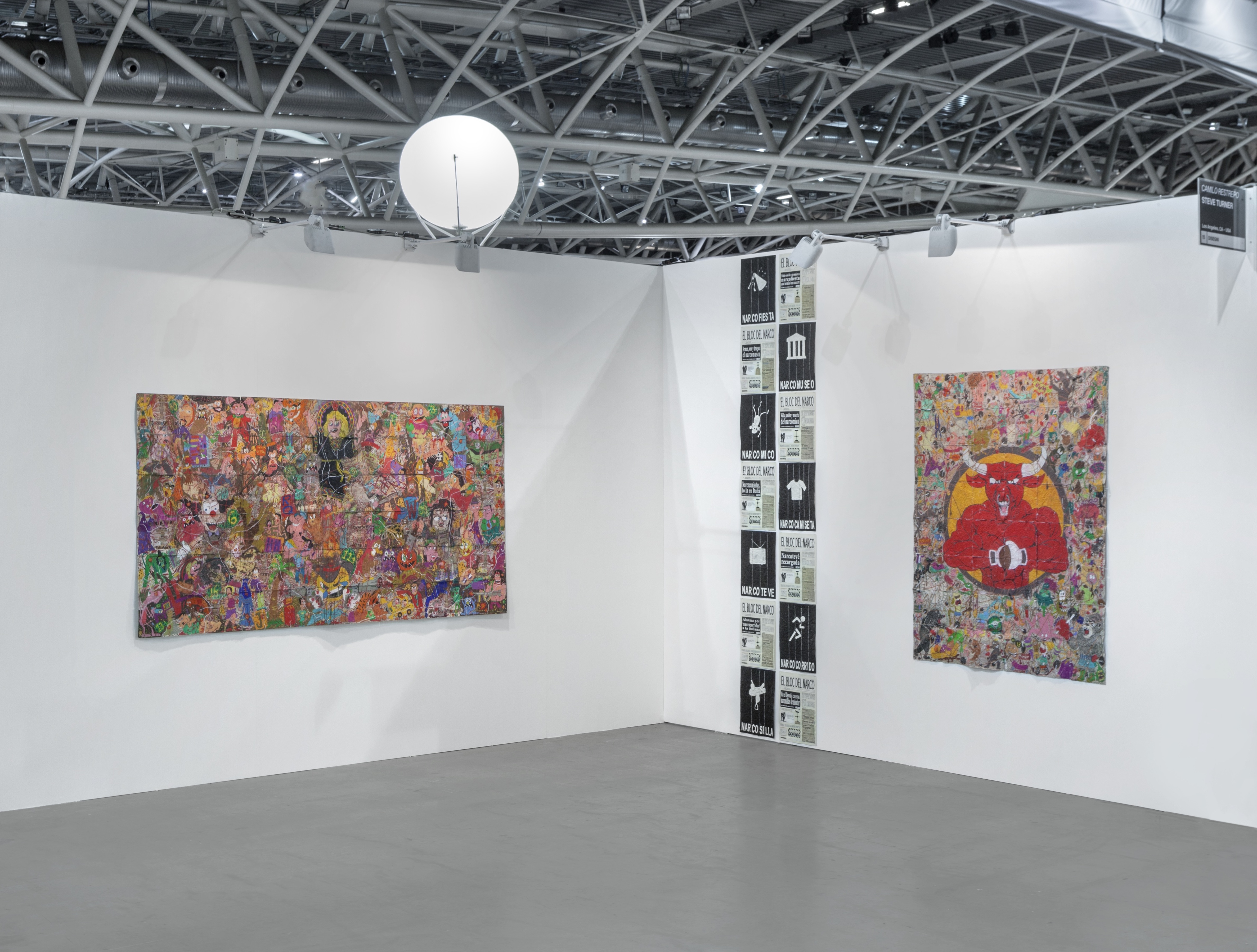 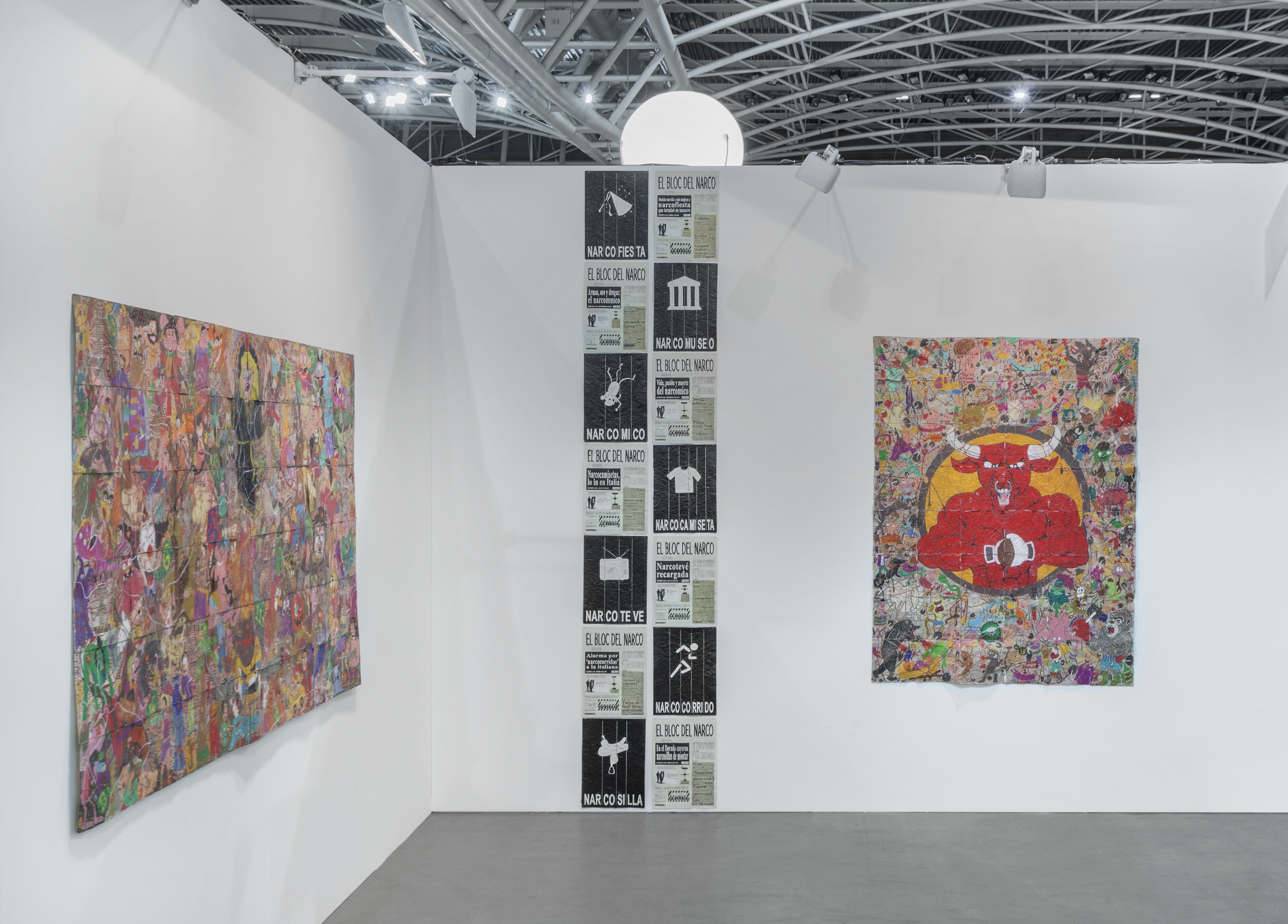 In A Land Reform, Restrepo collages newspaper clippings of aliases that he collects on a daily basis. He then draws a in comic-strip fashion images that represent each alias and which emphasize the absurdity of news reports that describe murder and mayhem by the likes of Popeye, Barney and Mickey. In Tight Rope, Restrepo exposes the uncontrollable, repetitive psychic battles that occur inside our heads as well as the destructive, real-world combat created by the drug wars in Colombia. In El Bloc Del Narco, Restrepo highlights a word with the prefix “narco” that appeared in popular media, addressing the linguistic effects of the Colombian war on drugs. As new words are introduced, the series will expand.

Camilo Restrepo (born 1973, Medellín, Colombia), earned an MFA from CalArts (2013) and a masters degree in aesthetics from the National University of Colombia (2008). He has had solo or two-person exhibitions at Steve Turner (2013, 2014, 2015); Artissima, Torino (2017); ArtBo, Bogota (2016); Art Brussels (2016); ARCO Madrid (2015) and Untitled, Miami Beach (2013). In 2010, Restrepo was a recipient of the Fulbright Grant and was nominated for the Premio Luis Caballero, the most important prize in Colombia for artists over 35. In 2016, he was an artist-in-residence at Lux Art Institute in Encinitas, California. Restrepo will have his fourth solo exhibition at Steve Turner in November and December of 2017.