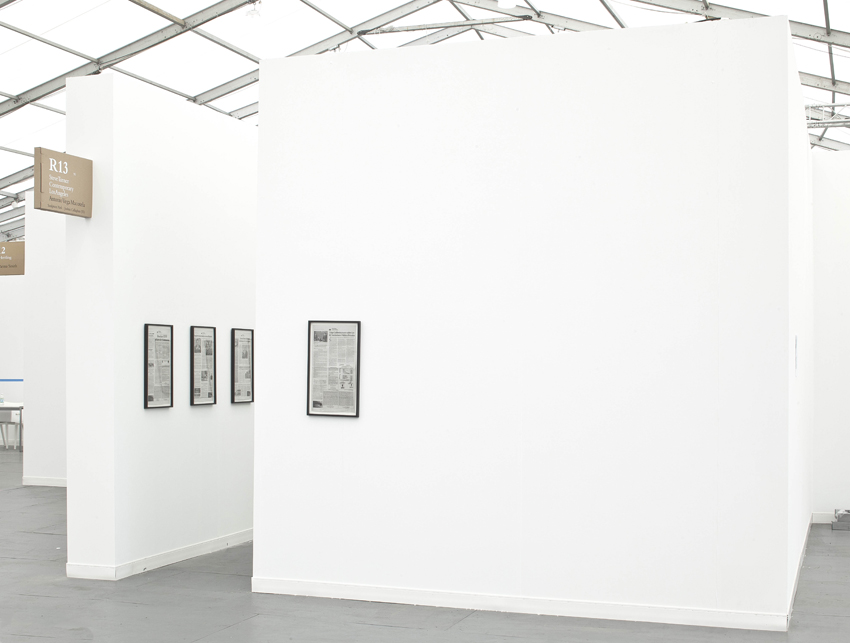 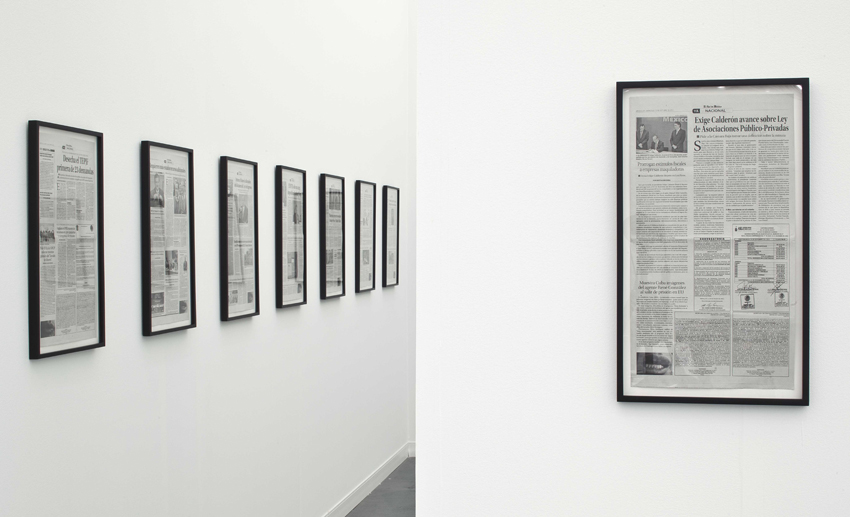 At Frieze New York, Steve Turner Contemporary will present Dog to God, a new installation by Antonio Vega Macotela in which the artist continues his investigation of distinct economies, modes of exchange and methods of communication within the subculture of the Mexican drug trade. His earlier project, Time Divisa, was exhibited at the São Paolo Biennale in 2010, and involved his collaboration with prison inmates, each completing a task for the other: Vega Macotela located a girlfriend or attended a family function on the “outside,” while the inmate catalogued his pulse or mapped his steps on the “inside.”  Their exchange underscores that the most valuable currency among the incarcerated is time.

Dog to God consists of a video and single pages from twenty-three different issues of El Sol De Mexico, a widely distributed Mexico City newspaper. Over a period of time, Macotela inserted advertisements consisting of photographs of a solider’s mouth. When viewed as a group, it is evident that the soldier is speaking. In fact, each image represents a phoneme from the phrase, Acuerdate perro que nada eres y en Dios te convertiras (Remember dog, that you are nothing and into God you will  become), which the video conveys in its entirety. It is hard to imagine that any reader of the newspaper could discern the soldier’s speech, however the artist’s video makes plain what was advertised to the thousands of readers of El Sol de Mexico.

Vega Macotela learned of this phrase when he interviewed the soldier who appears in this work. (the soldier) He explained that new members of Los GAFE, the elite special operations unit within the Mexican Army, are told this phrase when they graduate. Much secrecy surrounds the training and operations of Los GAFE, and indeed their members are rumored to carry a “white card” which gives them a license to kill. It is of critical importance to Vega Macotela that some defectors from Los GAFE established Los Zetas, the most violent drug cartel in Mexico. Implicit in this connection is the inference that the tactics of the cartels and the military are indistinguishable. In turn, Vega Macotela echos the secrecy, coded language and silence that has surfaced from the underground.