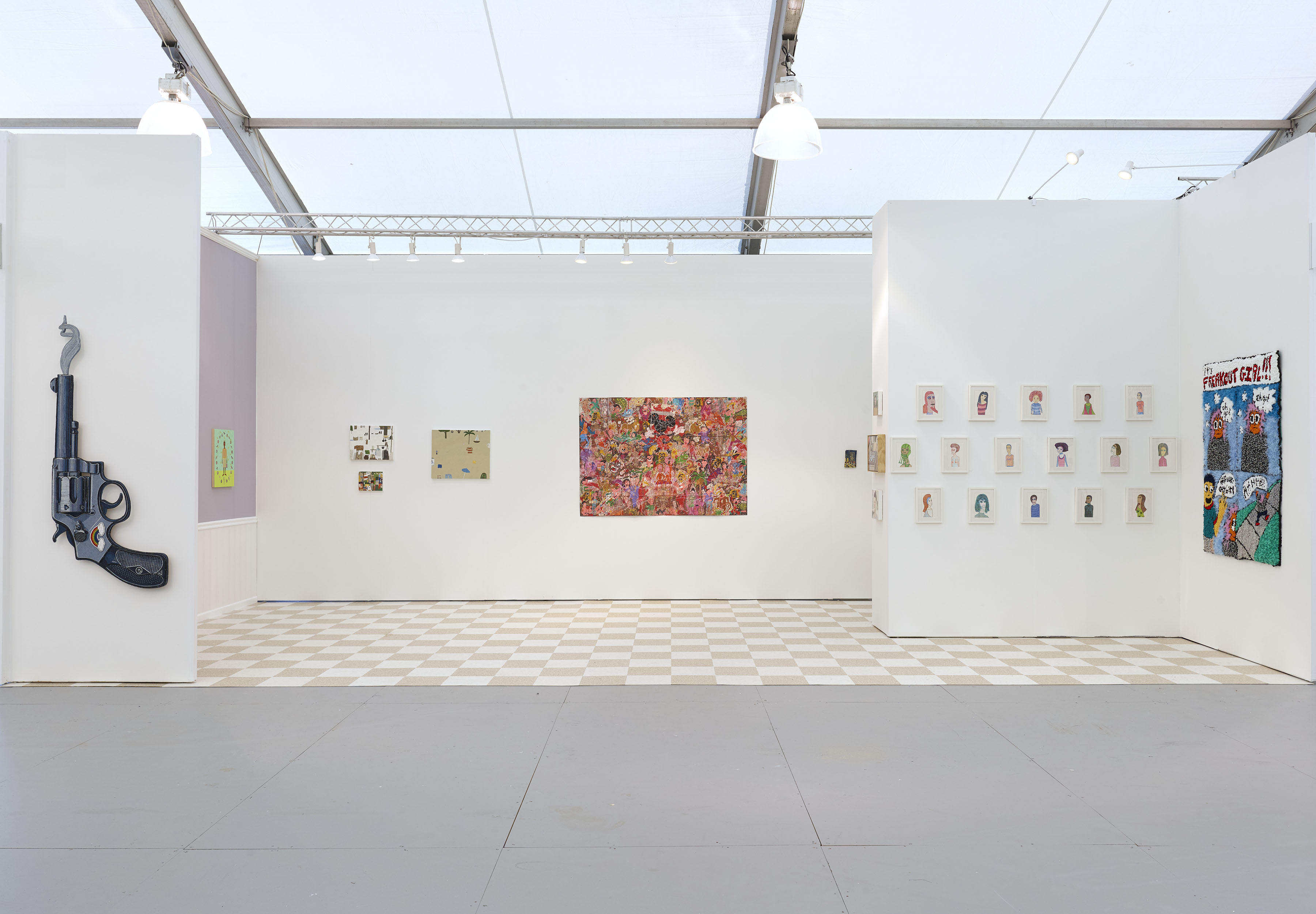 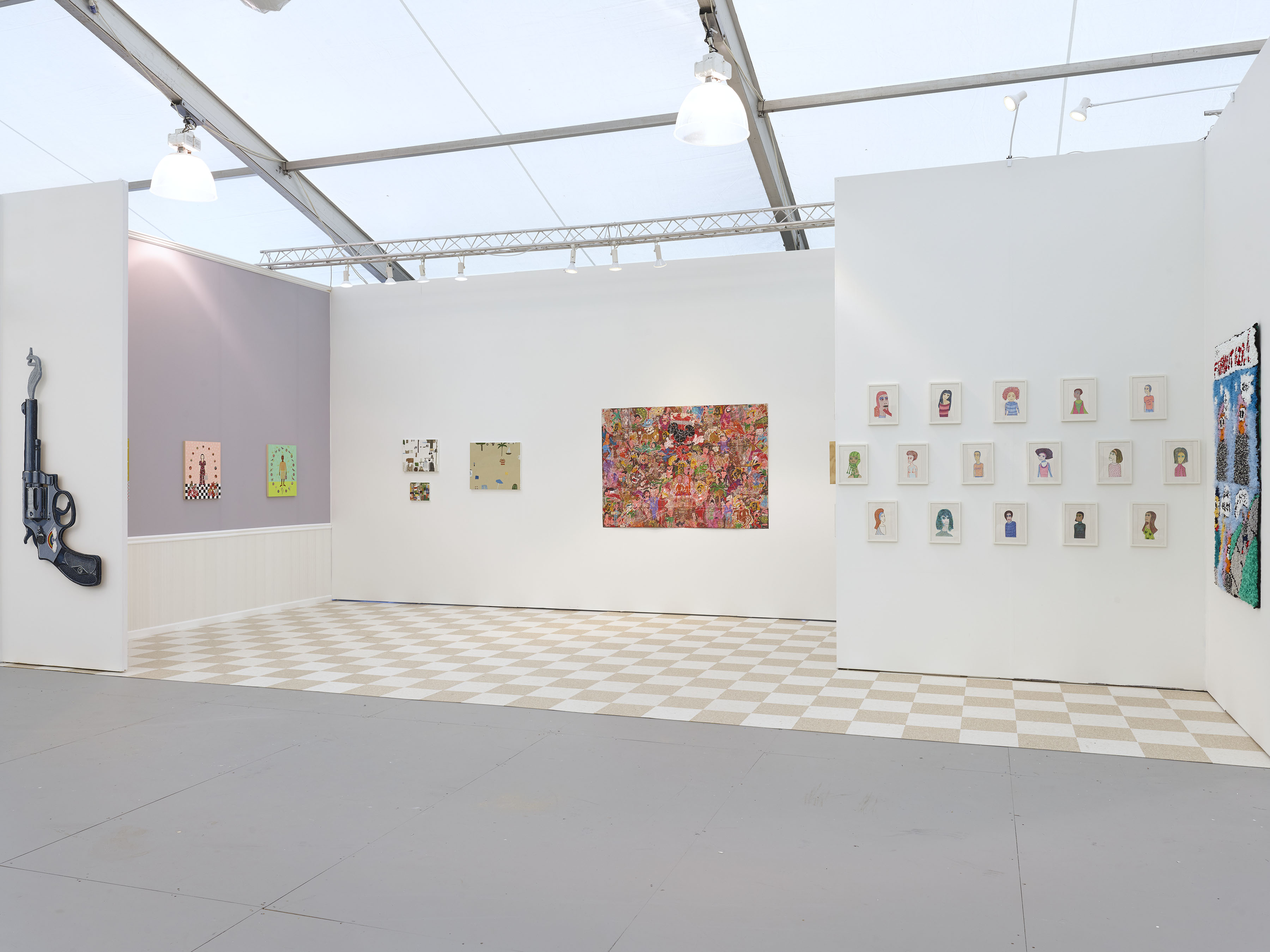 VIP and Press preview, December 4
Open to the public, December 5 – 9

At UNTITLED, Steve Turner presents the work of nine diverse artists highlighting the unexpected revival of vernacular imagery in contemporary art. While all of the works included could be mistaken for folk art, or art by self-taught or outsider artists, the artists here–Laylah Ali, Williamstown; Samantha Bittman, New York; Mariel Capanna, Philadelphia & New Haven; Nick Doyle, New York; Hannah Epstein, Toronto; Lucy Fradkin, New York; Kevin McNamee-Tweed, Iowa City; Paige Jiyoung Moon, Los Angeles and Camilo Restrepo, Medellín–are all art world insiders. For the most part, they attended prestigious universities–Rhode Island School of Design, Art Institute of Chicago, Carnegie Mellon, Yale, Art Center and CalArts as well as elite residencies like Skowhegan. Yet each artist has made the deliberate choice to sidestep much of his/her formal instruction in order to create works that instead involve such traditional craft techniques as weaving, ceramics, woodcarving or welding. Although some use painting and drawing, the emphasis is on work in three dimensions. Additionally, they use humble materials and handicraft skills; they make works that relate to everyday objects; and their works resemble classic folk or outsider art—but they are not. They are part of a movement away from technology and new media but they retain conceptual rigor and a societal/political purpose, making their iteration of folk art something new, something more than merely naive or primitive art for its own sake. By incorporating techniques and skills from the past to put forward current concerns and issues, these contemporary artists have found a way to refashion the “old” into something new, thereby tangibly linking the present to the past in fresh and engaging ways.