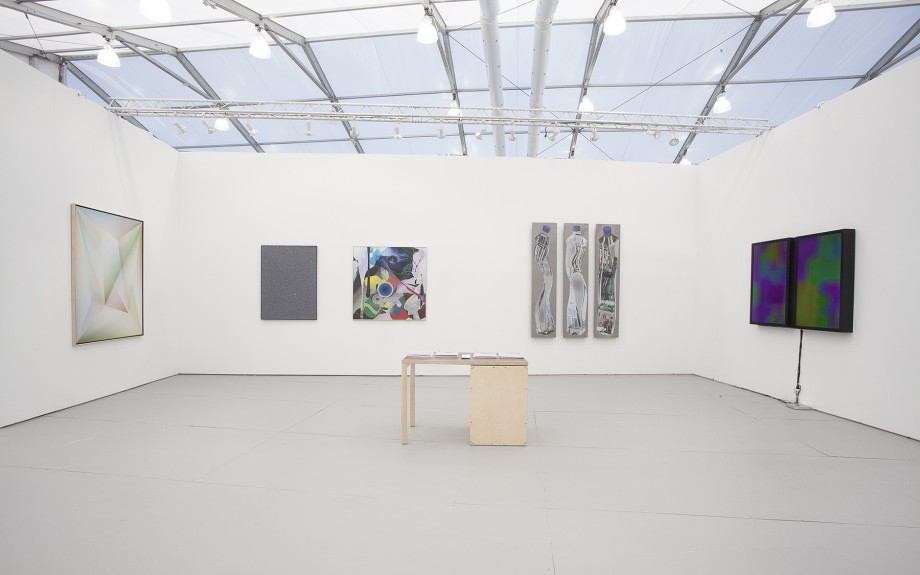 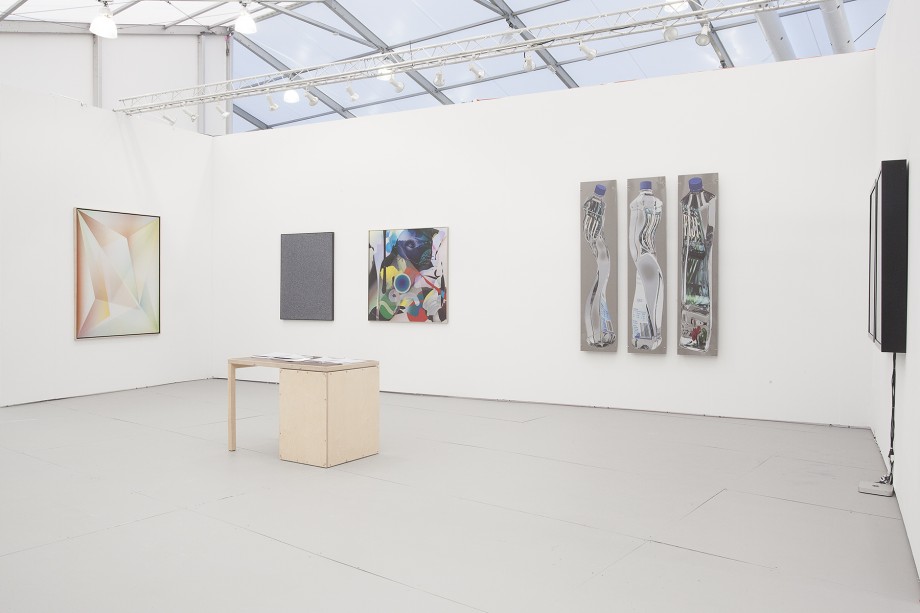 Luis Hidalgo (born 1981, Mexico City) studied at La Esmeralda, Mexico City. He has collaborated and exhibited with Magali Lara since 2001. He had a solo exhibition with Steve Turner Contemporary in 2014.  His digital animations have been included in exhibitions at La Muse en Circuit, Paris; Jumex Foundation, Mexico City; El Cubo, Tijuana and Recoleta Cultural Center, Buenos Aires. He lives and works in Cuernavaca, Mexico.

Yung Jake was born on the Internet in 2011. He is best known for his rap videos that integrate the worlds of hip-hop, technology, social media and contemporary art. Datamosh (2011) parodied the trend in music video of datamoshing (a digital technique that distorts images) while playing to a contemporary digital art audience. In E.m-bed.de/d (2012), he commented on the pursuit of Internet fame. He has had two solo shows with Steve Turner and a solo project at the 2014 fair, Art Berlin Contemporary. His work has been screened at Sundance (2013) and he has performed in Los Angeles at the Hammer Museum and Redcat (2013) and at MOCA (2014). He earned a BFA at CalArts in 2012.

Jonas Lund (born 1984, Linköping, Sweden) creates paintings, sculpture, photography, websites and performances that incorporate data from his studies of art world trends and behavior. He earned an MA at Piet Zwart Institute, Rotterdam (2013) and a BFA at Gerrit Rietveld Academy, Amsterdam (2009). He has had solo exhibitions at Steve Turner, Los Angeles (2014); Boetzelaer|Nispen, Amsterdam (2014); Showroom MAMA, Rotterdam (2013); and has had work included in numerous group exhibitions including at Eyebeam, New York; New Museum, New York, Xpo Gallery, Paris; Van Abbemuseum, Eindhoven, De Hallen, Haarlem and the Moving Museum, Istanbul. His work has been written about on Rhizome, Huffington Post, Furtherfield and Wired. He lives and works in Amsterdam and Berlin.

Rafaël Rozendaal (born 1980, Amsterdam) has had solo exhibitions at Steve Turner, Los Angeles (2012 and 2014); Spencer Brownstone, New York (2010), TSCA Gallery, Tokyo (2010), Netherlands Media Art Institute, Amsterdam (2010) and Stedelijk Museum, Amsterdam (2006). His works were presented on the world’s largest LED screen in Seoul Square (2012, curated by Lauren Cornell) and have been included in the Internet Pavillion at the Venice Biennial (2009) and the Valencia Biennial (2005). He also participated in Maps for the 21st Century at the DLD Conference in Munich (2012, curated by Johannes Fricke & Hans Ulrich Obrist). He lives and works everywhere.

Michael Staniak (born 1982, Melbourne) earned a BFA and an MFA from the Victorian College of the Arts, Melbourne as well as a BA from Middle Tennessee State University. In 2014 he had solo exhibitions at Steve Turner and at Art Brussels. His work was also included in group shows at the Moving Museum’s Istanbul project and Kunsthalle Vienna. He will have a solo exhibition at the Contemporary Art Museum, St. Louis in 2015.