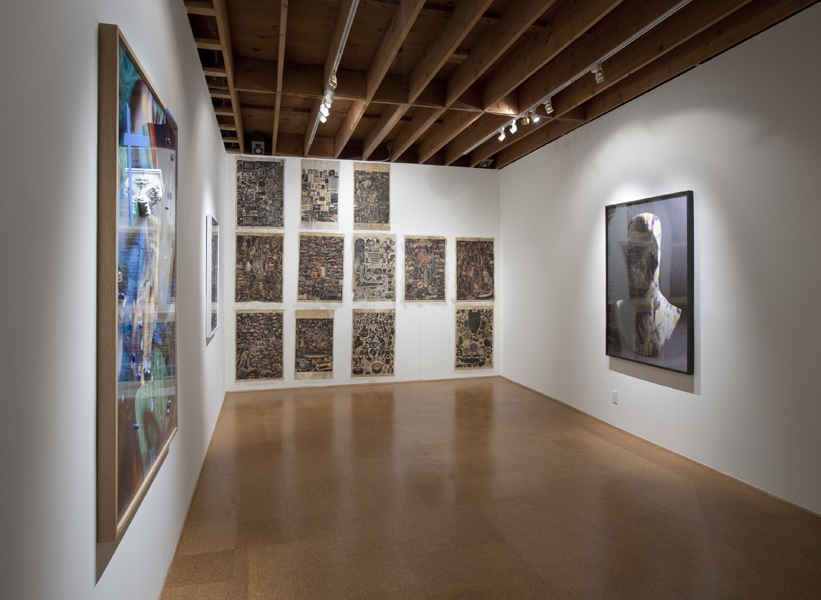 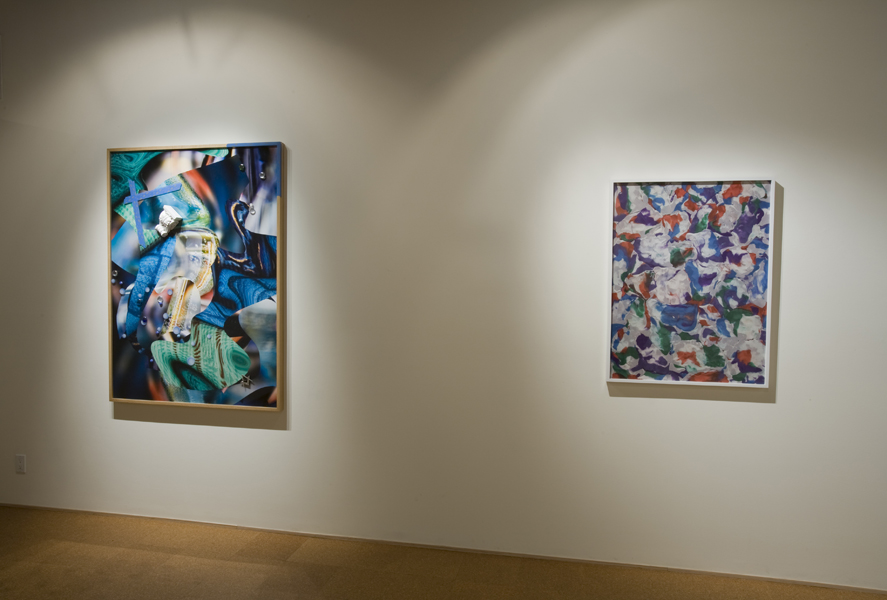 Steve Turner Contemporary is pleased to present 1:1 featuring new work by Theo Michael, Jon Rafman, Travess Smalley and Kate Steciw, where all of the works were generated through the use of computer technology. Smalley creates clay sculptures that he places on a flatbed scanner to capture their likeness; Rafman uses Mudbox to model three dimensional busts that overlay the patterns of a specific abstract expressionist painting and Steciw and Michael use Photoshop, the former to create abstract digital collages from stock images and the latter to create collages of found internet images from his 150,000 large image archive that he began developing in 1999. In 1:1 each artist’s work comes to exist in reality precisely as it appeared on his or her computer screen.

Born in Panorama, Greece in 1978, Mexico City-based Theo Michael studied Fine Art at Aristotle University of Thessaloniki and Utrecht School of Art and earned an MA in Painting from the Wimbledon School of Art. His work has been included in numerous exhibitions worldwide and he is represented by Galeria OMR, Mexico City. He uses intuition, primitivism and the unconscious to counterbalance the over-intellectualization of contemporary art, with the resulting works highlighting irrationality in form and content.

Born in 1981, Jon Rafman is a Montreal-based artist, filmmaker and essayist whose work explores the impact of technology on consciousness. He earned a B.A. in Philosophy and Literature from McGill University and an M .F. A. from the School of the Art Institute of Chicago. His films and artwork have been exhibited at Museum of Contemporary Art, Rome; New Museum, New York; Palais de Tokyo, Paris and Saatchi Gallery, London. His Nine Eyes of Google Street View has been featured in Modern Painter, Frieze, Der Spiegel, Libération, New York Times and Harper’s Magazine.

Born in 1986, Travess Smalley is a New York-based artist who paints with pixels to produce optically dynamic works that straddle the boundaries of physical and digital image making. In his series Composition in Clay he scans colored modeling clay at high resolution to produce photographic prints that are lush and viscous. Smalley studied painting and digital printmaking at VCU before receiving his BFA from Cooper Union in 2010. His work has been exhibited internationally with recent exhibitions at Drawing Room, London; Foxy Production, New York and House of Electronic Arts, Basel.

Born in 1978, Kate Steciw is New York-based artist who earned a BA from Smith College and an MFA from the School of the Art Institute of Chicago. She has had solo exhibitions at Green Room, London and Toomer Labzda, New York with her work included in group exhibitions at Higher Pictures, Horton Gallery, BAMart, Stadium and foxy production. Steciw applies skills learned as a professional retoucher to create abstract digital collages from stock images which are then combined with 3D elements in photo-based sculptural works. Utilizing unseen aspects of the images (keywords, metadata), she links the imagery with objects and embellishments found online to materialize the kind of nonlinear logic native to the online experience.