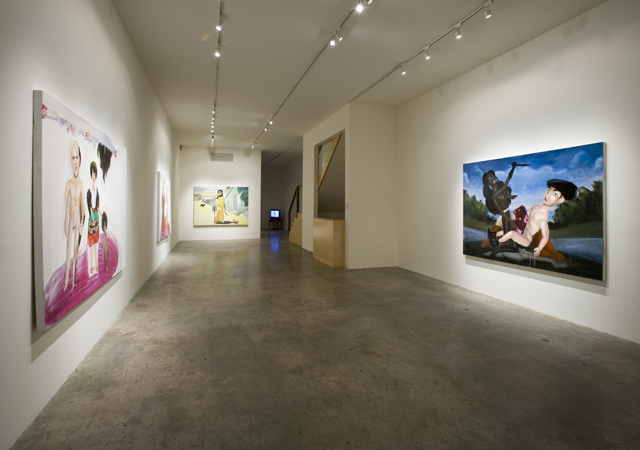 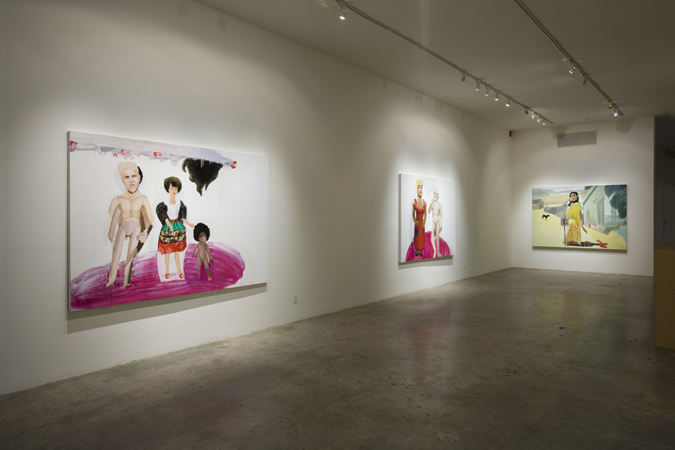 Steve Turner Contemporary is pleased to present Los Más Bárbaros (The Most Barbaric), featuring four recent paintings and a video by Alida Cervantes. The paintings are inspired by Colonial Mexican casta paintings which depict a variety of racially diverse couples and their offspring in different settings, often arranged denoting their social class. Cervantes’ paintings depict mixed-raced men, women and children using a loosely painted style to create an eerie, disjointed interpretation of race amidst images of violence and aggression. In her video, a cross-dressing satire, the artist plays the character of El Puro, a Cuban exile living in San Diego who has a regular daytime job but whose fantasy is to be a Cuban salsa singer.

Born in San Diego in 1972, Alida Cervantes earned a BA from The University of California, San Diego (1995); studied at Scuola di Arte Lorenzo di Medici in Florence, Italy and is currently an MFA candidate at UC San Diego. This is her first solo exhibition with the gallery. Cervantes lives and works in San Diego and Tijuana.