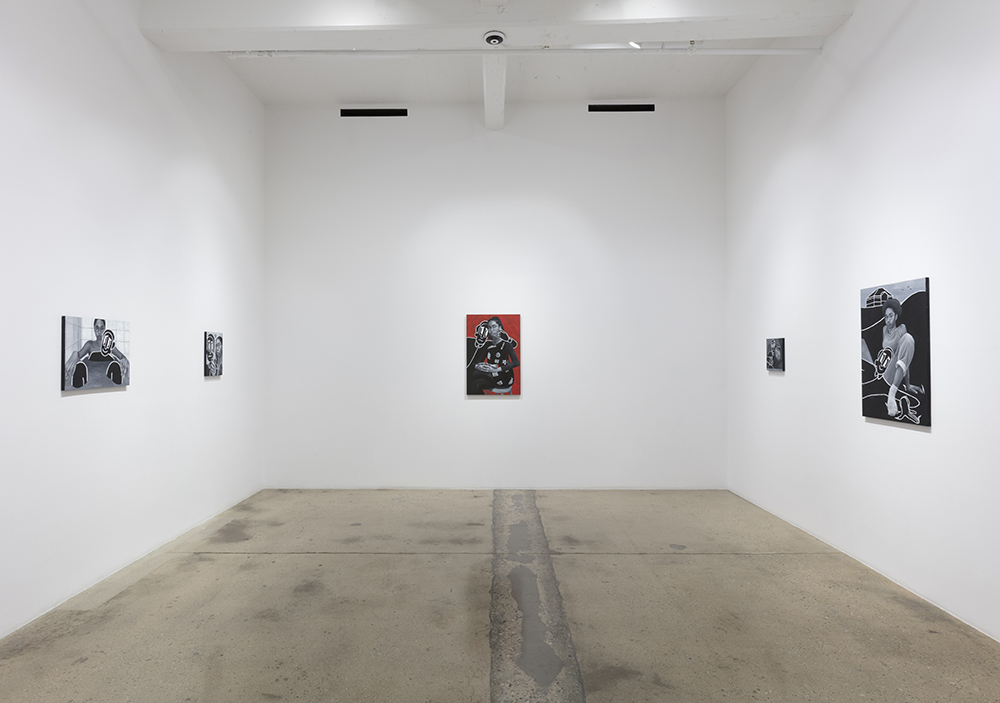 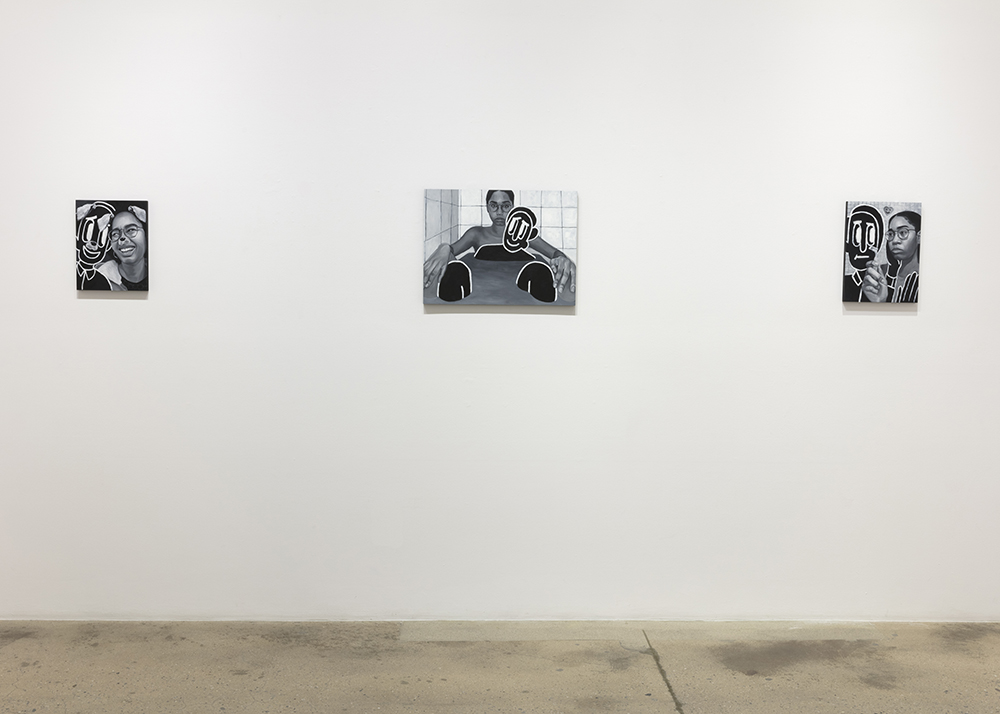 Steve Turner is pleased to present Company, a solo exhibition by New York-based Brittany Tucker that consists of paintings combining the artist’s likeness with that of a cartoonish image of a generic white man. Tucker misrepresents the white figure in order to address the uneasy relationship between American blackness and whiteness and to offset the stereotype characters from minstrelsy. By rendering herself realistically, she makes herself the primary subject while the white man is the joke of the painting.