It will never be known how this has to be told 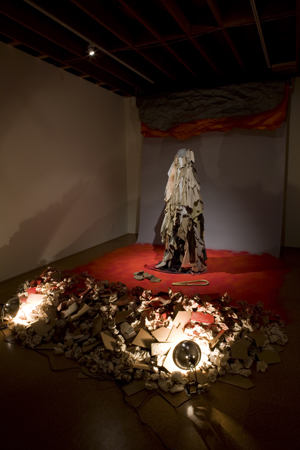 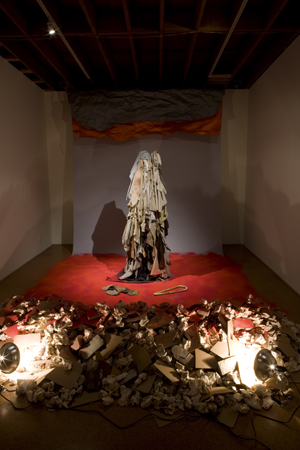 It will never be known how this has to be told, Installation view, Steve Turner Contemporary, March 2010.

It will never be known how this has to be told, Installation view, Steve Turner Contemporary, March 2010.

And in a way I’m hoping
To be done with all these looks of disbelief.
An eye for an eye
And a tooth for a tooth
And anyway there was no proof
Nor a motive why…

And the mercy seat is waiting
And I think my head is burning
And in a way I’m yearning
To be done with all this measuring of truth.
An eye for an eye
And a tooth for a tooth
And anyway I told the truth
And I’m not afraid to die.

Chicago Tribune
Man executed on disproved forensics:
Fire that killed his 3 children could have been accidental
By Steve Mills and Maurice Possley
December 9, 2004

CORSICANA, Texas – Strapped to a gurney in Texas’ death chamber earlier this year, just moments from his execution for setting a fire that killed his three daughters, Cameron Todd Willingham declared his innocence one last time.

“I am an innocent man, convicted of a crime I did not commit,” Willingham said angrily. “I have been persecuted for 12 years for something I did not do.”

A boy’s voice tells the story of a fire. Three children dead, their father executed for their murders. The boy is an innocent attempting to tell the story of another, doubt infecting both.

We have a set for a children’s play that will never occur, where color and texture tell the stories better than words, though words try. The boy’s voice echoes in the chamber, he tangles up words like “arkus” for “arson” and “smoke simulation” for “smoke inhalation.” Papier m�ch� rubble mixes with the real, theatrical lights set close to the ground point toward an accumulation of beige, taupe, and grey clothing, the shadows play behind it onto three seamless paper backdrops (grey, orange, grey), red and orange dust cover the scene. Kiddie theatrics blend with art history: Joseph Beuys legends shifted outwards away from the myth of the artist and employed to unclench other modern myths, hard-edged abstraction goes soft, billows out, enshrouds, both losing their soap boxes for something much more ambiguous, personal, misfortunate.

Emily Mast lives and works in Los Angeles. She works primarily with performance, installation and writing. She has had solo shows at the Roski Gallery in Los Angeles, Samson Projects in Boston, and The Paris Project Room in Paris, and has collaborated with numerous actors, dancers, writers, composers, choreographers, musicians and visual artists. She was a resident artist at Yaddo, Skowhegan, and participated in the Mountain School of Art and unitednationsplaza, Berlin. In 2009, she received her MFA from USC.