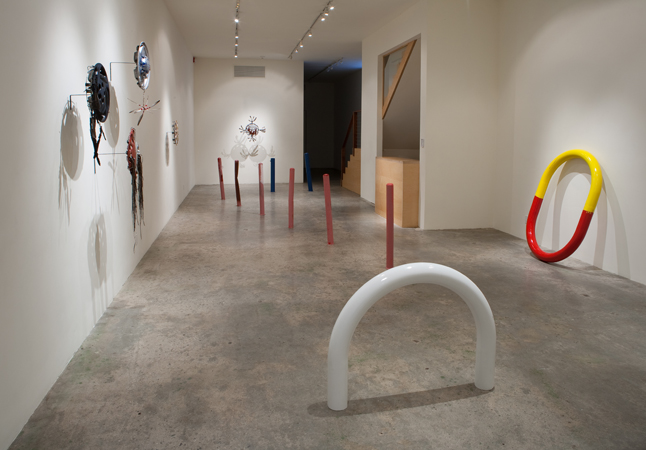 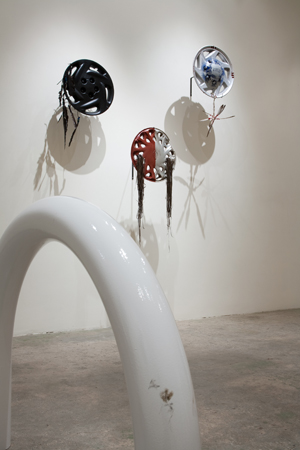 Steve Turner Contemporary is pleased to present Elysian Parking, Joshua Callaghan’s second solo exhibition at the gallery. It features new sculptural works rooted in the artist’s examination of the banal, broken fragments of our built environment. Whether culled from the gutter, picked out of the weeds on the margins of the freeways, or found in the grass in public parks, these shards form not only a narrative of the present, but also fodder for future archeologists. These scraps reveal much about our true nature, and involve the relationship between the human body, the automobile, and the urban “crudscape.” The unlikely pairing of hubcaps and pigeon feathers seeks to release hidden powers drawn from an industrialized-Native American pre-apocalyptic conglomeration. Elysium has been paved, and heaven is now a parking lot where the virtuous heroes of battle always find a space.