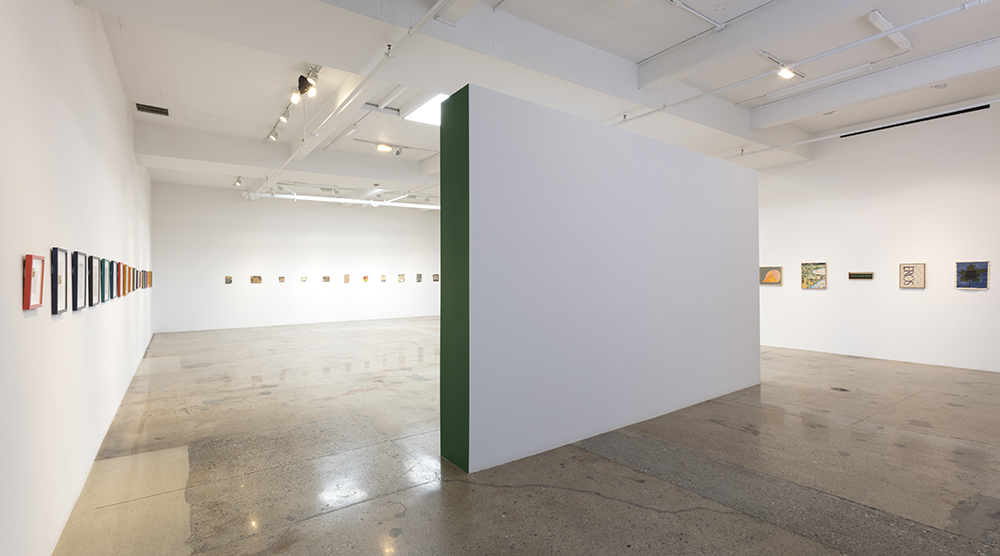 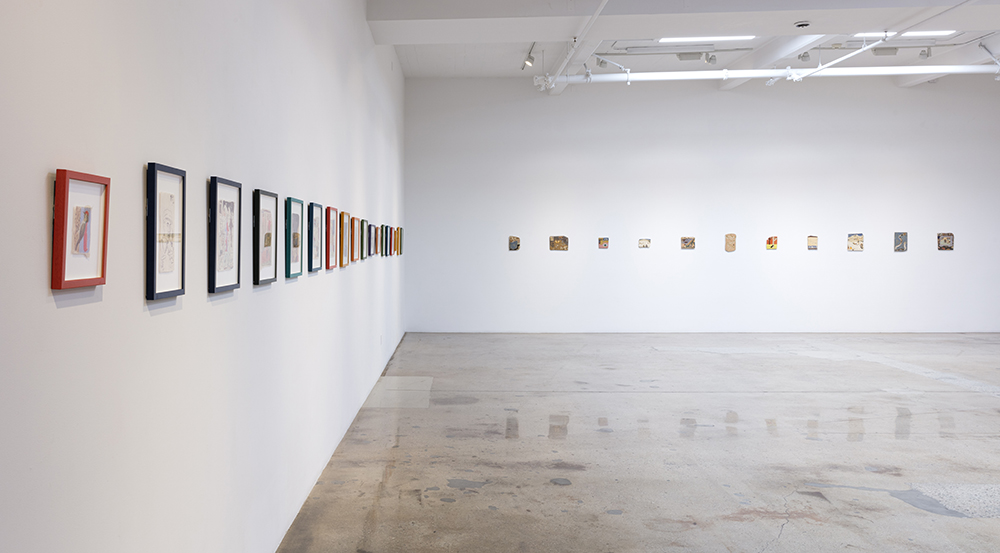 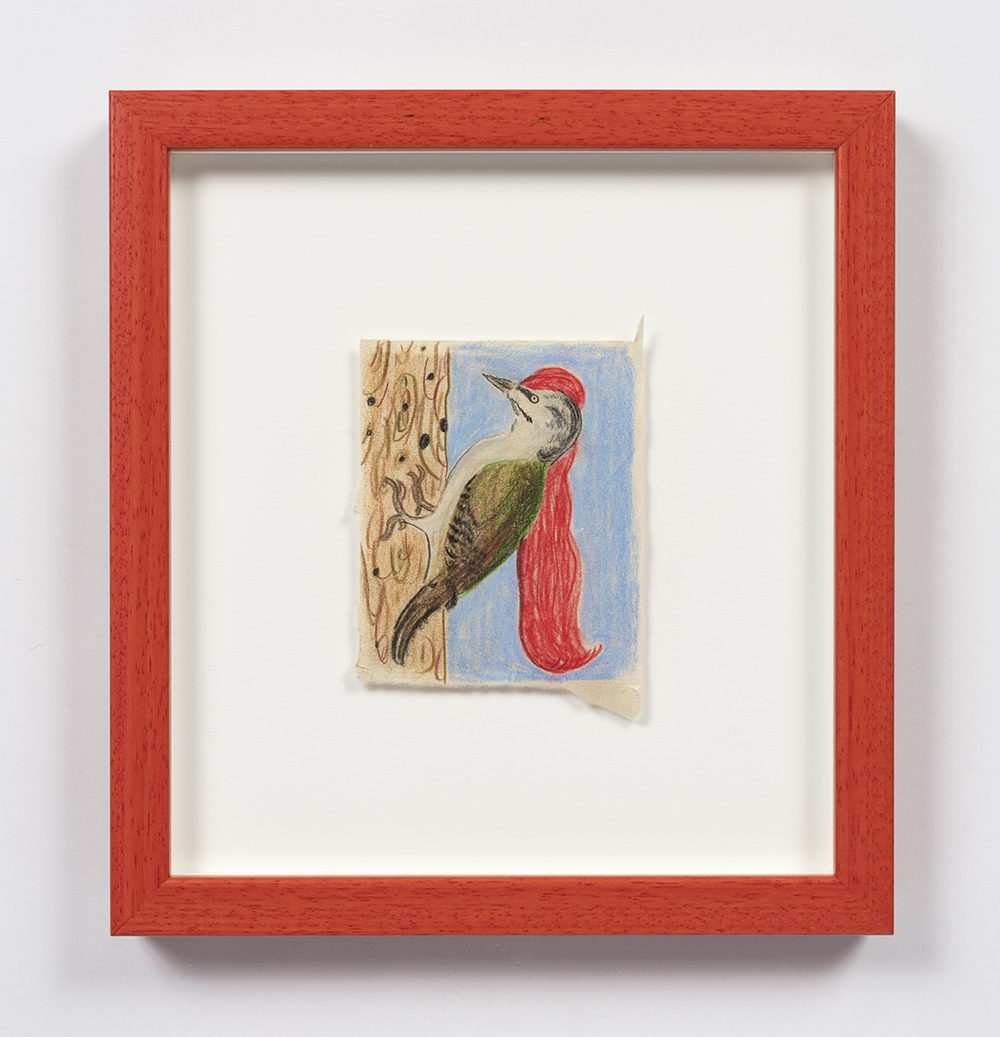 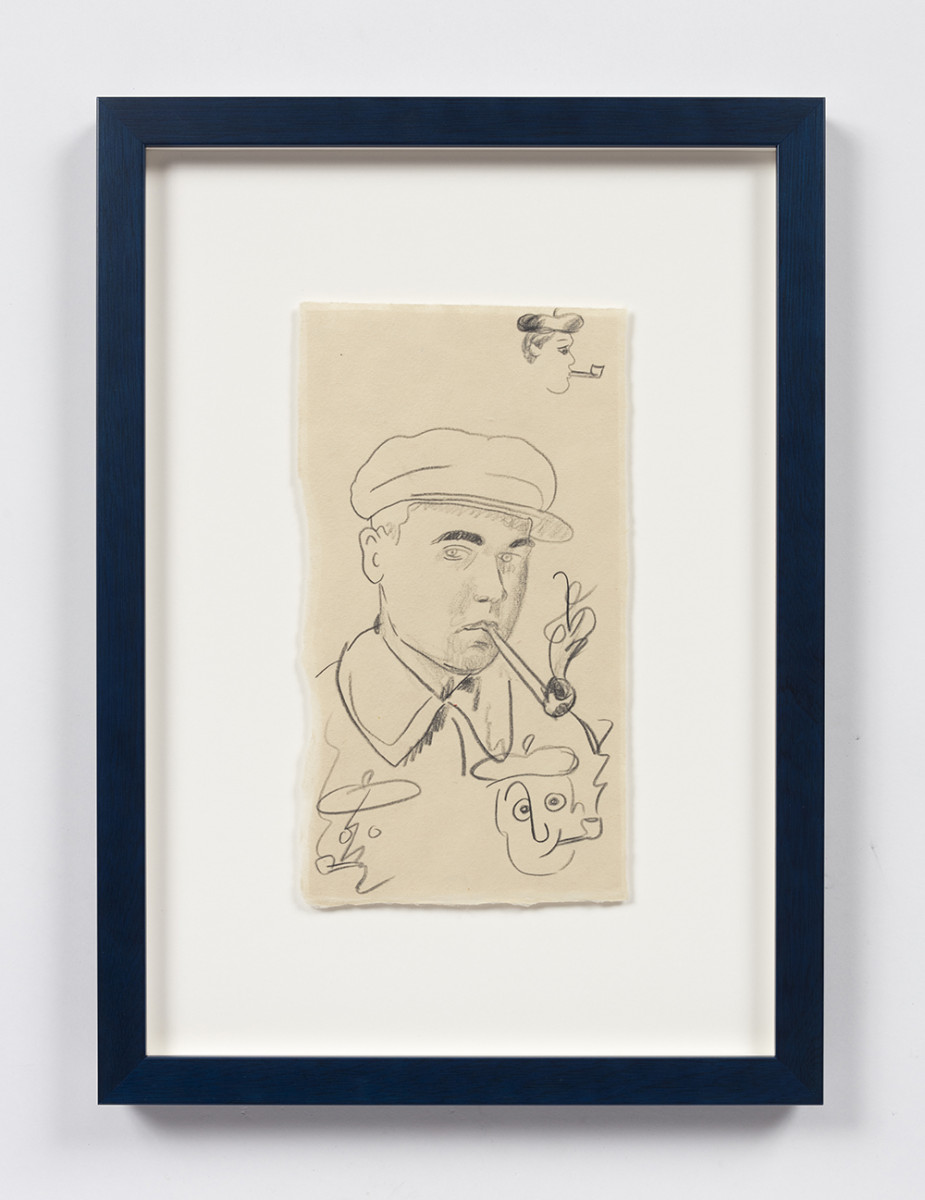 McNamee-Tweed’s drawings and ceramic paintings are no larger than a sheet of letter-sized paper, while his paintings on fabric span upwards from there, the largest equal to a newspaper spread. The ceramic paintings are irregularly shaped, textured with incised lines and pinches of clay, and finished with a wide range of glazes. The drawings are on irregularly shaped pieces of paper with lines that are scratchy, sinuous, dense or spare. The paintings on fabric reveal process, some with pencil or ink, suggesting an edit, some with a collaged element and many finished with a hand-made frame.

McNamee-Tweed’s works depict images that reflect the artist’s wide array of thoughts and observations in which words figure prominently.  Long Red Haired Woodpecker is a literal depiction of a long-haired woodpecker pecking a tree with its long red hair hanging down. It is a species of the artist’s invention, not to be confused with the actual “hairy woodpecker” or “downy woodpecker.” Stop exists in two versions: as a ceramic painting and as an acrylic on canvas painting. Both depict the word “STOP” spelled backwards with each letter also depicted backwards. Another fanciful image also exists in two different works: Painter, Thinker, Creator (The Boats) and Painter, Boats. Both show a painter in front of his outdoor easel as he looks at a landscape featuring boats on a tree-lined sea. In contrast, the painter’s canvas shows only two blobby shapes against a blue background. Three four-letter words—long, stop and boat—loom large in each work.

As words are prominent in McNamee-Tweed’s paintings and drawings, they are nearly entirely absent in his latest artist’s book, where the only words to appear are those on the cover: “Kevin McNamee-Tweed Paintings.” Inside are 150 photographs of signage, ranging from the handmade to the mass produced, each captured by McNamee-Tweed with a simple digital camera, never a phone, during the months leading up to the exhibition. According to the artist, the book functions as a catalog of signs.

The Semi-Finalist: How to File the Titles of Kevin McNamee-Tweed

Los Angeles Time: Commentary: I visited four reopened art galleries. The experience was not what I expected