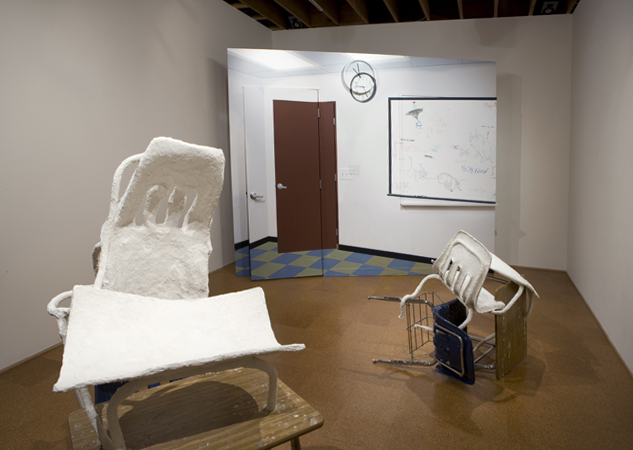 Steve Turner Contemporary is pleased to present Molting Exercises, a sculptural installation by Michael Henry Hayden comprised of school desks which are growing out from their original industrial design. In displaying them against the painted backdrop of an empty classroom, Hayden explores ideas of metamorphosis and transformation in an inorganic environment.