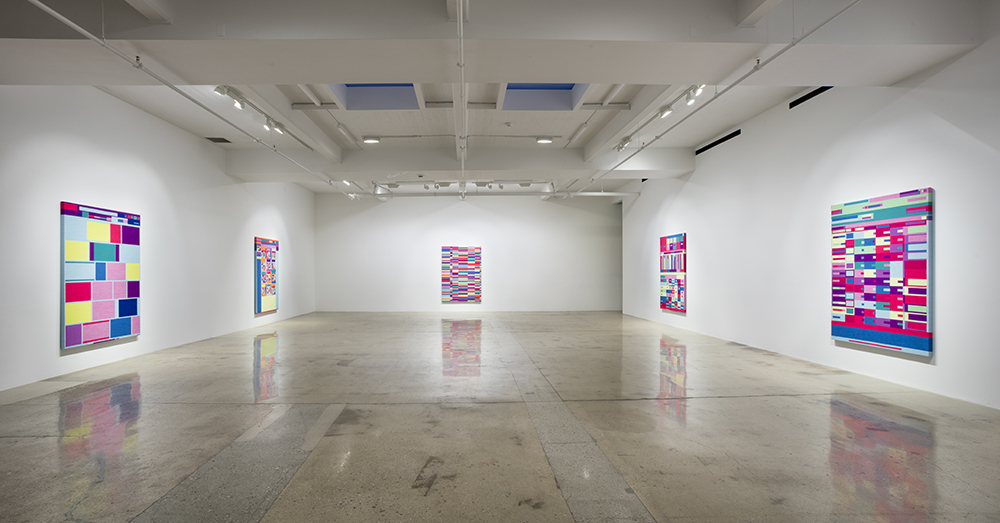 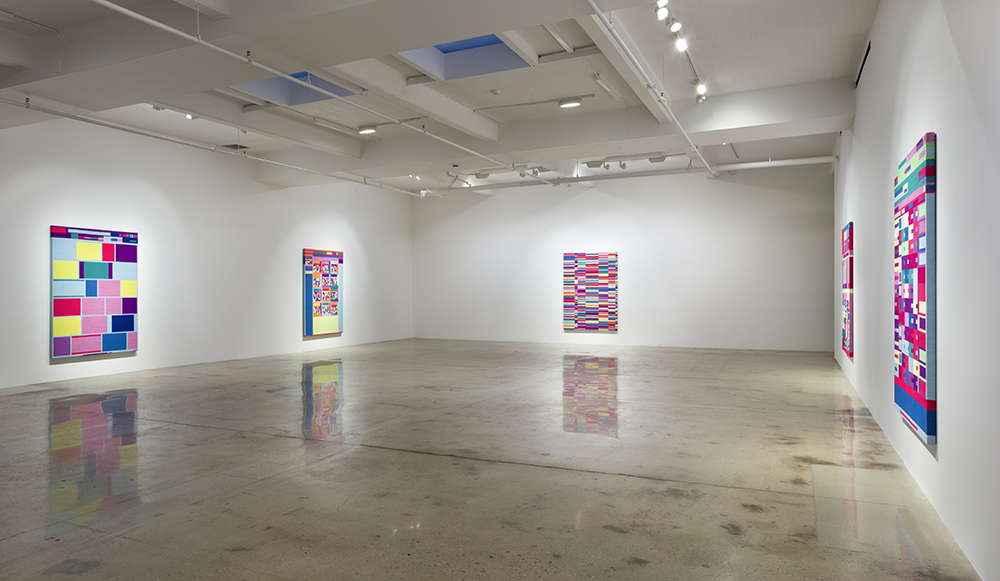 Steve Turner is pleased to present Portraits, a solo exhibition by Rafaël Rozendaal that will feature new Jacquard weavings that result from the artist’s everyday use of the “abstract browsing” plugin that he created several years ago to view any website as an abstract composition. (He chose to produce the works as Jacquard weavings because they are considered as an important development in the history of computing hardware.) Rozendaal hunts for “anti-compositions,” those he believes no one would have created on his own. Whenever he finds one that he likes, he takes a screenshot—he has saved thousands of them. For this exhibition, he narrowed the field, choosing only a few images to produce as weavings. In contrast to the software which is fast and fluid, the weaving process is expensive and slow. Rozendaal describes making these works as a very painterly process during which he must turn off his brain to search and reflect.

Rafaël Rozendaal (born 1980, Amsterdam) first rose to prominence by using the internet as a venue for the websites he created as pure art. He subsequently has created related lenticular paintings and room installations that incorporate websites. He has had recent solo exhibitions at Upstream Gallery, Amsterdam (2014 & 2016); Postmasters Gallery, New York (2013, 2015 & 2017); Takuro Someya, Tokyo (2016 & 2017) and Steve Turner, Los Angeles (2012, 2014 & 2016). He lives and works everywhere.