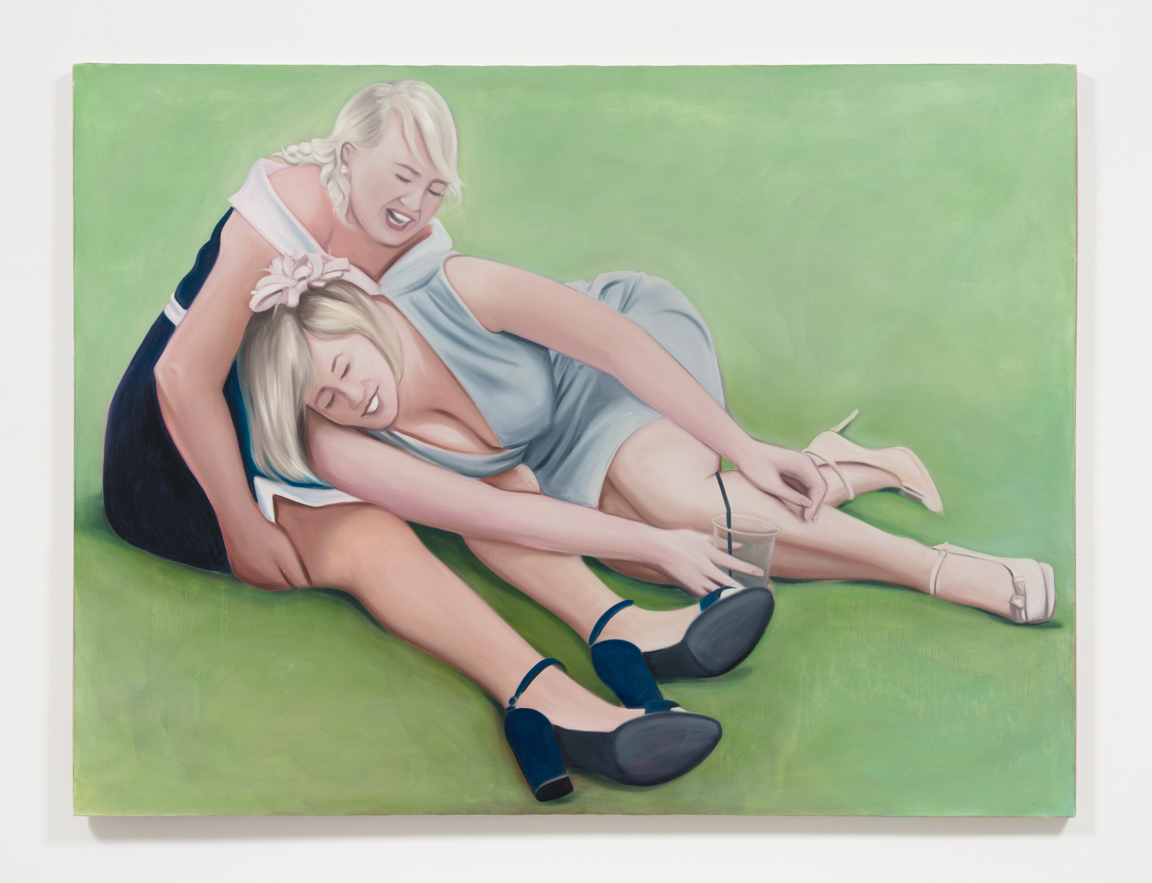 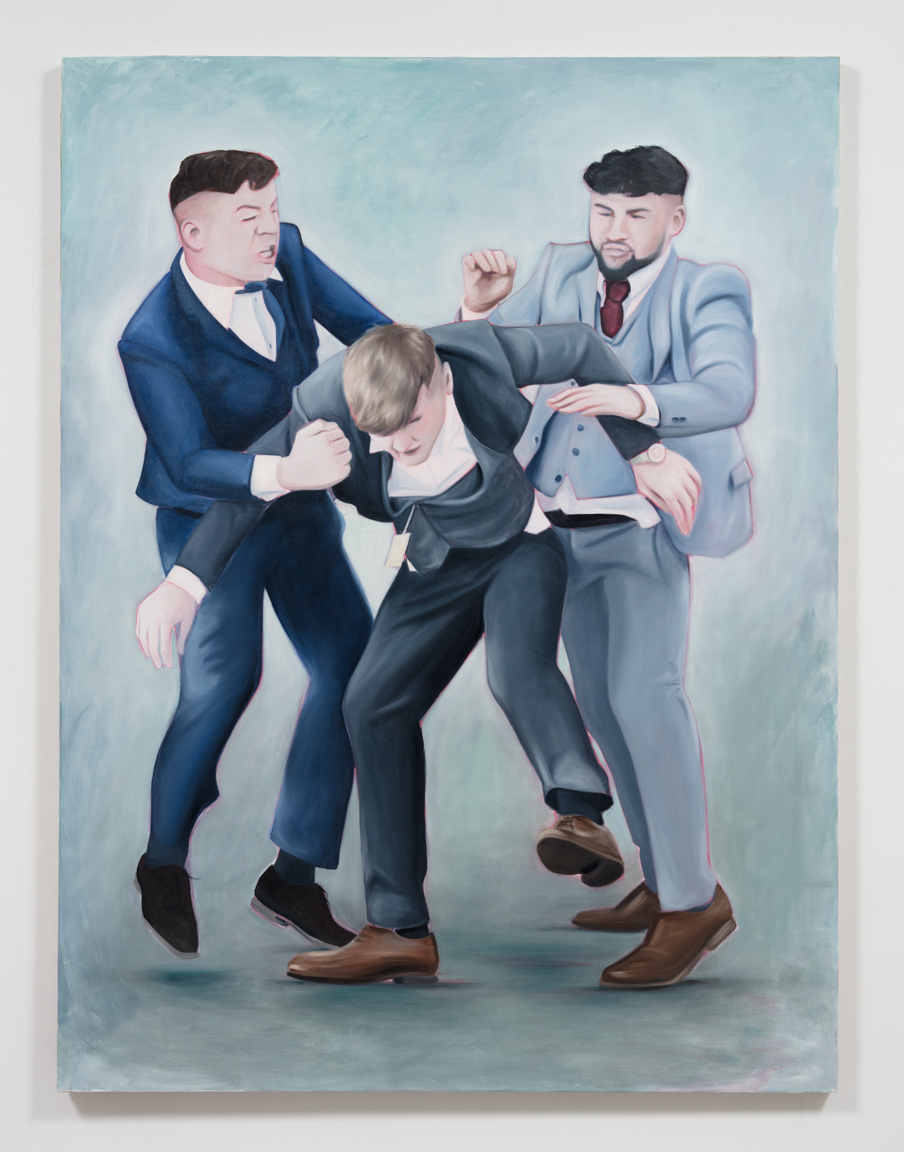 Lydia Blakeley creates paintings of typically British scenes that one might see portrayed in tabloid magazines: scenes from horse races, from dog shows and from rowing competitions. She depicts the characters one might see at these events including the security guards and sniffer dogs who are stationed at the entrance; waiters in the hospitality tent; and tipsy patrons, some of whom have passed out. The paintings are a patchwork of British society with the characters captured in tabloid moments of enjoyment, distraction and oblivion. 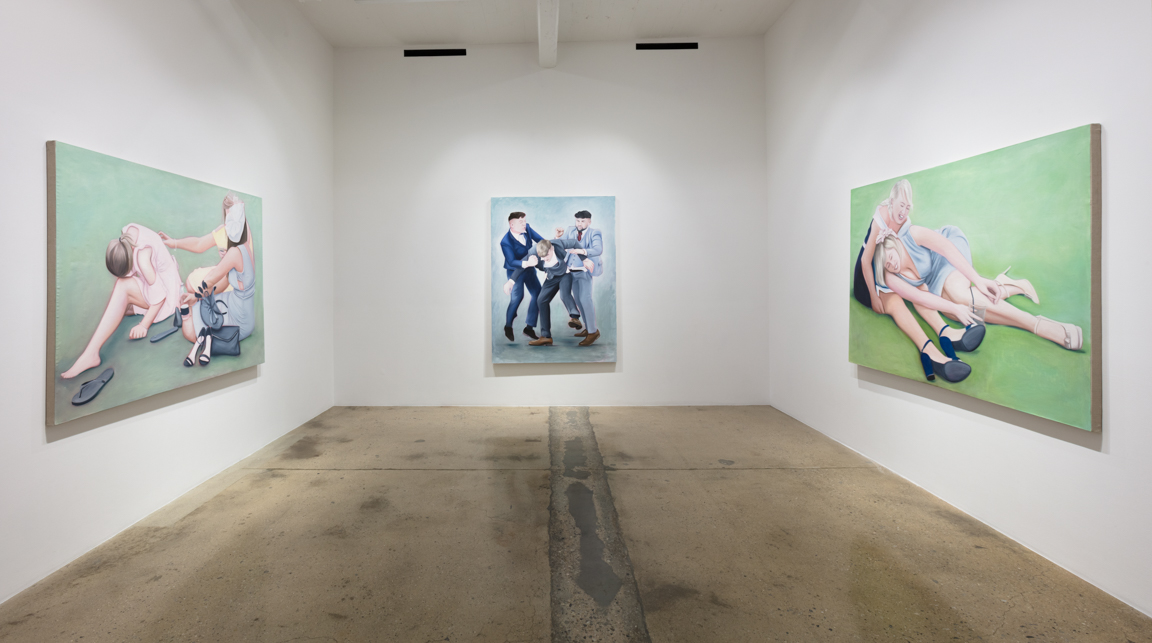 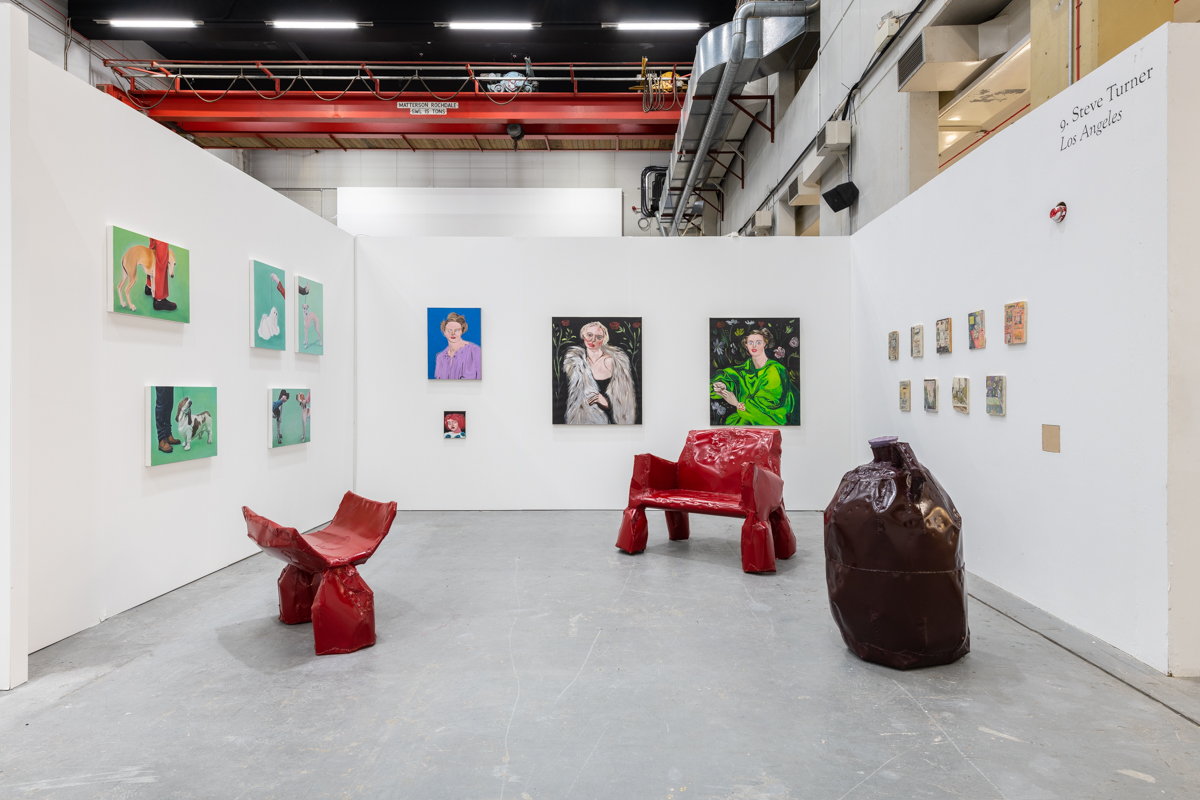