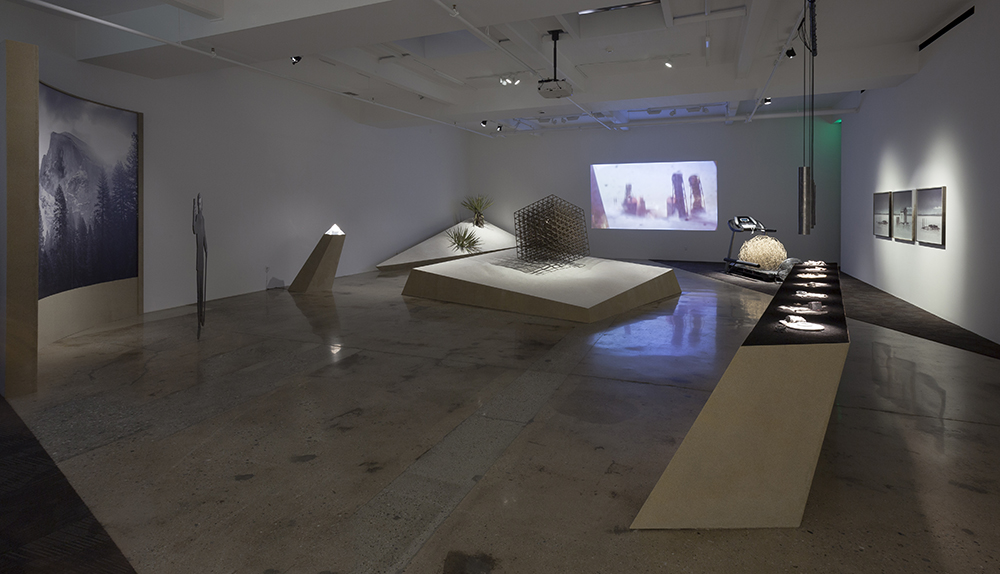 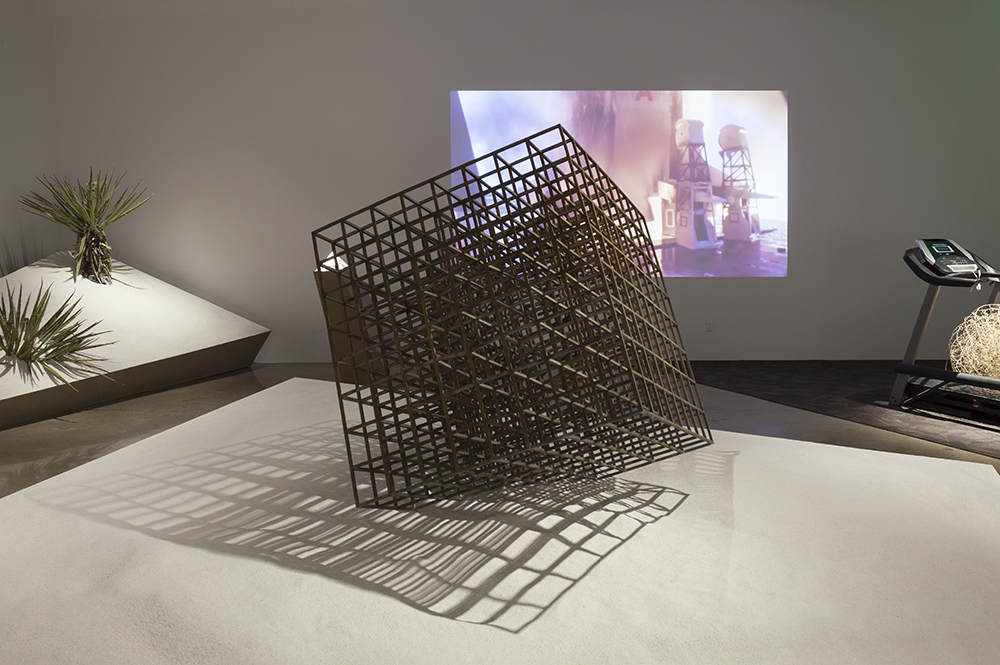 EL CAPITAN – THE CLEAREST WAY TO THE UNIVERSE, 2016. UV print on sintra board; UV print on gator board, MDF and wood, variable dimensions

THE TOWN THAT NEVER WAS, 2016. Melted found object and charcoal powder, dimensions variable

Steve Turner is pleased to present a collaborative exhibition featuring new work by three of Berlin’s most impressive young artists – Julius von Bismarck, Julian Charrière and Felix Kiessling. A quixotic reflection upon the American desert through its representation in museums — especially quirky local ones — Desert Now is also a playful engagement with modernism’s impact on the built environment and the legacy of Land Art. The exhibition takes the form of a museum, whose displays alternate between kitsch, infotainment, the prim, the profane and the pedagogical. From sand dune and atom bomb to gift shop and washroom, Desert Now surveys the strange panorama of Southwestern imagery in its many charms and contradictions.

Known for their adventurous site-specific interventions atop icebergs in the North Atlantic, restricted military facilities, forests, deserts and sea, von Bismarck, Charrière, and Kiessling’s individual artistic practices all share a concern with inhuman forces, elemental materials and processes that play out in enormous scales of time and space. Charting a path between the profound and the absurd, their work offers timely reflections upon the relationship between nature and culture.

Julian Charrière (b.1987, Morges, Switzerland) studied at the Ecole cantonale d’art du Valais and the University of the Arts, Berlin, where he graduated from the Institute for Spatial Experiments under Olafur Eliasson, in 2013. His recent solo exhibitions include: For They That Sow the Wind, Parasol Unit, London; Somewhere, Wilhelm-Hack-Museum, Rudolf-Scharpf-Galerie, Ludwigshafen; Future Fossil Spaces, Musée Cantonal Des Beaux-Arts, Lausanne; One Place Next to Another, Winzavod Centre for Contemporary Art, Moscow; Die Welt Ist Mittelgross, Kunstverein Arnsberg, Arnsberg; and We Are All Astronauts, Centre Culturel Suisse, Paris. Recent group exhibitions include: The Future of Memory, Kunsthalle Wien, Vienna; Rare Earth, Thyssen-Bornemisza Art Contemporary‚ Vienna; the Kochi-Muziris Biennale, Kerala; and the Festival of Future Nows, Neue Nationalgalerie, Berlin. He lives and works in Berlin.

Anja Henckel and Nadim Samman founded the non-profit art space Import Projects (Berlin) in 2012, a platform for probing the intersection of technology, identity and community – showcasing pioneering artists in our post-digital landscape. Their other recent joint projects include the Antarctic Pavilion at the Venice Biennale of Architecture (2014) and Art (2015) and The Cycle Music and Art Festival (Reykjavik) last year and continuing this year. In 2017 they will organize the 1st Antarctic Biennale which will take place on board a Russian scientific research ship and on the world’s southern-most continent.