Almost Nothing Hardly Anything 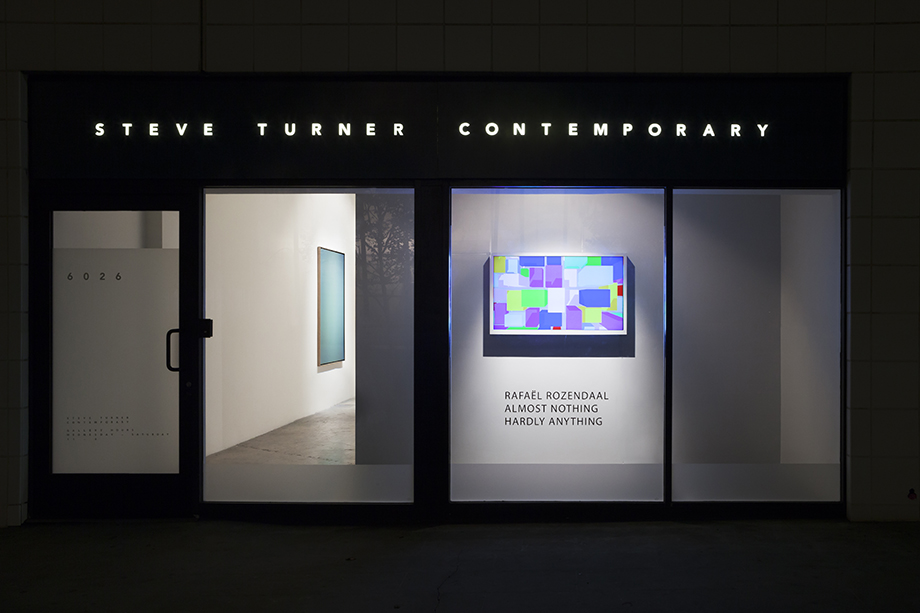 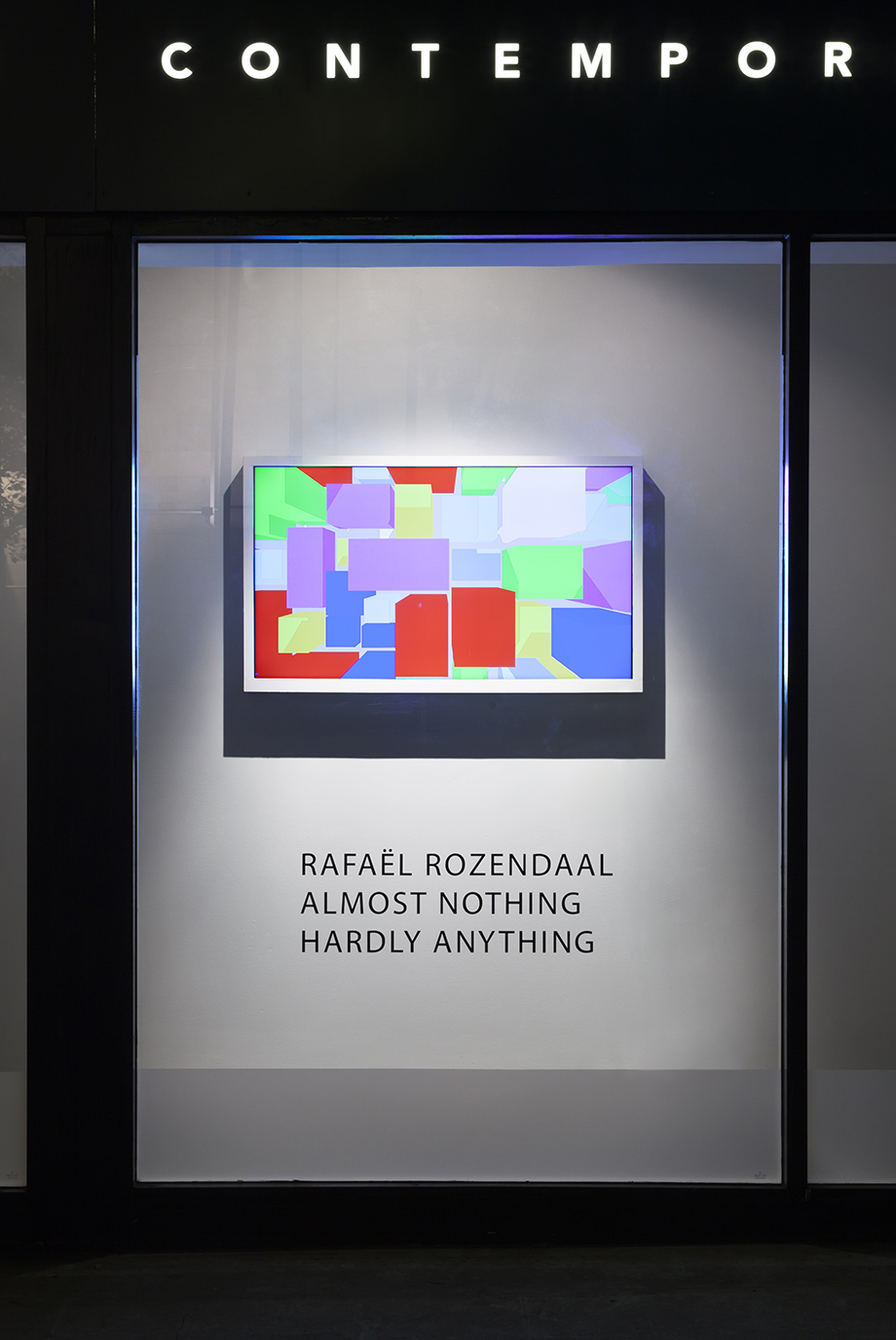 Steve Turner Contemporary is pleased to present Almost Nothing Hardly Anything, Rafaël Rozendaal’s second solo exhibition at the gallery. The exhibition will consist of lenticular paintings and an interactive projection that allows viewers to experience all of the artist’s websites.

Rozendaal first rose to prominence nearly ten years ago by using the internet as a venue for his art with websites he created that incorporate random algorithms and user interaction to extend the linear limits of video. In so doing, Rozendaal’s websites, with their infinite duration, operate like waterfalls—their constant motion becomes the total image. His websites, inherently democratic by being available to all, require that collectors host them indefinitely as a condition of purchase.

Born out the moving imagery of his websites yet in seeming contradiction to them, Rozendaal’s lenticular paintings appear static when seen from a fixed viewing point. However, when the viewer moves, the images become animated, revealing new colors and dimensions—the imagery fluctuates as a result of the viewer’s movement.

Whether in the animated websites or the static-appearing lenticulars, the viewer experiences images that are in an infinite loop of movement, change and recursion.

fill this up .com

nothing ever
happens .com

if no yes .com

if yes no .com

looking at
something .com

towards and beyond .com

yes for sure .com

freedom from
fear and worry .com

to the water .com

the persistence
of sadness .com

from the dark past .com

on my level .com

out in the wind .com

unlike the rest .com

all i can do is .com

much better
than this .com

it will never
be the same .com

on a horse .com

the end of reason .com

fatal to the flesh .com

on and off .org

everything you see
is in the past .com

we will attack .com

i am very very
sorry .com

why was he sad .com