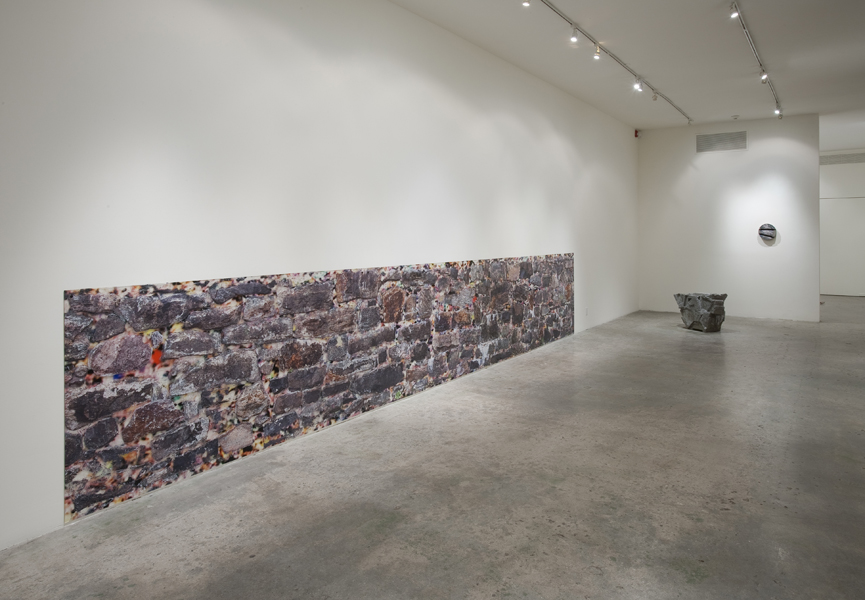 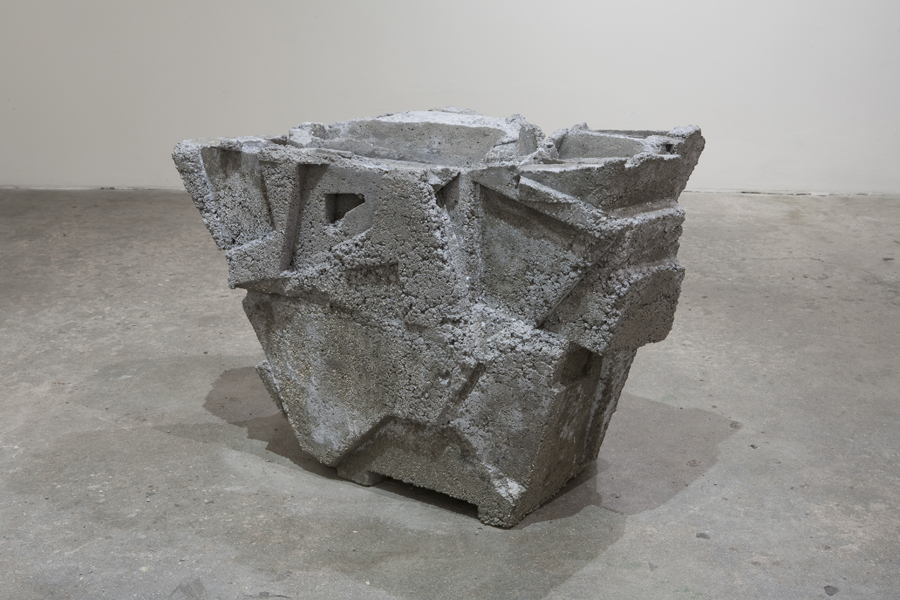 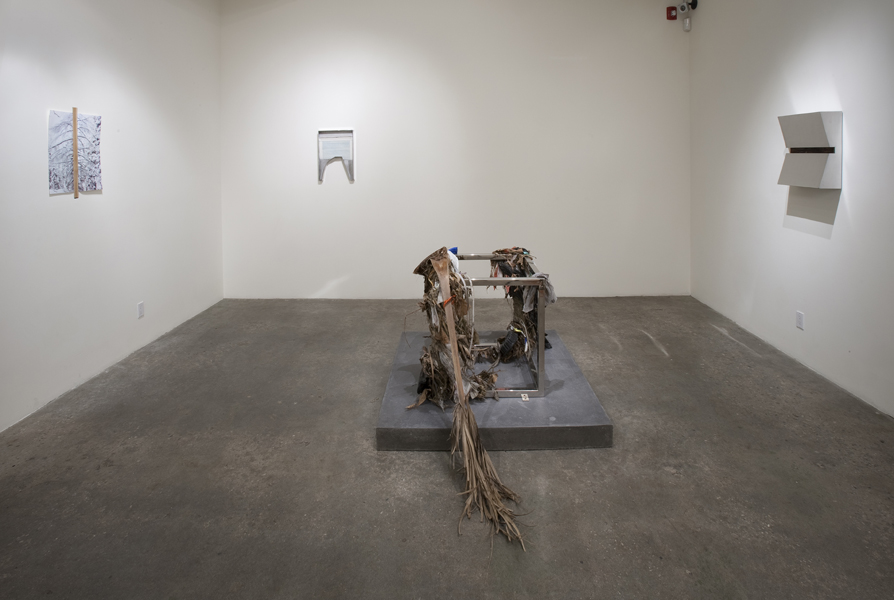 For these six artists who live in the most populated cities in North America (Los Angeles, New York, Mexico City), nature is often contained and regulated by man. NeoNatural, while incorporating elements from nature, also reflects nature as it has been altered by urban existence.

Claude Collins-Stracensky’s Whitman-esqe, romantic understanding of nature is evident in his photographs, whether an image from a hike in the Angeles National Forest or a view of a geyser-like broken sprinkler on a city street. His work, while stemming from formalism, utilizes such natural elements as a palm frond; the arist has perched it atop a sculpted steel rod base.

Eben Goff’s “flood” cubes place modernism in juxtaposition to the forces of nature. These cube frames are bolted in the Los Angeles River, capturing the dross that accumulates and flows through the river, especially during rainstorms. The results are dynamic, a combination of man-made and natural debris.

Ethan Greenbaum’s work often begins with photographs of building materials or architectural surfaces found in his travels throughout New York City. This straightforward imagery is then transcribed through various abstracting filters including digital editing, flatbed printing and vacuum forming. Through this working process, Greenbaum draws connections between the blunt materiality of his sources and the imaginative space of art.

Edgar Orlaineta uses man-made objects that he finds in his everyday life as his starting point. He then manipulates them in order to re-contextualize their function and meaning. Items such as egg crates and medicine bottles are reconfigured in ways that change the objects’ forms. The results often appear as if they were naturally recurring patterns such as those found in seashells, beehives or barnacles, but they are not: the artist has created them all.

Letha Wilson’s photographic sculptures explore the contrasts between the natural world and the man-made. Wilson embeds photographs of nature into materials such as concrete, wood and Styrofoam-or conversely, those materials into photographs. These physical elements form combinations that strike a balance between abstraction and representation, landscape and architecture.